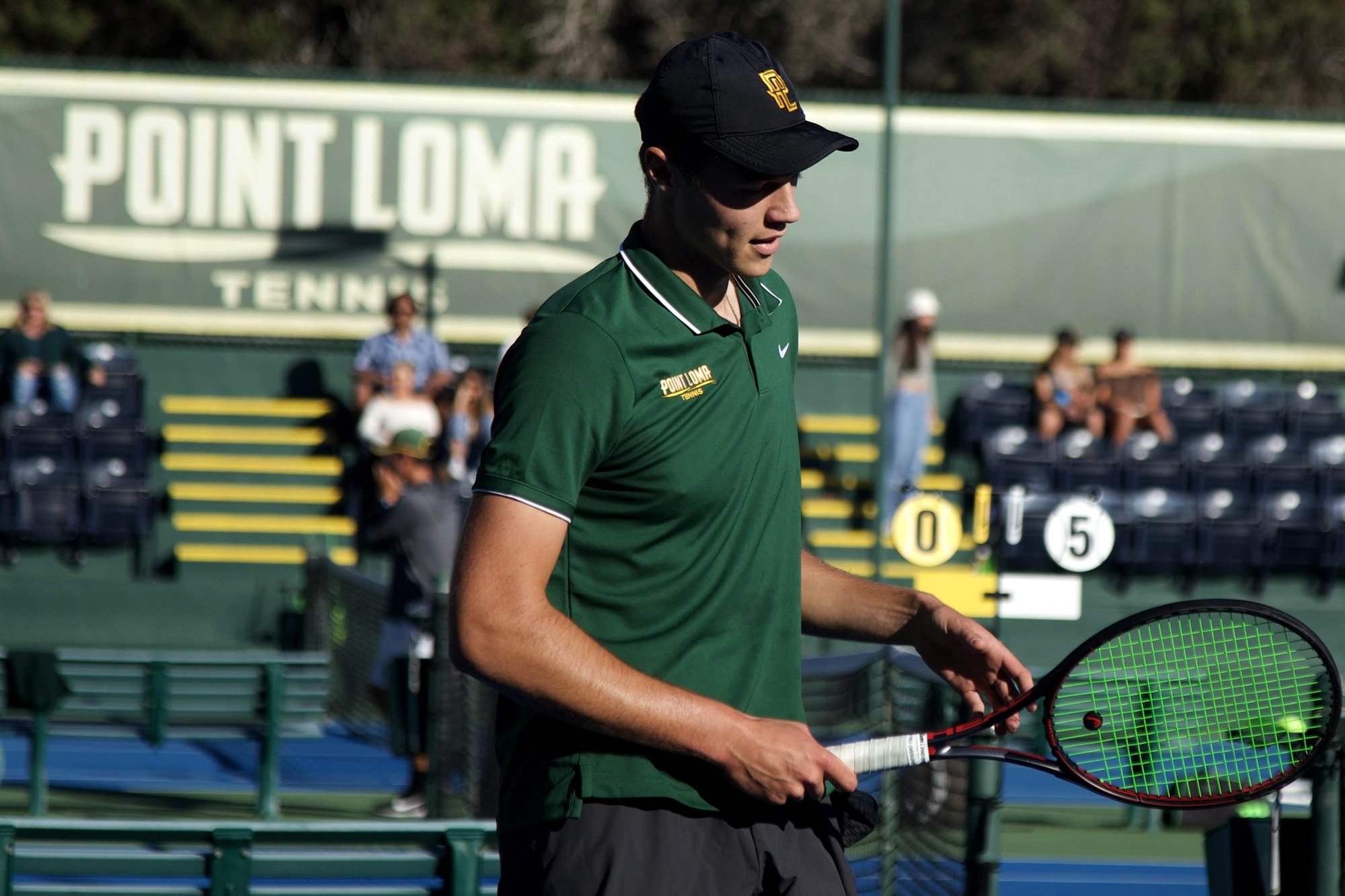 “It feels so good, especially as I wasn’t sure in what shape I was in before the tournament,” said Leischner, the 11th-seed in the tournament. “Especially in the quarterfinal and final, the support from the team and the girls’ team was so important and they pushed me to the title. I think this brings us even closer together.”

Across five matches en route to the regional singles title, Leischner lost only one set, to teammate and eighth-seeded Tyler Davis in Saturday morning’s semifinal, which was won by Leischner in a super tiebreak (7-5, 3-6, 10-6).

“I was feeling pretty well on these courts, and I was returning better than normal,” Leischner said. “My serve is always important for me, and I was never a break down in the important matches.”

Making his singles title even more impressive was his deep run in the doubles portion of the tournament, as Leischner and Fabian Penzkofer reached the championship before finishing as runner-up.

“Fabian is a really good friend from back home in Germany, and we have already played a lot of doubles together,” Leischner said. “We play a similar game style, so it works out pretty well. In the final, he was the best player on the court, but we just lost some important points.”

With his singles championship, Leischner advanced to the ITA Cup in Rome, Georgia, where he was one of 16 players nationally competing. The tournament, which took place Oct. 12-16, consisted of eight regional winners and eight at-large selections. Leischner made it to the semi-finals.