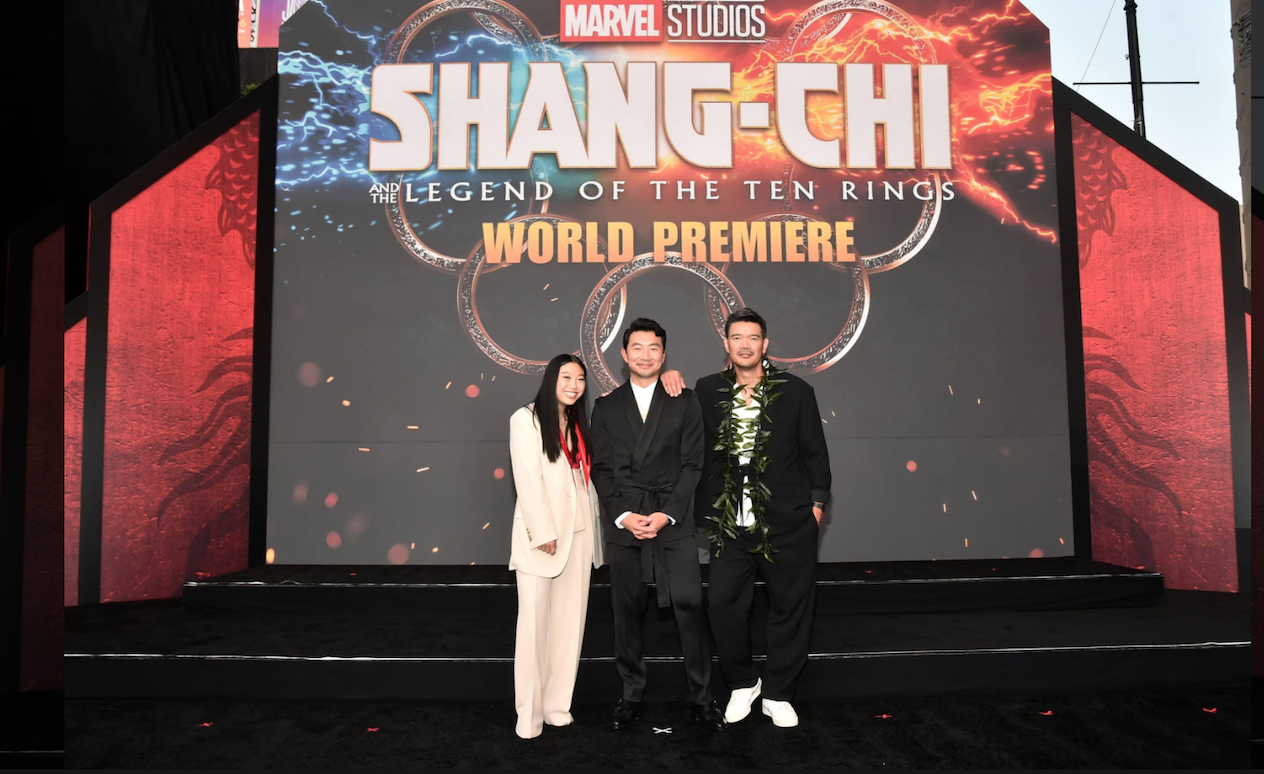 I remember when the preview for Shang-Chi and the Legend of the Ten Rings first dropped; my best friend and I were so excited. It wasn’t just because we’re huge Marvel nerds and love action movies, fight choreography, and character development; but for us, as mixed Filipino college students, this was a groundbreaking moment knowing the movie’s cast and creative team were almost entirely Asian American/Pacific Islander (AAPI) individuals.

Especially with the violence and discrimination AAPI communities faced over the past year, it was profoundly important for my friend and me to see the creation of a mainstream film revolving around people who were Asian or mixed Asian. They were characters who looked like me, my dad, my Lola (grandma); people who shared similar dilemmas with minorities — maybe not the main dilemma in the film of the earth potentially ending with soul-eating demons — the dilemma of finding identity, of running from your heritage.

The movie begins by telling the history of the 10 rings (bracelets that contain superpowers) and their owner. But for most of the movie, it’s about Shawn (Shang) and his journey of becoming the friend, brother, son, and superhero he was meant to be. It’s the ultimate character arc of running from your past and coming full circle to look at your history square in the face and embrace who you are — mistakes and all. As Shang’s aunt said to him at a particularly intense point: “You are a product of all who came before you, the legacy of your family.”

In some ways, this “mirror of our heritage” is something we all eventually have to look into. For the PLNU alum who directed the movie, the story he tells, from my interpretation, is a narrative shared by many of Asian/Pacific Islander descent who struggle to embrace heritage or the past.

Director and alum Destin Daniel Cretton (01) explored his passion for storytelling starting on PLNU’s campus. He was transplanted from Maui to San Diego and, upon arrival at PLNU, to his surprise, he experienced some culture shock. Going from small-town Hawaii to bustling San Diego required an adjustment.

In an interview with journalism professor Dean Nelson, Ph.D., during PLNU’s Homecoming (2021), Cretton said, “There were a lot of things I didn’t know about myself. I didn’t know that growing up in Hawaii gave you an accent. There definitely was a big cultural shock for a lot of us who came over [from Hawaii].”

Cretton’s genuine honesty about his lived experiences and struggles to adjust to a new environment is evident not only in interviews but also seen through his film works. He opened up with Nelson about struggles with anxiety and “people-pleasing” in a very competitive creative industry.

I personally resonate with the anxieties and struggles he has coped with. The concept of the model minority myth, pressures to make an impact in college, while also remaining true to the person my family has made me to be is something I still struggle with.

However, Cretton’s way to combat these insecurities is directly correlated with his art and the films he decides to direct and share.

“I’m drawn to stories about people who are forgotten, or on the outside, or looked down on by society,” he said. “Watching them figure out how to make sense of the world despite that and find self-worth, those are the types of the stories that I seem to be drawn to.”

His fixation on the “forgotten people” and their story is intertwined with the plot of Shang-Chi and the Legend of the Ten Rings. Drawing a parallel with the film, there’s actually a whole community of people isolated from society who end up being the most influential force in saving the world from destruction.

The stories that have been silenced and forgotten are the ones that leave the most influential impression on us, both in movies and real life.

“I’m drawn to stories about people who are forgotten, or on the outside, or looked down on by society. Watching them figure out how to make sense of the world despite that and find self-worth, those are the types of the stories that I seem to be drawn to.”

Cretton sees his film-making career not only as a job but also a creative place to sojourn within during personal exploration and refinement. He’s said in interviews that he approaches the undertaking of directing by determining how the particular film or story can help him become a better person. It’s as if his career fluidly ebbs and flows between a space of personal growth and cinematic creativity. To Cretton, they go hand in hand.

My mind visualizes the fight choreography of Shang-Chi and the Legend of the Ten Rings as an embodiment of Cretton’s directing process. Many of the fight scenes in the movie have a water-like, fluidity to them. They don’t revolve around giant guns and heavy armor, but flowing robes and hand-to-hand combat where the characters often move with the same rhythm. It’s a good visualization of how Cretton’s self-discovery has been connected to his career journey.

Cretton isn’t in the film industry for the money or the fame; those things just aren’t significant enough.

“If all of this is taken away, I should still be able to find personal fulfillment in exploring stories,” said Cretton.

That profound quote made me think. I’m an aspiring journalist who also has an infatuation with storytelling. I have a personal history that walks the border between a very privileged childhood growing up in a comfortable suburb of San Diego and also spending time with my Lola in National City and seeing the cultural differences of Filipino traditions and American values. How does my history impact my story and the stories I want to share?

Much like the character Shang-Chi, I struggle to know how to embrace and utilize my power. I’ll admit, my power isn’t from bracelets that give me superhuman strength; however, like Shang Chi and Cretton, my power is the ability to amplify the underrepresented and historically silenced stories of communities around me and, more broadly, in the world.

The main lesson I learned from Shang-Chi is to not run from my past or hide it.

A person’s story isn’t just a reflection of their history of mistakes and shortcomings but is also a testament to how these things impact who they are now and who they’re meant to be in the future.

A person’s story isn’t just a reflection of their history of mistakes and shortcomings but is also a testament to how these things impact who they are now and who they’re meant to be in the future.

Our stories indeed make for a good film, but, as Cretton would argue, also a good lesson for those around us.