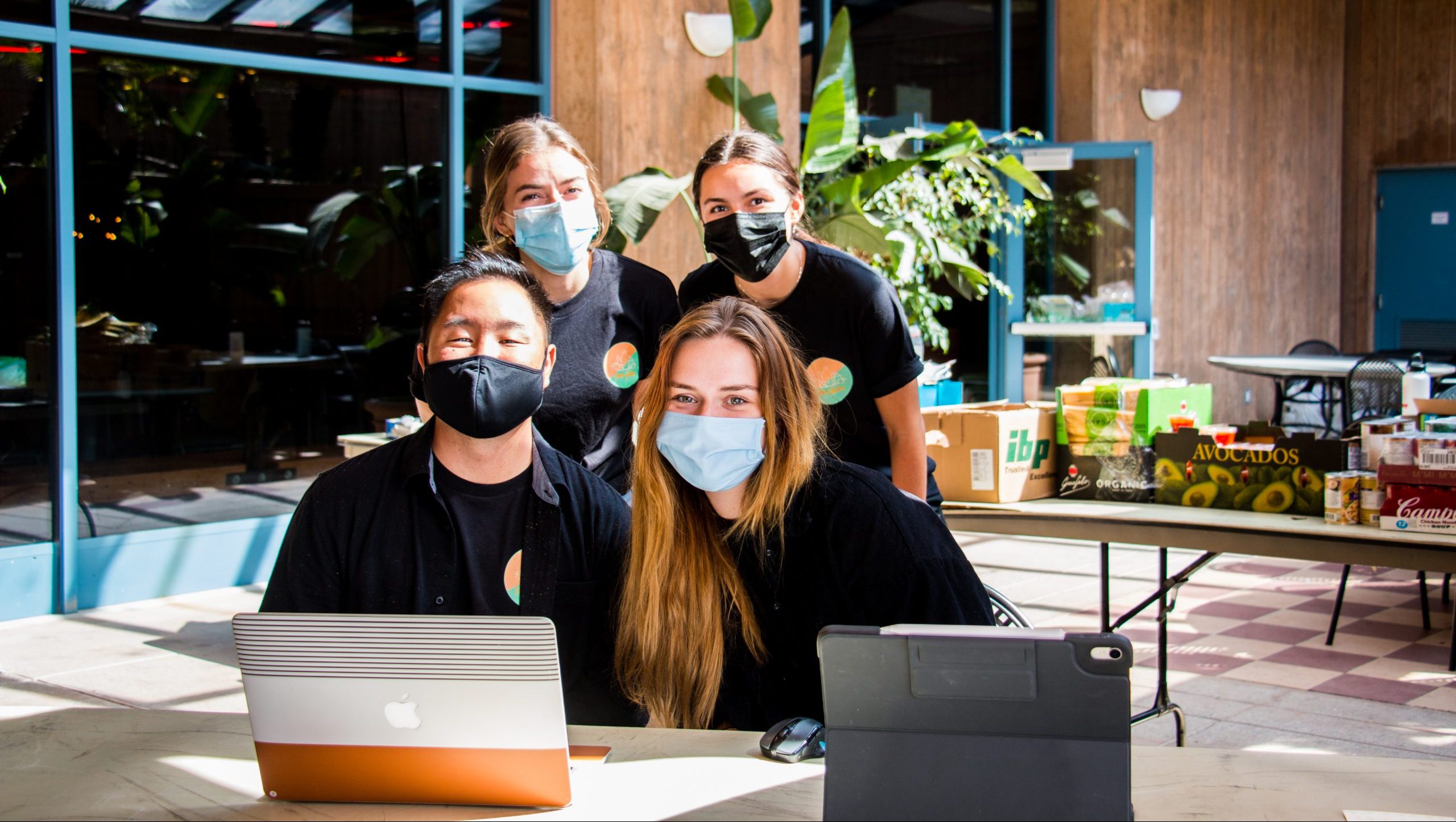 Loma Shares debuted on April 7, 2021 as a food pantry program to help combat food insecurity among PLNU students. From its debut and until May 17, more than 200 students utilized the pantry, according to an email sent to faculty and staff by Jong Yoon, the overseer of the program and the residential director of Goodwin Hall.

Since the program’s launch, Yoon said they have heard countless heartfelt stories of students expressing what Loma Shares means to them.

Charis Johnston, a first-year multimedia journalism and graphic design major, said, “This is a really good thing for Loma students because it addresses the struggle of balancing limited cafeteria swipes and finding grocery money.”

Yoon said the program has seen a rise in participation almost every week Loma Shares has been open.

The pantry offers fresh produce and non-perishable items such as peanut butter, jelly, canned goods, bread and grains. According to Yoon, both produce and non-perishable items come from the Associated Student Body (ASB) and residential life (ResLife), and also AB Jones and Co., a local organization. The price of all the food is fully sponsored by ASB and ResLife, including what comes from AB Jones and Co.

Yoon said the pantry operates in a “farmers market style” where the food is laid out and students can pick and decide what they want. This is “to help empower them to have ownership of what they receive,” Yoon said.

Rachel Struble, a junior marketing major, resident assistant in Goodwin Hall and a volunteer for Loma Shares said some of the popular food items she’s seen students pick up from the pantry include strawberries, cucumbers, bell peppers, rice, oats, tomatoes, onions and lettuce.

Of the 200 plus students that used the pantry from April 7 to May 17, Loma Shares put together some statistics of the students most in need through a Google form that students fill out upon using the pantry. The form asks questions regarding major, living situation, ethnicity and gender. Based on the results, Loma Shares revealed these statistics: 55% of students who used the pantry are residential students and 45% are commuters; 70% are female and 30% are male; 68% are white and 32% are persons of color; 64% are employed and 36% are unemployed. Majors represented are psychology, business, biology, marketing and applied health/nursing.

According to Yoon, Loma Shares isn’t set up to receive donations through PLNU’s University Advancement as a pilot program. Now that the trial period is done, Loma Shares is currently in the process of creating a policy presentation for PLNU’s cabinet on what the next three years for Loma Shares will look like.

This story was originally published in Lomabeat.com. It has been adapted for our platform and can be read in its entirety here.