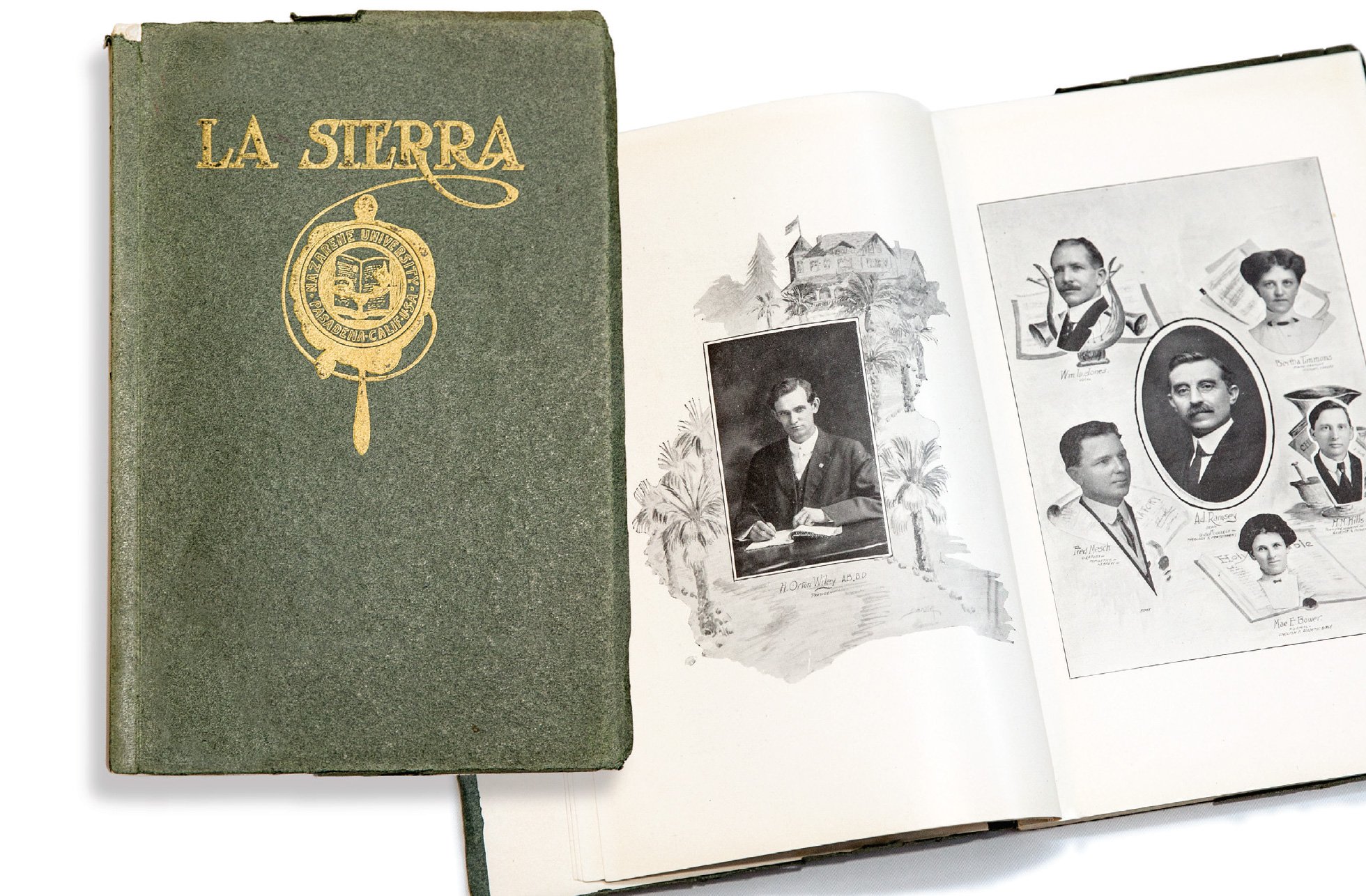 The package came in the mail. What was protected by the bubble wrap envelope? I quickly opened the envelope and discovered a small book. It was evident the book was old. The paper cover had come off and the numerals “1914” had been written on the blank page.

This 114-page book was from Nazarene University (one of several names in PLNU’s history).

As I read, I found myself on the campus of an institution of higher education, which had been established in 1902 in Los Angeles as Pacific Bible College (soon to become Deets Pacific Bible College). The school moved to Pasadena in 1910. I held in my hands one of the early student publications of the university.

Now, let’s look into the contents. Editor-in-chief was Esther Carson, later Esther Winans. Manager-in-chief was Orval Nease. He was later president of Pasadena College and a general superintendent in the Church of the Nazarene.

One of the first pages honored “Our Patrons.” These were: W.E. Hill of San Diego, who made a trip to Pasadena and was able to “save the college” by donating $5,000; Jackson and Sarah Deets, who made a major donation and for whom the Bible College was previously named; and Andrew Adams, who was honored for his personal financial support of many students.

Faculty of 25 were presented in photographs and artwork, indicating their field of study. The president was H. Orton Wiley, A.B., B.D. Dean of the Bible College was A.J. Ramsey. Alex Krag taught French (I had a French class with him in 1937). James Proctor Knott taught history (I had classes from him in 1939). Classes were offered in English, history, science, math, biology, botany, agriculture, oratory, Spanish, art, and music (piano, violin, and choir).

Who were the student leaders in 1914? ASB president was Fred Shields; the treasurer was Floyd Nease. It was indicated that their most important task for the year was to revise the university constitution. Student leaders for each of the schools were listed.

The newspaper had a “literary” section, which included essays, stories, and poems. Topics included: “Lost Art of Meditation” by Wayne Robinson (1917); “Transformation of Abe Caldon” by Floyd Nease (1914); and “Things I Cannot See” by Gladys Bagnell (Academy 1916).

A section was devoted to literary societies named Phineas Literary Society, Philomethean (for girls), Alphadelphians (for boys), and Alpha Zeta. Their purpose was the development of poise and power of expression. Not a society but popular was the Prohibition League. Speaking contests were held, which included competition with other universities, including USC, Redlands, Whittier, Occidental, and Pomona. In 1914, the winner was Guy McHenry from Nazarene University.

There was an Alumni Association in 1914. There were six members, and each member had an office! The president was Effie Goozee. The vice president was Alfred Adams.

A section reported on groups that went out to local churches and to Mexico to hold services and share the stories of revival at the university.

One writer reported on some of the Chapel talks given during the year. Among speakers mentioned were: Professor Ramsey, John T. Hatfield, W.C. Wilson, Bud Robinson, Sister Rees, and P.F. Bresee. Topics mentioned included “Go Straight and Go Through,” “Be a Soldier for Christ,” and “Mind Your Own Business and Run with God.”

A section called “School Notes” was a collection of quotations. An example: “Definition of an orator: A man who talks for his own pleasure.” There was a report on the biology class collecting specimens at the beach, a report of an impromptu party serving ice cream and cake in the boys’ dormitory, and a report that “There are two tables in the dining room where we can expect sagacious people: Miss Sage is at one and Mr. Wise at the other.”

The surprise ending was the advertisements. Most of the ads were from stores in the Pasadena area: clothing, shoes and boots, photography, electrical contractor, restaurants, Nazarene Camp meeting on the campus, and a final ad from Nazarene University, which announced that $200 pays all expenses for one year!

James H. Jackson, Ph.D., is an alum and former professor of PLNU.

Related Article: The growth and rise of the PLNU Science Department.

Wearing Masks in Order to Remove Them: Healing Through Show Business