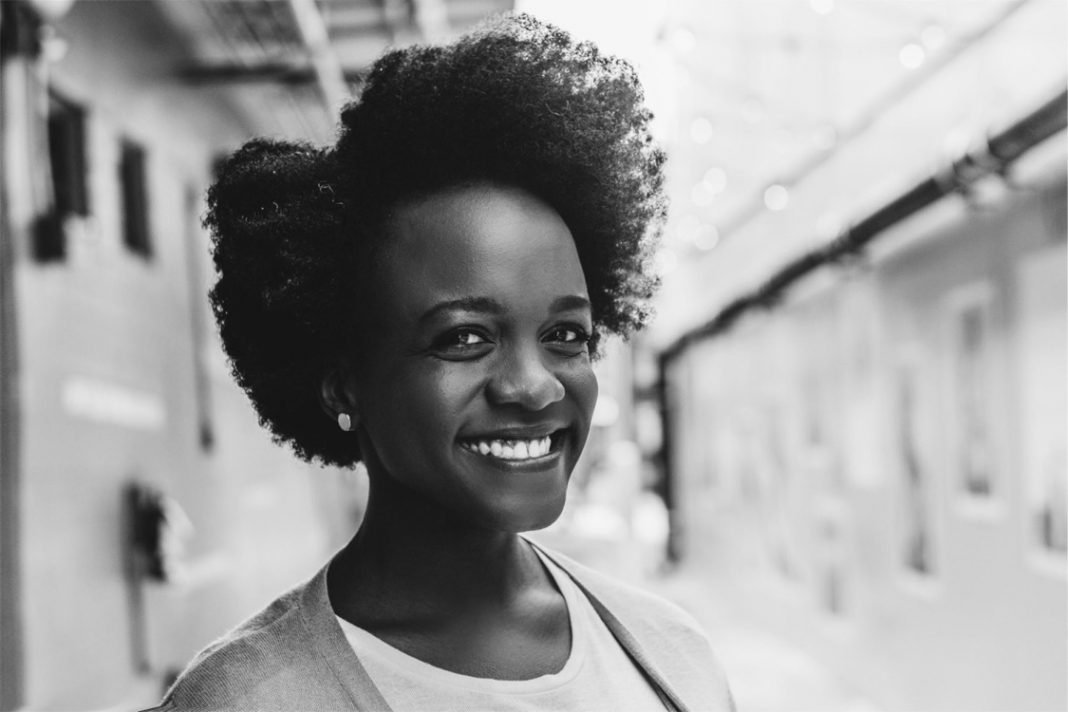 When Lynn Obath began her education at PLNU in 2006, she never would have guessed she’d switch majors, move countries, and pursue a master’s degree and research (plus a Ph.D.).

However, in her words, “I don’t think we ever really know in our undergrad exactly where our education is going to take us. I sat down to think, ‘what do I want my educational experience to be? What am I passionate about?”

She realized it was art. It remains art still today.

“When I was little, I used to write books,” said Obath. “I would spend forever on the cover page. I loved the worlds that books opened for me. I think for me, it had always been a sleeping giant — this draw toward the creative and the artistic. It wasn’t until my sophomore year that I decided I am going to pursue this passion.”

Once she woke the giant, she jumped into the world of creativity head-on. She learned quickly that art isn’t only a means of self-expression but a way to engage others.

Her first job right out of PLNU transplanted her to Hawaii. There, she united her love of the arts with a newfound passion for engaging students as an elementary and middle school art educator.

“We really nurture a love of learning,” said Obath. “We offer them that passion, that desire, that curiosity around learning,” something that had driven her as a student all her life.

It appeared she found a sweet spot in the arts world that allowed her to create and engage with those around her (while maintaining the security found in a steady teacher’s salary). However, the lifelong learner within her desired more and she knew her journey as a student wouldn’t be complete with only a bachelor’s degree.

“This idea of knowing is so interesting,” said Obath. “There’s knowledge from school like from books. Then there’s like an inner knowing, not because it’s concrete and you have a formula, but because there’s this sense of rightness. I think I was drawn with this kind of internal compass that I had finished the work that I was doing in Hawaii and I needed more. I needed more opportunities for growth.”

Obath listened to that “inner knowing” and began applying to postgraduate programs.

Upon acceptance to Goldsmiths, University of London, she stood at the crossroads between her known career path and the unknown. Her community in Hawaii encouraged her to go, but fear was a factor to take in.

“It was a really scary step because I was leaving a salary job,” said Obath. “I was leaving a community I built there. It’s hard for us to think about courage in our day-to-day lives. Courage isn’t just this one injection of ‘hoorah’ energy; it’s a series of things that comes not just from ourselves, but from our environments — the people you do life with.”

“Courage isn’t just this one injection of ‘hoorah’ energy; it’s a series of things that comes not just from ourselves, but from our environments — the people you do life with.”

At Goldsmiths, Obath dove further into her personal art while also adjusting to a new country, working in a collaborative environment with new people, and evolving into the person she was becoming.

“I think sometimes when you grow up somewhere or when you’ve lived somewhere for a long time, it can be really easy to fall into patterns, behaviors, or ways of thinking that go unchallenged,” she said. “Being in such a large city like London, from my research and colleagues to my friends, to people I just meet randomly, I am challenged. My ways of seeing the world are challenged. I have to think, in those moments, what am I going to choose to hold on to and what am I going to choose to let go of so that maybe I can learn something.”

The opportunity to challenge and be challenged came not only in the classroom while at Goldsmiths, but also in helping create and found Black.Arts.Gold — a collective of Black M.A. arts practitioners at the university. This collective was created with the purpose of creating space for rigorous exploration into Black approaches to art-making, dissemination, and scholarship.

For the first time, Obath embodied her artistic expression not only through physical art but through her words as well.

“I never thought I’d be a public speaker,” she said. “I’m much more behind the scenes. I think those public projects really encouraged me and challenged me to step out of the shadows and use my voice whether it was through the art I was making, or the panels I was part of and moderating, or the group exhibitions I was doing, and really claim and share myself.”

Identity became something much more than the pursuit of discovering who she was in the art world, but an opportunity to help others embrace their own heritage.

“I had some public art opportunities of starting a conversation with the audience in a way that asks them to think again about their identity and the politics involved around it,” said Obath. “I was a moderator for this panel on Black praxis and decoloniality and it was a really interesting conversation about ‘What is it like as a Black artist, as a Black practitioner, doing scholarly work to engage with these systems that historically haven’t allowed us in the spaces? What does it look like to maybe resist that or maybe move around it, and how does that affect your work?’”

However, she also discovered the power she held as a scholar of her heritage’s local arts practices and as someone paving the way as an advocate for accessibility in the arts.

“Luo is the tribe in Kenya I am from,” she said. “One of the ways I look at power and its relation to art is that I have the opportunity to amplify the Luo community and Luo culture and all the work that’s already been done. But, I have to be very careful that I don’t center myself in that. Just because I am from the community doesn’t mean I am the scholar of it.”

This lesson in humility caused her to further explore how she wanted to use her advocacy and art. It led her to research.

“There was more I wanted to do as an arts practitioner and educator,” said Obath. “I was really grounded in it [research] with the space to create new knowledge, bring in new ideas, meet unmet challenges, speak to an audience that maybe has not been invited into the space, and also speak to my own experiences of erasure in research. I like information but it’s beyond just liking it and wanting it, but finding a way to distribute it [in a way] that feels fair, that gives people dignity. Age and experience is not a prerequisite to being a brilliant artist, to bringing in brilliant work.”

However, this new academic challenge came with unexpected setbacks.

“One of the big things I came up against in my own research was that I was having a hard time finding the books I was looking for,” said Obath. “I was wondering, ‘Why is that? Why can’t I find other scholars who have these qualifications of ethnic background and gender?’”

Gatekeeping, she found, was the reason.

“I think history and education impact art because they’re gatekeepers to art,” said Obath. “Gatekeeping in the sense of history says ‘this is the canon of art,’ but who has gotten to write history and who established these canons? It’s historically been white, male-dominated, European, and western. That doesn’t mean other communities and other groups that fall out of those definitions don’t have art practices that hold power, that just means this canon is what has been elevated. Power in art means speaking to that but in a way that lifts everyone up, in a way that’s seeking to find balance, rather than seeking to flip the tables or just maintain the status quo.”

Obath’s research focuses on autoethnography (which she defines as a big word for self-reflection). Autoethnography involves exploring questions such as: Who am I? Where did I come from? What are the stories I’ve been told? How do all these things come together in my understanding of personal and cultural analysis? How are these things made political by the environments I’m in?

Ultimately, according to Obath, these questions lead us closer to embracing identity which has a huge impact on educational settings, work environments, and overall human interaction.

“I want my research to change the ways companies and institutions think because I am also developing a methodology,” she said. “I am passionate about helping people to feel that they have a story to tell. There has to be a praxis for this. I don’t know if I’ll see it within my own lifetime but I’d love to be part of the groundbreaking groups, people, and ideas that are trying to bring that change about. That’s the end game.”

Not only for others but for herself, research into autoethnography has made an impact.

“Autoethnography, for me as a practitioner, has really led me closer to my identity as a Black woman, as a Kenyan American woman, as an immigrant in this country,” said Obath.

“A conversation I’ve been having around power is how can I use it and how do I abuse it?” said Obath. “I think power and art are really coming to terms with what’s the endgame. And with art, that seeks to amplify, that seeks to elevate marginalized communities, that seeks to interrogate and examine chains of power that have been exploitative. When art seeks to appropriate or misidentify, then it can be a very destructive use of power because then it’s abused.”

However, Obath believes there are new tools to help make art less exclusive and more accessible.

“I think [social media] is a really big activist platform,” she said. “It takes the stuff that you would be restricted to learning in an arts classroom, or through a degree program, or being in a gallery setting (areas most people wouldn’t step out into) and it puts it on the screen that you can hold in your hand. You can create your own ideas and thoughts. Social media is a very powerful activism tool in the arts.”

Social media has become the main place where she creates amidst the Ph.D. and research.

“My art right now is all around storytelling,” said Obath, “seeing where story comes up and then deciding how I want to respond to that, whether it’s something physical, or something I put on social media, or just something that happens in the moment.”
Her advice to aspiring artists is to ponder on these questions: “What makes your heart sing? What are all the different ways you can tap into that and create different songs and melodies and harmonies? And then, play. That’s what art is.”