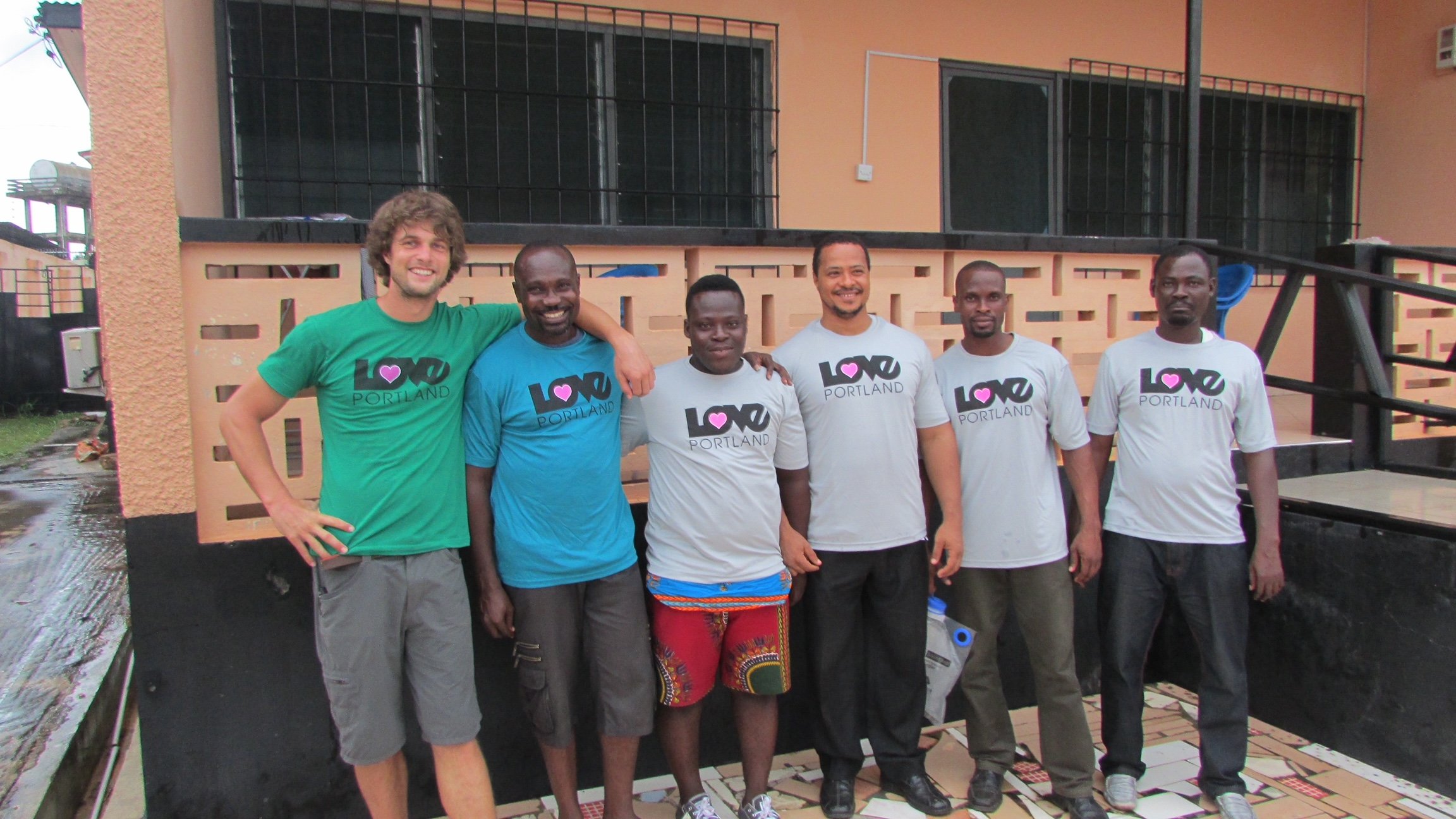 Luke Pinneo (08) was once asked “What angers you the most about the world?”

Seeing millions of people lacking access to clean water was and still is an injustice that inspires Pinneo to make a change, an injustice that he and his team at World Thirst Solutions are working diligently to address.

In 2019, PLNU alum Luke Pinneo (08) founded World Thirst Solutions, a platform that provides knowledge and support for those who are looking to serve developing world rural environments through water-based projects. Specifically, the goal of World Thirst Solutions is to provide support on what water solutions are available for different projects and communities under different circumstances, as well as providing direct consultation to organizations with products and technology required to implement community-based solutions in developing world environments.

As a former student of the Fermanian School of Business, the knowledge and experiences Pinneo gained at PLNU have helped guide him through his adult life in complex and unexpected ways.

After graduating from PLNU in 2008, Pinneo began working on a ski hill in the mountains of Vail, Colorado, before working for a company called Wealthtouch in Denver. There he worked in an entry-level finance position with a firm that represented clients with a minimum estate value of 100 million dollars, something that aligned with the vision he had for himself while earning his bachelor’s degree.

Then, in 2010, when the Haiti earthquake struck. The death toll of this catastrophe was far beyond that of the average earthquake, resulting in over 250,000 fatalities in a matter of minutes. Pinneo saw the juxtaposition between people with such an abundance of money and those suffering and lacking resources, and found himself apprehensive and uncomfortable with the work he was doing. So he bought a one-way ticket to Haiti.

Over the course of his two-month stint there, Pinneo was first introduced to water filtration and its ability to instantly transform the lives of those living in rural communities and environments. He helped complete about a dozen installations of water filtration systems, and once he returned to the States he was asked to continue working for a product manufacturer he became familiar with while in Haiti. Pinneo would later go on to continue working for other companies dedicated to providing clean water for those with limited access.

Pinneo accomplished this work with water systems alongside jobs such as raft guiding and working with Kingship United (then called Warm Blankets Orphan Care). His experiences in Haiti changed his perspective on jobs and lifestyles he had previously been interested in, and upon returning from Haiti, certain ways of living no longer fulfilled him.

While he may not have initially envisioned himself working with water systems in developing nations, Pinneo was still tapping into the business-oriented and complex work he’d trained for during college. While working for Warm Blankets Orphan Care on the buying side of water solutions, Pinneo’s responsibilities consisted of assessing the water needs of a community and providing solutions to fulfill them. Upon seeing that over half of a community’s water systems needed to be upgraded, Pinneo would then start the process of searching for viable water solutions, analyzing the costs, certifications, reputation, and many other variables beyond the more obvious and publicized solutions.

Being on the buying and selling side of finding water solutions for communities was essential to Pinneo as he began to realize the world needed a platform where those looking for safe water solutions weren’t limited to their own research or the inherent bias of product manufacturers selling their “solution often times as though it were the only option, the silver bullet to the world’s water woes if you will,” Pinneo said.

The frustration of trying to find what systems and companies were capable of was one of the main reasons Pinneo founded World Thirst Solutions.

“For a large portion of my vocational journey I’ve done my own thing,” he said. Having a team that can collaborate and encourage one another, however, “consistently makes me feel like I’m not on my own in this, which has been all the difference.”

For those who are passionate about a particular project or interest but aren’t sure where to start, Pinneo’s advice is to find people in life who can speak into the process and help identify when to take a step in a direction of uncertainty. He also noted that having people who can hold you accountable to your visions and help you from getting your feet stuck in the mud is essential. He’s grateful for the mentors he’s had and encourages others to find these types of people in their own lives and journeys. “Be relentless in your pursuit of what interests you.”

While it may be overwhelming working at something so vast, Pinneo and his team at World Thirst Solutions are dedicated to supporting others and showing them water isn’t only a resource but an opportunity to form community.

While it wasn’t easy, Pinneo felt “blessed to find joy in the midst of that journey,” he said.

Working with a group like World Thirst Solutions was certainly not what Pinneo would have predicted for himself while attending PLNU. While the vision he had for himself in College, and that of his present reality might be vastly different, Pinneo is abundantly grateful for the Spirit’s hand in guiding his path and removing the scales from his eyes to see what holds real value in eternity. World Thirst Solutions has provided Pinneo with clarity and inspiration for the future and what it could look like to build a life and community around water.

“Be relentless in your pursuit of what interests you.”