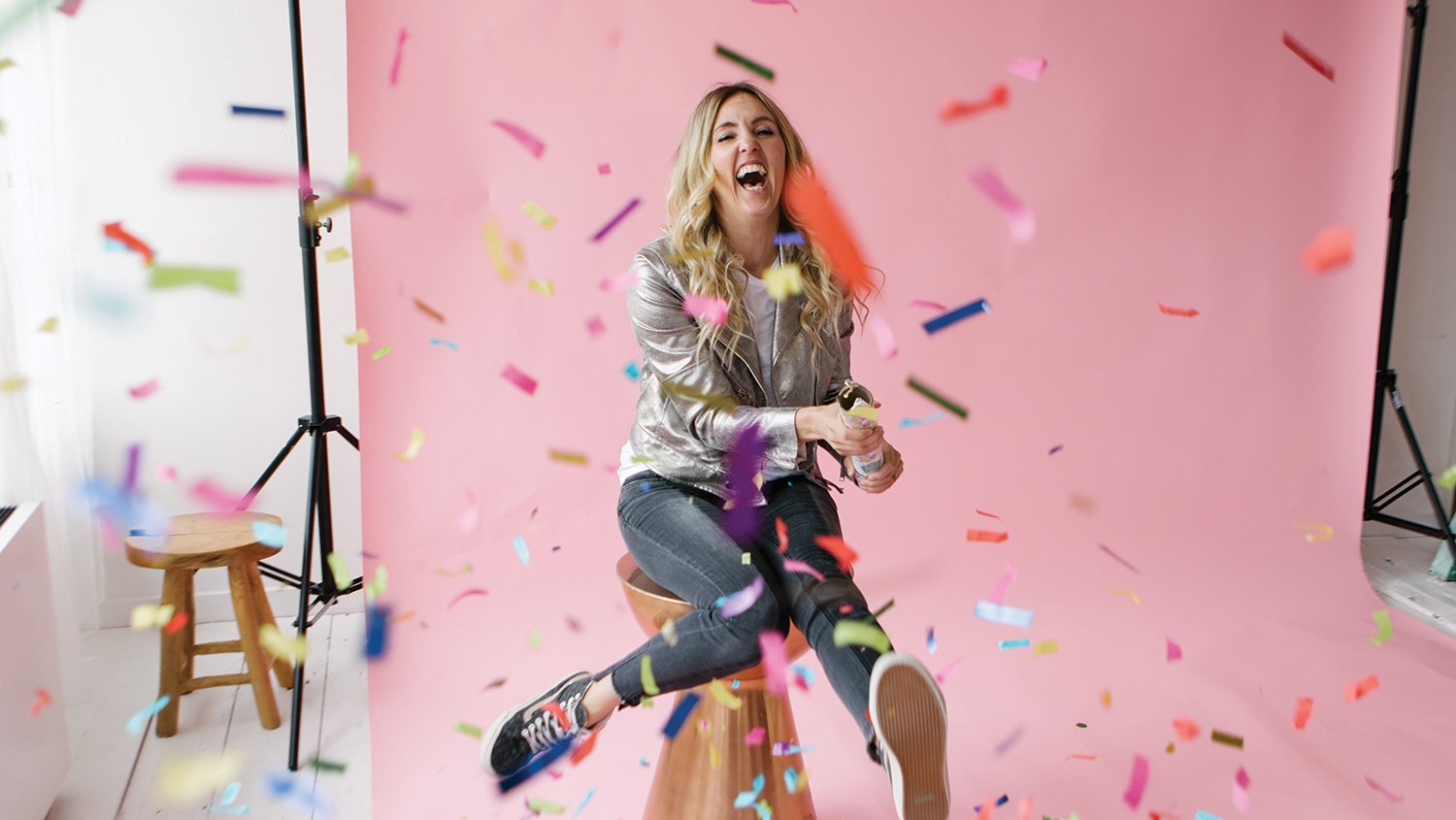 Mandy Arioto (00) is president and CEO of one of the country’s most influential parenting organizations, MOPS International. MOPS is a Christian organization that brings small groups of women together to share their joys, struggles, and faith as mothers and women. The acronym MOPS stands for “mothers of preschoolers” because the organization began in 1973 when a small group of moms of young children banded together to share their lives and parenting journeys. Today, the organization reaches out to moms of school-aged children and teens as well. MOPS serves moms by connecting them to small groups and providing parenting resources and an annual MOMCon retreat. MOPS desires to use its small groups to spread the Gospel.

Though she has certainly earned the role, it wasn’t Arioto’s lifelong goal to manage at the highest level of an organization. In fact, when she arrived at PLNU at age 18, Arioto expected to learn what to think. Instead, she said, as a Christian ministry and Bible major, she learned how to think and how to lead.

When she was at PLNU, Arioto was a resident advisor (R.A.). The role taught her many foundational truths about leadership. She learned not only from faculty but also from her fellow students. Arioto met her husband, Joe (00) while they were both at PLNU. One of her professors even helped her land her first professional job as a youth pastor. But she also faced difficulty. Arioto’s father died while she was in college, and the grief she felt became part of a decade of uncertainty about how she should spend her career. 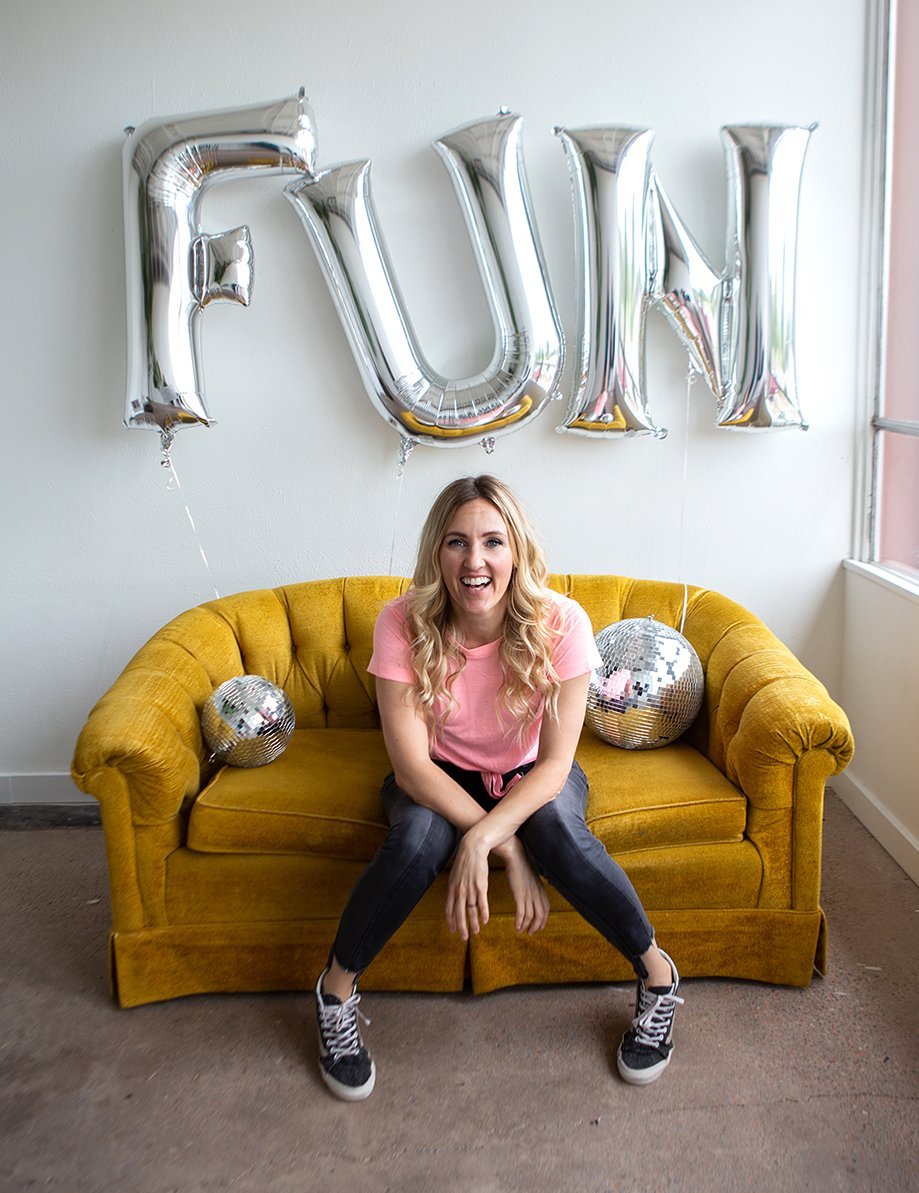 “Every single person I know who is at a point in their life where they have any measure of success or thriving will tell you that they have had challenges,” Arioto said.

What sets people like Arioto apart is their resilience. By the time she was first hired by MOPS, Arioto had worked as a youth pastor, pastor, teacher, stay-at-home mom, and business owner (of businesses both successful and not). She had been featured in media outlets, including MSN and theNest.com. She enjoyed some of her jobs and seasons more than others, but Arioto always appreciated the chances she had been given. And she always strove to make the most of them. Even if she wished she were doing something different, she always committed herself to doing her work with excellence, knowing that this was the best way to bring about new opportunities.

But Arioto was in a season where she was happy where she was, serving as a teaching pastor at Mosaic Church, when her first opportunity with MOPS arose.

“MOPs called out of the blue and said they were looking for a marketing director,” Arioto said. “At first I said no, but that night after I was in bed, I had this feeling that I had to go now. Nine days later, we were moving to Colorado.” Arioto was director of marketing for three years and then went through a national search process before being appointed CEO in 2017. She takes her responsibility seriously.

“I always tell people that it is the best and most terrifying work I have ever done,” she said. “I’m learning that having a public career in the faith arena means that you have to face a lot of criticism. It’s about 10 percent of the fun stuff people see, and 90 percent is hard work behind the scenes. That is where you become a leader and navigate and care for people and do the ministry that God has called you to.” 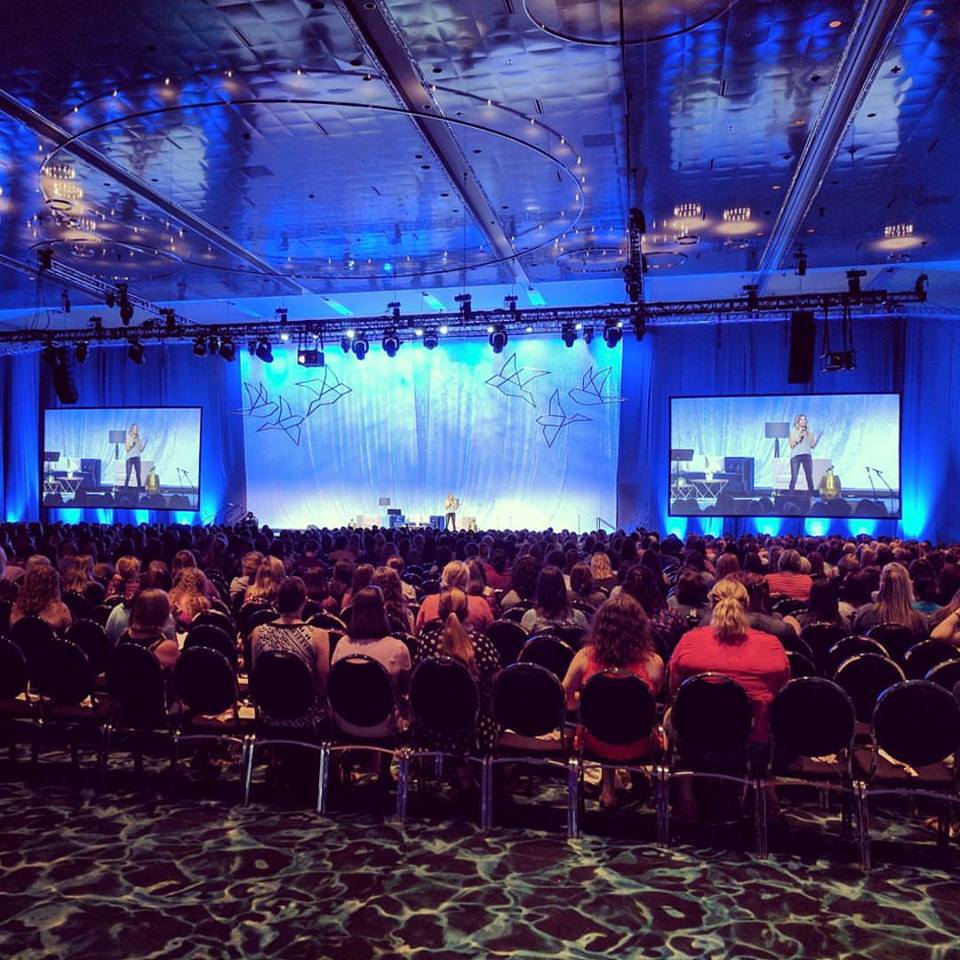 Despite the hard work, Arioto finds that one of the greatest blessings of her position is the ability to influence so many women. MOPS currently reaches moms in more than 68 countries with messages of empowerment and encouragement.

“In Kampala, Uganda, we are teaching women how to be tailors and how to make soap,” she said. “Their kids are getting to go to school for the first time.”

Wherever MOPS members are, Arioto enjoys being able to lift them up in the important work they do.

“It’s staggering the impact that moms have in their community and in the world,” Arioto said, noting that when moms have a voice, economic prosperity and peace are more likely. “I get to remind them that they are raising the next generation of the world and introducing them to Jesus. I get to speak to and on behalf of all of these women who get to find their own voices in new ways.”

MOPS currently reaches moms in more than 68 countries with messages of empowerment and encouragement.

Arioto said there are four main messages she wants moms to hear. The first is that moms can benefit from asking themselves, “What do I want the most?”

The second message she has for moms is to have the grit and fortitude “to do it anyway.” She doesn’t want women to be held back by insecurity or uncertainty.

“I know a woman who didn’t wear shorts for 40 years because she was embarrassed of her perfectly normal-looking knees,” Arioto said. “You can swim with your kids even if you aren’t comfortable in a bikini. I might say that I don’t feel comfortable to give a talk, but I am going to do it anyway.”

“The third message I have for moms is: go faster. Stop overanalyzing and worrying about if you have the right pieces in place,” Arioto said. The idea behind “go faster” is for women to not allow self-doubt or perfectionism to hold them back from pursuing their goals or dreams. Of course, Arioto doesn’t advocate for women to stop thinking and reflecting on their lives. What she means is that sometimes women get stuck in planning mode, creating to-do lists instead of actually doing things to move their goals forward. Thus, Arioto urges, “Don’t wait for things to be perfect. Stop overthinking everything. You’ve got this. Go faster.”

Fourth, she said, “When you have a goal, pretend that you are someone who can do it. Often you will surprise yourself with what you are capable of.”

Arioto spreads these messages of empowerment broadly — and also shares them with individuals whenever she can. She is quick to endorse books and give speaking opportunities to women who ask her to help them in these ways.

But as satisfying as the work can be, Arioto isn’t content to rest on the laurels of what she and MOPS have already accomplished.

Watch: PLNU alum Nate Cadieux (08) works to build toward his dream of a more connected and relationship-based San Diego. 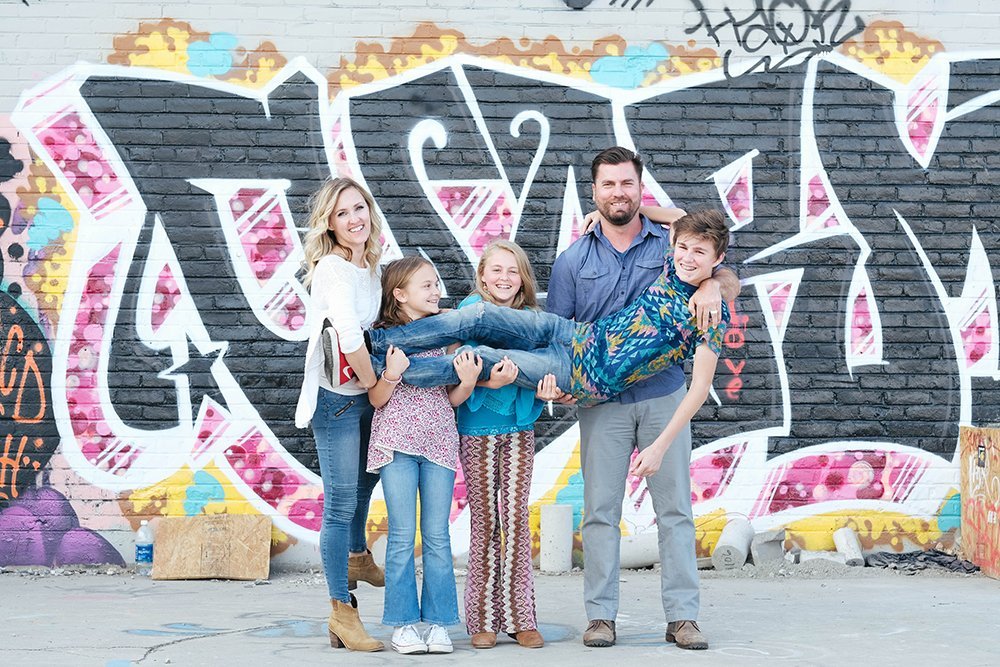 “One of my huge goals is that we will reach one million moms,” she said. “Some people say that is crazy, but I think compared to the two billion moms around the world, that’s nothing.”

Her far-reaching goals and messages haven’t led Arioto to prioritize her family and her self-care less; they have inspired her to prioritize them more. Her goal is to emulate Teddy Roosevelt in enjoying her work more than anyone else in her role ever has. How?

“One of my huge goals is that we will reach one million moms,” she said. “Some people say that is crazy, but I think compared to the two billion moms around the world, that’s nothing.”

“One of the things that brings me a tremendous amount of joy is coming home from work and spending time with my family, going for bike rides, and doing the small things,” she said.

Arioto also focuses on the great benefit her career can offer her own three children, Joseph, Ellie, and Charlotte.

“One of my favorite things about the work I do is that I get to take my kids to see the world,” she said. “Along with seeing the work, they become world citizens. They get to experience things that other people are experiencing that we don’t even have to think about here.”

Arioto has also authored two books. Her first, Starry-Eyed: Seeing Grace in the Unfolding Constellation of Life and Motherhood, was published by Zondervan in 2016. Her second book, Have More Fun: How to Be Remarkable, Stop Feeling Stuck, and Start Enjoying Life was released in 2019.