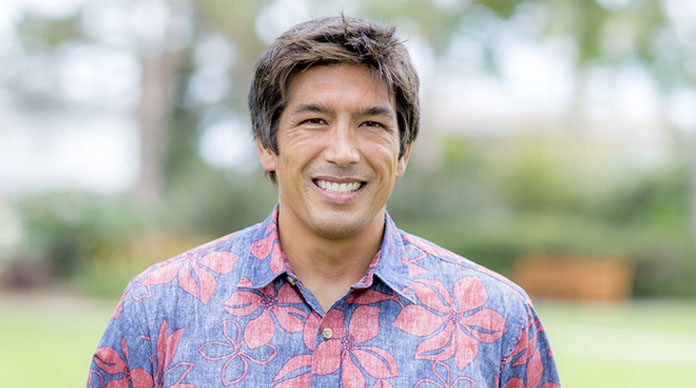 Q: Can you explain why scholars weren’t able to detect the presence of this large and advanced ancient civilization until recently?
A: Well, scholars have known about Mayan Civilization for hundreds of years — it’s one of the great Amerindian sedentary societies, comparable to the Aztecs and the Incas. But this particular Mayan settlement has been “lost” for hundreds of years because it’s covered by jungle in the Maya Biosphere Reserve. Archaeologists stumbled upon it through LIDAR technology, basically shooting a laser beam from an airplane at the forest floor and creating a three-dimensional image. They knew there was a settlement down there, but not one of the size and complexity they found. The challenge now is to send in archaeologists, historians, engineers, linguists, and so on to see the actual settlement and try to decipher its meaning.

Q: How does this mapping technology work?
A: I’m not a physicist, but my understanding is that it’s like radar that uses light instead of radio waves. A person shoots a beam of light at a target which reflects a pulse that’s specific to the target’s length and speed. The pulse becomes an image, and the aggregate pulses create a detailed digital image of a target area.

Q: About how large and complex was this civilization?
A: It’s tough to know. I’ve heard reports of up to 60,000 structures and 10 million people. If that’s true, we can expect the settlement to be incredibly complex. In large sedentary civilizations, there’s normally social stratification — a political class, a priestly class, formally educated and uneducated laboring classes, slave classes. There’s also architecture for government and worship, a military or warrior class, personal dwellings, and food storage. Sedentary societies often have long distance trade relationships — for instance, we know the Aztecs traded silver with nomadic tribes in modern-day Zacatecas and Taos, New Mexico. Gender relations are typically less egalitarian than those of non-sedentary or semi-sedentary societies, and the intellectual and material cultures are more developed. So, a very complex society overall.

Q: What would this society have been like during its peak?
A: The short answer is, quite powerful. It’s peak was around 500 C.E. By then, not only did the society encompass a big space, it also contained a lot of people. Assuming a degree of coherence, the people might leverage their power by working together to grab more land, fight off invaders, take captives, establish tributary relationships with lesser settlements, trade, and so on. It was a force to be reckoned with, to be sure. But that’s not to say it was omnipotent — none are. Nomadic bands often irritated large settlements like this because they were numerically small and highly mobile — perfect for executing hit-and-run tactics. These tactics could drain resources — money, warriors, and food — from the settlement. Think the U.S. Army fighting the Taliban.

Q: Why might it be surprising that a civilization like this existed in a tropical climate?
A: Students don’t often associate powerful civilizations with tropical areas. Rather, they tend to think of Europe, North America, and the Middle East as cradles of empire. As a historian, I find it surprising that a society of this scale existed in Mesoamerica, primarily because of its lack of silver. Silver exists in large quantities in the deserts of northern Mexico, the highlands of Peru, and Bolivia. As a currency, silver grew early modern cities like Tenochtitlan and Cuzco. These cities attracted people from all over — the Americas, Iberia, and Africa — and became the core of Latin America. Rural, semi-sedentary societies — including those in present-day Guatemala — had little silver and bartered goods. They existed on the economic fringe. How a large Mayan civilization existed without large silver deposits is a bit of a mystery to me.

Q: How will this change what we already know about the Maya?
A: On the one hand, it’s too early to tell. We’re still looking at the LIDAR images. On the other hand, the discovery is very significant because it raises new questions. As I mentioned, historians have described Mesoamerica as an economic fringe area, incapable of attracting large concentrations of permanent residents. It lacked silver, compared to Tenochtitlan and Cuzco, gold, and diamond mines, as in southeastern Brazil. So a key question is, what allowed 10 million people to stay and do business there? Were there silver mines? Were there other precious metals? Were there other currencies, like cowry shells? Another question is, when and why did this society collapse? So far, scholars have speculated that a drought-induced famine occurred by the tenth century. A similar type of famine might’ve undermined the Colorado’s Pueblo society a couple hundred years later. Perhaps over-hunting played a role. Societies of scale often watch their success in absorbing people become a factor in their failure. Meeting the protein demands of millions of people puts a lot of pressure on the environment.

Ben Cater, Ph.D., graduated from PLNU in 2002. He works at PLNU as the associate dean of general education, the director of the humanities honors program, and a professor of history.