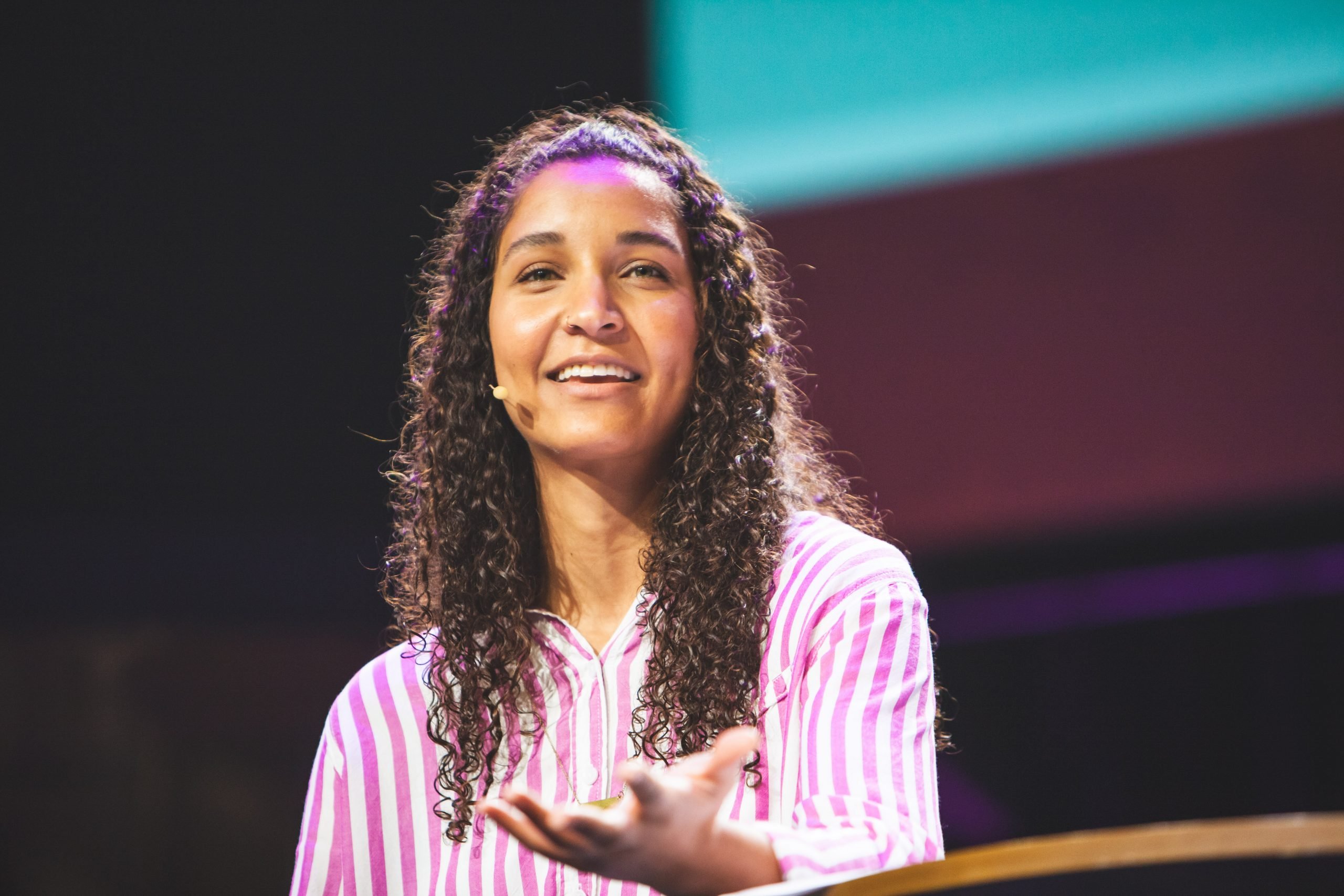 When M’Lynn Martin was 15 years old, she felt called to ministry. She began dreaming of being a youth pastor. But the idea of college felt more like a financial burden than a dream come true.  “But throughout the fall of my senior year,” Martin added, “I started getting this really strange feeling like I just had to apply to PLNU, and if I didn’t, I would regret it.”

She followed that inkling and submitted her application claiming Christian Ministry as her major with a concentration in youth. “My family and I agreed that even if we couldn’t afford PLNU, God probably could,” Martin said. Leaning heavily on her faith, she knew that Lomaland was where she needed to be. And God made a way; her family’s prayers for an overflow of opportunities to help them afford tuition were answered: “Somehow we managed!”

That sense of belief that led Martin to PLNU was further explored as she became a student. She continuously prodded at her curiosity. While sitting in chapel as a newbie freshman and hearing professors list-off upcoming Bible courses, she followed the flutter in her heart and switched her major to Biblical Studies. “[That] was probably the best decision I made throughout all of college,” Martin said. “I had just realized that while I grew up very familiar with the Bible, I truly didn’t know or understand much about it. Rather quickly, I fell in love with studying Scripture, and my life was shaped and formed deeply with each class I took and each side conversation I had with a professor.”

Those professors in the School of Theology and Christian Ministry (SoTCM) she speaks of were the ones to help shape her, guide her and mold her into who she is today — they supported her dreams. “At times throughout my journey when I didn’t believe in myself, they rallied behind me and spoke life into me,” Martin said. Take Brad Kelle, Ph.D., for example. He was the only professor of Old Testament during her stint at Point Loma, and, again — indulging her curiosities — she dove into studying the subject. Martin wanted to challenge her preconceived differences between New Testament and Old Testament; and even after four years of studying it, she wanted more.

“I had studied almost every book of the Bible through the SoCTM, except for some of the Old Testament historical books, namely the Deuteronomistic History — Deuteronomy – 2 Kings,” she explained. “While I didn’t know what the ‘Deuteronomistic History’ was at the time, I expressed my frustration with the gap in my studies with Dr. Kelle and my advisor, Dr. Mark Maddix, and they agreed to help me fix it through independent study.” Kelle and Martin created their own syllabus for a new course that zoned in on that specific section of the Bible. They connected once a week during her final semester for important discussions, grades, and a safe space to process the things she was learning. “Everything I thought I knew about God and faith was radically transformed in my time at PLNU,” Martin said. “I can’t imagine where I’d be now without my time in the SoTCM.”

Attending PLNU and studying in the SoTCM prepared her for more than just a job in ministry. During her time on campus, she was forced to engage in the really, really hard conversations. And she’s thankful for that. “I graduated in 2018 having no idea what 2020 would eventually bring to the table,” Martin said. “I was so grateful that I had spent so many years studying the voices of the suffering represented in Scripture because it made me feel less alone in the sadness of my humanity. It also helped me to direct other people to those same voices in Scripture.” Those voices are typically muted, she continued. “I thank my Biblical Studies major for formally introducing me to them.”

“My hope is that as I pastor teens now, I’ll pass along some better interpretations and theology so that their inevitable existential crises in college are a bit less debilitating.”

Now, Martin is a graduate student at Nazarene Theological Seminary, earning her master’s in theological studies and is set to earn a certificate in Old Testament. She’s also a youth pastor at San Diego First Church of the Nazarene. She gets to immediately preach what she’s practicing, and she loves that it’s centered around the next generation of Christ followers. “I had to go through a pretty heavy deconstruction in college, unlearning some pretty poor biblical interpretation and theology that I had received as a kid,” Martin said. “My hope is that as I pastor teens now, I’ll pass along some better interpretations and theology so that their inevitable existential crises in college are a bit less debilitating.” Her youth pastor dreams have expanded. Martin wants to continue her education and earn her Ph.D. so she can teach Bible courses at a college level, mirroring the impact her professors had on her.

Beyond that, however, she wants to churn the many late nights studying — especially as an online grad student — into something fruitful for others. It’s inspired Martin to one day open a late-night reading lounge, a coffee shop for those night owls who struggle to study at home. But whichever dream comes first, she’s still loving every second of the present: “I feel like my 15-year-old self is really proud of the ways I’ve weathered many storms to live into this calling.”