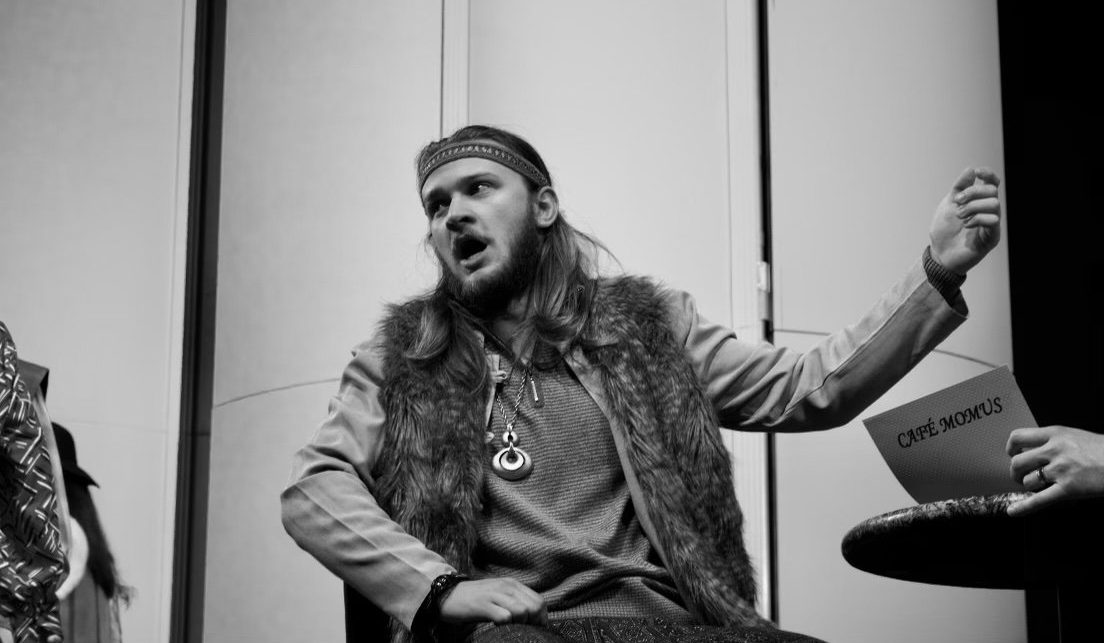 Singer and opera performer Soren Pedersen (22) believes when he’s faithful to give 100% of himself into his music, God rewards that effort with amazing opportunities. In addition to performing title roles in performances of Don Giovanni and La Bohème in Italy, Pedersen recently made his debut performance with the San Diego Opera with their world premiere production of El Último Sueño de Frida y Diego, an opera about the relationship between the world-famous Mexican artists Frida Kahlo and Diego Rivera. And in every music production, Pedersen seeks opportunities to share his faith with others.

Pedersen describes his upbringing as a “musically rich” environment. Both his parents encouraged his involvement in music growing up, and he was in choirs from a young age. He feels fortunate that the same year he entered San Diego High School, a great music director moved to his school and revitalized the music program that had been dwindling.

“The music program had kind of become lost prior to my arrival, but it was fortuitous timing,” Pedersen said. “My high school freshman class was sort of a beginning class, but it was also some of the best times to enter because we got all the attention for music.”

Pedersen was in the Ivy music program in the international studies curriculum. In hindsight, Pedersen said it was great preparation for college, due to its well-rounded, multinational approach to learning music and performance. However, at the time, Pedersen wanted to steer away from performing.

“Entering college, I didn’t know what I wanted to do,” Pedersen said. “One thing I didn’t want to do was music performance as a career.”

Despite wanting to do something other than vocal performance, Pedersen still wanted music in his life. At PLNU, he double-majored in music and psychology, and he began taking private voice lessons for the first time. Pedersen also began working with Michael Sokol, a private instructor and adjunct professor at PLNU’s Department of Music, who was a huge inspiration and mentor.

“Michael helped me make [singing] my own and helped me learn how to do it in the most natural, free, and easy way possible.”

“He said, ‘I think you could have a really good career in music — you should totally try,’” Pedersen said. “So I thought I might as well try.”

Pedersen got to work with Stephen Powell, an acclaimed baritone opera singer and classical vocalist, during one of his private lessons. Sokol recorded the session and helped Pedersen submit it to the International Lyric Academy (ILA), an intensive month-long program that begins in North Carolina and ends in Vicenza, Italy. Although it wasn’t a professional recording, the ILA liked Pedersen’s recording and chose him for the title role in Don Giovanni, a famous opera written by Wolfgang Mozart.

“It was a big deal because I had performed many times, but I had never performed in any opera before — let alone in a different language,” Pedersen said. “I was really thrown into the deep end.”

Pedersen said he rehearsed tirelessly before the program, even though he was on the Intro to Music and Art in Europe abroad program through PLNU just prior to the ILA trip. He often listened to the best recordings of his character’s scenes on loop or would stay home some evenings of the PLNU trip to practice.

“Sometimes I would stay in the hotel room and I would sing into a pillow,” Pedersen said. “I didn’t want to wake anybody, but I needed to practice — I couldn’t show up after not singing for two months.”

“Sometimes I would stay in the hotel room and I would sing into a pillow. I didn’t want to wake anybody, but I needed to practice — I couldn’t show up after not singing for two months.”

Pedersen’s efforts paid off. He entered the program with confidence and was very happy with his final performance.

“The performance was flawless for me,” Pedersen said. “It was really affirming, but even more affirming was the process of learning the intricacies of the role and of a language.”

As for the personal and spiritual aspect of his trip, Pederson made some great friends with students and faculty from Indiana University’s Jacobs School of Music, a conservatory known for their focus on opera performance. He had the opportunity to have several deep conversations with his roommates and other students in the program about their faith.

“I was able to have a lot of faith conversations with people in the program, especially people who may not have been exposed to it,” Pedersen said. “I had a lot of opportunities to put my faith to work, and I felt God working in my time through the process.”

Back at school in San Diego, Pedersen sang in a 2019 performance of Giacomo Puccini’s La Bohème with the opera club at PLNU, Point Loma Opera Theatre (PLOT). Pedersen was coached in part by Bruce Stasyna, the conductor and director of the San Diego Opera, who was impressed with Pedersen’s work ethic and vocal ability.

“La Bohème was probably one of the best things I was ever involved in at the university in terms of music,” Pedersen said.

Although the COVID-19 pandemic put Pedersen’s singing opportunities on hiatus, Stasyna reached out to Pedersen again in 2022 and said he’d recommend him for a one-month summer program. This program would be Pedersen’s second participation in a high-profile opera program in Italy.

Thanks to the connection with Stasyna, Pedersen attended the program where he performed the title role in Gianni Schicchi. In addition to frequent rehearsals anticipating the performance, Pedersen had three-hour Italian classes Monday through Friday, which he called one of the best things about the experience.

“Our Italian teacher asked those people to not speak to us in English, only Italian,” Pedersen said. “We were all so immersed in the language.”

As Italian is opera’s main language, Pedersen knew he needed to learn it someday if he expected to have a future with opera performance. Fortunately, he’d been involved with French immersion school growing up, which trained him to absorb other languages more easily.

“Theoretically, from day one, if you know you want to do opera full time, [learning Italian is] something you get on as soon as possible,” Pedersen said. “Working with the language and seeing what it’s like to sing knowing the language makes a difference on how you deliver the text.”

“Theoretically, from day one, if you know you want to do opera full time, [learning Italian is] something you get on as soon as possible. Working with the language and seeing what it’s like to sing knowing the language makes a difference on how you deliver the text.”

Pedersen’s connections to the San Diego Opera returned again in fall 2022 with the world premiere production of El Último Sueño de Frida y Diego (The Last Dream of Frida and Diego), which opened October 31, 2022. He was selected as a chorus member in the opera, with opportunities to do ensemble work within a trio section.

“Everybody has been so kind and accepting and so great to work with,” Pedersen said. “I have yet to encounter a single person who isn’t patient with me or willing to learn new things about the industry.”

Although operatic theatre and music are often competitive circles to be a part of, Pedersen has seen a surprising lack of elitism within the opera sphere. When mutual respect and disciplined rehearsal habits abound, Pedersen has seen little in the way of bickering or condescension. Instead, he’s been grateful for the spirit of collaboration and improvement in his productions so far. Even when conflicts arise, Pedersen has made sure to focus on an attitude of stewardship and humility. He believes that shows a strength of Christlike character and can lead to even more faith conversations.

“In the opera community, you really can’t succeed as a singer if you have an ego,” Pedersen said. “Really, you put in the time and the work and be so professional that no one will call you out.”