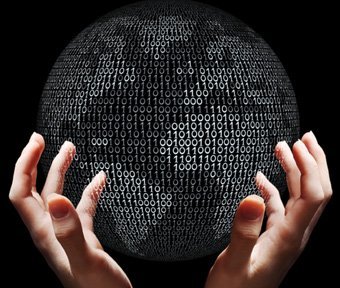 I once volunteered for a presidential election campaign. Given a long list of names and phone numbers and a script, I called dozens of people to ask for their vote. It was a profoundly uncomfortable experience. Oddly, it was also satisfying.

Over the years, I have participated in other civic activities: the basics, like voting for and writing to politicians, picking up and throwing away trash, and attending municipal meetings. There have been opportunities for more involved civic participation such as community clean-up projects with my church. As a published author, I have visited my daughter’s school to talk about my career with students.

What I have observed about these experiences is that with each civic action, I have felt a mixture of anxiety and joy. As grateful as I am to live in a country where everyone can vote, it always feels a little bit awkward to walk out of the voting booth and chat with a neighbor who I know cast an opposing ballot. Standing up at a meeting to voice my opinion is a privilege I both cherish and dread. Perhaps you can relate.

Civic activity involves a level of vulnerability, but these days there are new ways to avoid the hard, uncomfortable aspects of citizenship. Technological ways.

According to Mark Bauerlein, author of The Dumbest Generation: How the Digital Age Stupefies Young Americans and Jeopardizes Our Future, we should think hard about this. Bauerlein and a growing number of cultural observers are worried that the alleged benefits of technology might in fact be undermining good citizenship and the very fabric of our society.

The Technological Citizen
A Good Citizen?

On the surface, it is hard to deny the social benefits of technology. From shoring up weak social ties through keeping in touch with acquaintances on Facebook to coordinating pro-democracy protests in oppressive nations like Egypt and Syria on Twitter, technology is proving itself a socially beneficial tool.

In her book, Twitter for Good, Claire Diaz-Ortiz, who leads social innovation at Twitter, illustrates this point. John Wood, a founder of Room to Read, a non-profit organization dedicated to establishing libraries and schools in developing countries, was in a remote village. Using a smartphone, he took a short video of a 10th grade girl studying in a Room to Read program and uploaded it to YouTube. He then tweeted a link to the video. In less than two hours, one of Wood’s followers on Twitter emailed him with a commitment to fund the young girl’s entire university education.

“Keep in mind that I am doing most of this from rural Zambia on a BlackBerry, and we’re completely changing a girl’s life forever via this technology from the middle of the bush in rural Africa,” recounted an enthusiastic Wood.

To be sure, Wood is acting as a global citizen rather than a local citizen in this example. The point, however, is that he is civically engaged and technology has clearly helped.

Dig a little deeper and there are yet more positive correlations between the digital age and civic engagement. In their studies of this topic, sociologists Miki Caul Kittilson and Russell J. Dalton have asked, do people who socially engage online make just as good citizens as people who socially engage in person? Traditionally, social involvement in groups like bowling leagues and parent-teacher associations has proven to be a reliable measure of civic engagement. Does the same hold true for cyber involvement? Do bloggers and online gamers solidify the social ties that motivate them to be more engaged citizens?

“[V]irtual civil society appears to have many of the same benefits for citizen norms and political involvement as traditional civil society,” was the conclusion that Kittilson and Dalton drew from their research.

That conclusion was recently confirmed by the Pew Research Center’s Internet & American Life Project. The report Real Time Charitable Giving reveals the results of phone surveys of 863 Americans who made charitable donations using their mobile phones in response to the 2010 Haiti earthquake. The survey attempted to develop a profile of those people who made donations by texting with their mobile phone. The report concluded that while these tech-savvy donors showed some demographic differences (they were younger) from other Americans, “their civic profile and their engagement with news mirrors the general population.”

In other words, those people using technology as a tool for civic engagement seem to be just as cognizant of current events and just as willing to engage in society as all other Americans. Data do not seem to show gadget enthusiasts to be insular and less involved in public life. 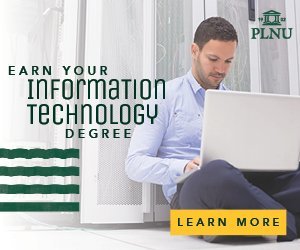 The Technological Citizen
A Shallow Citizen?

If there are clear anecdotes and research that the digital age fosters civic engagement, why is it that some scholars, like Emory’s Bauerlein, are concerned? To answer that question, it helps to understand the differences between utopian and dystopian views of technology. Sociologist Dana R. Fisher and professor of communications Larry Michael Wright, both at the University of Madison- Wisconsin, collaborated to describe the difference between technological utopians and dystopians.

“Stated simply, utopians posit that cyberspace will make it easier for people to communicate both politically and otherwise,” said Fisher and Wright.

It is an assertion that is hard to contradict. Stories like Wood’s from Zambia and the technology-enabled outpouring of charity after the Haiti earthquake point to this conclusion. The Internet and modern communications technology have indisputably made civic engagement easier. It is just that dystopians do not believe that easier is necessarily better for the health of society.

According to Fisher and Wright, “Rather than viewing the Internet merely as a tool, the dystopian position emphasizes the potential of the medium to affect communication in such a way that it may negatively alter the practices and spaces of communication that have previously nurtured democracy.”

Those worried about the ways in which technology might undermine civic behavior think the issue is one of substance over statistics. They are concerned that the use of technology is changing attitudes and expectations, nurturing a civic behavior that prioritizes self-focused convenience to a degree that makes people vulnerable to whim and manipulation. Research and anecdotes support this concern.

Pew’s Real Time Charitable Giving drew other conclusions about the tech-savvy donors. It found that a “sizable majority” of the mobile device donors made their decision to donate impulsively “in response to images they saw on television.” (89 percent learned about an opportunity to text aid to Haiti while watching television.) Moreover, the donors did “minimal background research” on the charity to which they donated money and “most have not paid close attention to the ongoing reconstruction efforts.” In other words, they were emotionally stirred enough to text during a commercial break and then get back to watching American Idol or whatever other show was on.

Civic engagement for many Americans has become a virtuous distraction from more important activities, like entertainment.

The Technological Citizen
An Engaged Citizen?

Bauerlein argues that technological ease is creating social and intellectual ignorance. He cites numerous empirical studies that demonstrate a growing ignorance of historical, social, and scientific knowledge among young Americans. Only cognitive dissonance could keep one from agreeing with his conclusion, regrettable though it be.

Speaking of 11- to 25-year-olds, he says, “No cohort in human history has opened such a fissure between its material conditions and its intellectual attainments. None has experienced so many technological enhancements and yielded so little mental progress.”

Technology now provides almost unlimited possibilities for knowledge acquisition. But all indications are that citizens, while making use of technology for entertainment and peer-networks, are not using technology to access civic knowledge in meaningful and sustained ways.

Technological dystopians like Bauerlein are not advocates of a Stone Age, rejecting smartphones for smoke signals. They do not deny that modern technology can be socially beneficial. They simply believe that there are no easy technological fixes for the intellectually and emotionally hard work of being a good citizen.

Is it possible that technology nurtures uninformed and lazy citizens? It is admirable that there was an outpouring of charitable support for the victims of the Haiti earthquake. As insensitive as it sounds, that is not enough. Technological dystopians believe that good citizens are charitable and knowledgeable and engaged. Good citizens should donate money and ask why, despite so much financial aid, Haiti is still struggling two years after the earthquake and continue to engage and hold charities and politicians accountable. Though it certainly is a comfortable position, the posture I-have-texted-my-donation-and-done-my-civic-duty is not enough to make democracy stand tall, even in the technologically advanced, globalized 21st century.

In addition, people are increasingly comfortable trusting technology to perform activities that require human cognition, and not just on manufacturing assembly lines. Bauerlein believes this poses serious concerns about the foundations of civil society.

In the 2000 presidential election, tens of thousands of humans like me called millions of other humans asking for a vote. In the 2012 presidential election, a few computers will do that uncomfortable civic job. The human-to-human awkwardness of making a political call in the 20th century has turned into the computer-to-human annoyance of robo-callers in the 21st century. Of course technology has no volition. Technology cannot be talked to or held accountable or persuaded. It has no mind to change. What are the consequences if, in pursuit of ease or to escape awkwardness, we assign technology to do the hard work of citizenship?

Democracy is a shared endeavor. Our willful effort to participate is the mortar that holds the many pieces of democracy’s mosaic in place. Is it possible, say technological dystopians, to recline in comfort, push a button on a technological device, and allow automation to do what used to require work and thought and vulnerability? Can such disinterested, some might say selfish, civic task-management really be the mark of a good citizen?

Before we decide to change our minds about what civic engagement truly entails, we ought to think seriously about what is really required in a democracy – ideas, debate, passion, responsibility, and much more that can only be performed by living, breathing human beings. While technology may aid good citizenship in some regards, we must be cautious in what kinds of authority we abdicate to our machines. For technology can only do what it is told to do. Up until very recently, it has been expected that good citizens in a democracy should think and act differently.

Dave Bruno is a former adjunct professor and associate director of digital marketing at PLNU. His book, The 100 Thing Challenge, based on his blog of the same name, has spawned a social movement inspiring people to live more simply.