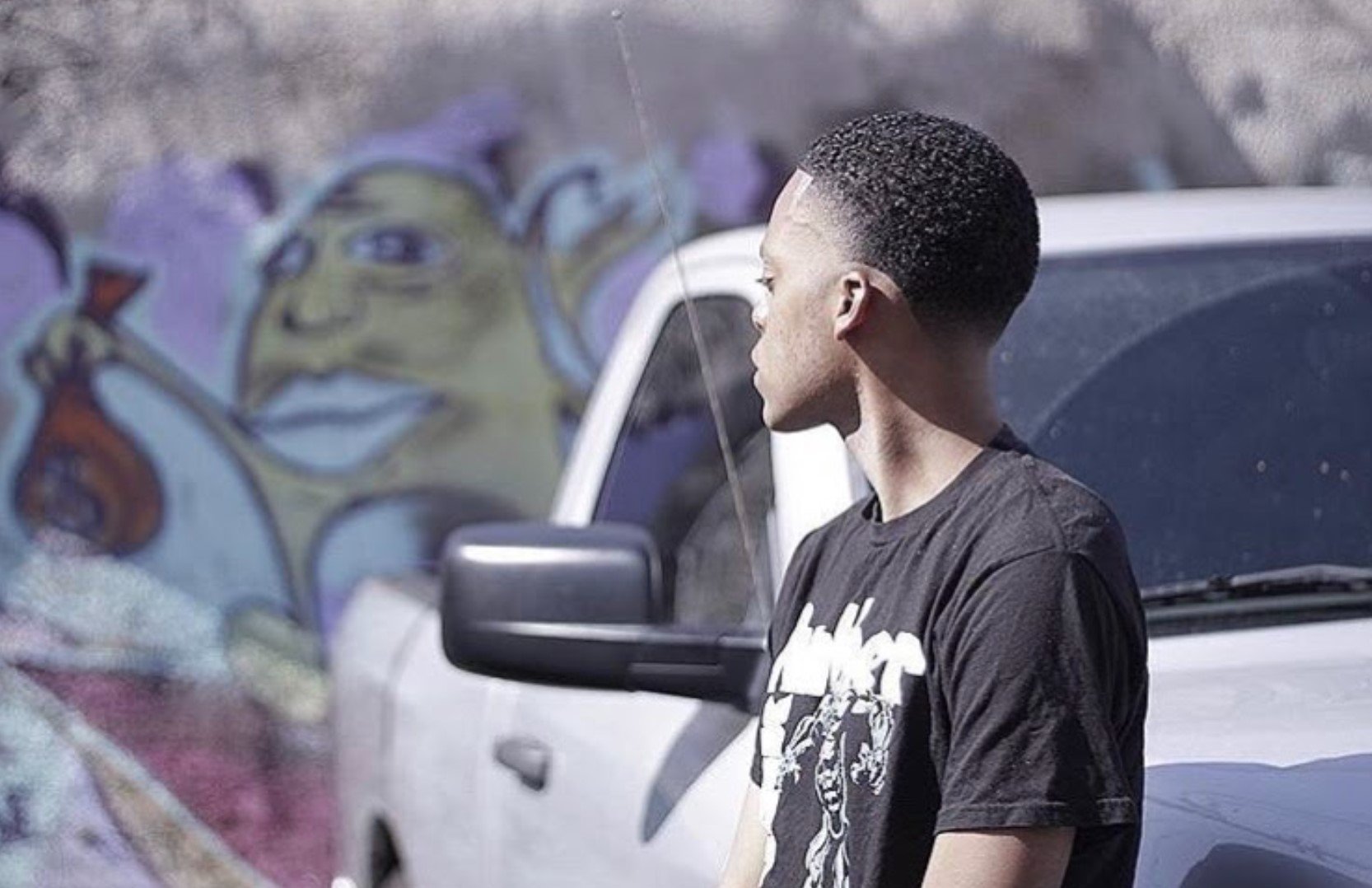 PLNU alum Russell Pryor (18) recently won an online competition that involved at least 300 producers from around the world, a pivotal moment in his music career that he’s been working toward since childhood.

Pryor was 10 years old when he first discovered his love of music. By age 11, his dad gave him his first set of turntables, possibly making him the youngest DJ and composer in his neighborhood.

“I’ve always been rooted in it because I feel like DJing and producing kind of go hand in hand,” Pryor said. “I remember when I was younger, my cousin used to have this program called FL Studio, which I still use today, and we used to just make beats and kind of just try to throw some stuff together. We thought we were a little rap group or something.”

From there, his passion for music only grew. By middle school, he discovered another gift – drumming. His love of percussion led him to get involved in concert band and percussion ensemble. In college, he entered into competitive drumline and, though not enrolled at San Diego State University, participated in SDSU’s Drumline program.

Now, at 27 years old, Pryor is going back to his musical roots: producing and composing.

“When it comes to drumline and Drum Corps, you can only do it for so long, and, honestly, I just really wanted to go back to composing,” Pryor said. “I just found myself over the years constantly composing music, whether it was composing classically or making beats or entering different beat battling competitions; it’s always been something I came back to. So I just kind of made up my mind one day, like, being a music producer, a drummer, and an educator, this is something I want to do, and I just haven’t looked back since.”

“I just found myself over the years constantly composing music, whether it was composing classically or making beats or entering different beat battling competitions; it’s always been something I came back to.”

When he’s not working on finishing up his master’s degree in music industry at West Virginia University, Pryor spends his time producing beats.

“That’s kind of like my daily routine; wake up, thank God for letting me see another day, probably eat some breakfast, do some homework, maybe go to the gym, and then I’m just making beats pretty much all day,” Pryor said.

It was during the homework portion of his daily routine that Pryor stumbled upon the competition.

Pryor explained that he was scrolling through Instagram one day and saw a post about the competition from Grammy-Award-winning producer Hit-Boy, who is one of Pryor’s favorite producers.

The online competition was launched in March by The Melody App, a melody discovery app where producers and songwriters can access a sound library of samples and melodies that are uploaded by other producers around the world. The competition was also a collaboration with Hit-Boy, who was the judge of the competition.

The competition drew more than 300 producers from around the world with the 1st place prize being $10,000 and placement opportunities with major record labels such as Warner, Universal, or Sony.

“I really wanted to do it. I didn’t think I was going to win because obviously, you know, it’s Hit-Boy, but I just had to try,” Pryor said. “So I just went on the app, I went through some samples, and I found one that I just really liked. I spent like five hours nonstop, just making that beat and perfecting it, and I sent it off and that was it.”

Pryor’s creation was a 3-minute long hip-hop/rap sound that he dubbed “Cartier Dream.”

“When I was making this beat for the competition, I was just kind of picturing a rapper or someone rapping on it. So I would have breakdowns here, breakdowns there – it wasn’t just a beat that’s on a loop and it just goes on forever. I made sure to have certain breakdowns and arrange it in a way where there’s some space for someone to rap on it,” Pryor explained. “I wanted them to hear it and say ‘I can really hear myself rapping on that.’”

Since the competition, Pryor has had a lot of people reaching out to him for beats, as well as some possible placements with artists and record labels in the works.

“My goal right now is to get my first major placement and, from there, just start producing for major artists,” Pryor said. “Long term, I definitely want to start my own record label and hopefully, one day, sign my first artists to my label. Eventually, I hope to be a Grammy-nominated producer, or even a Grammy-Award-winning producer.”

Pryor added that he hopes to, one day, work with artists like Drake, Big Sean, J Cole, and Nas. Until that day comes, he’s going to keep making beats and doing what he’s always loved to do.