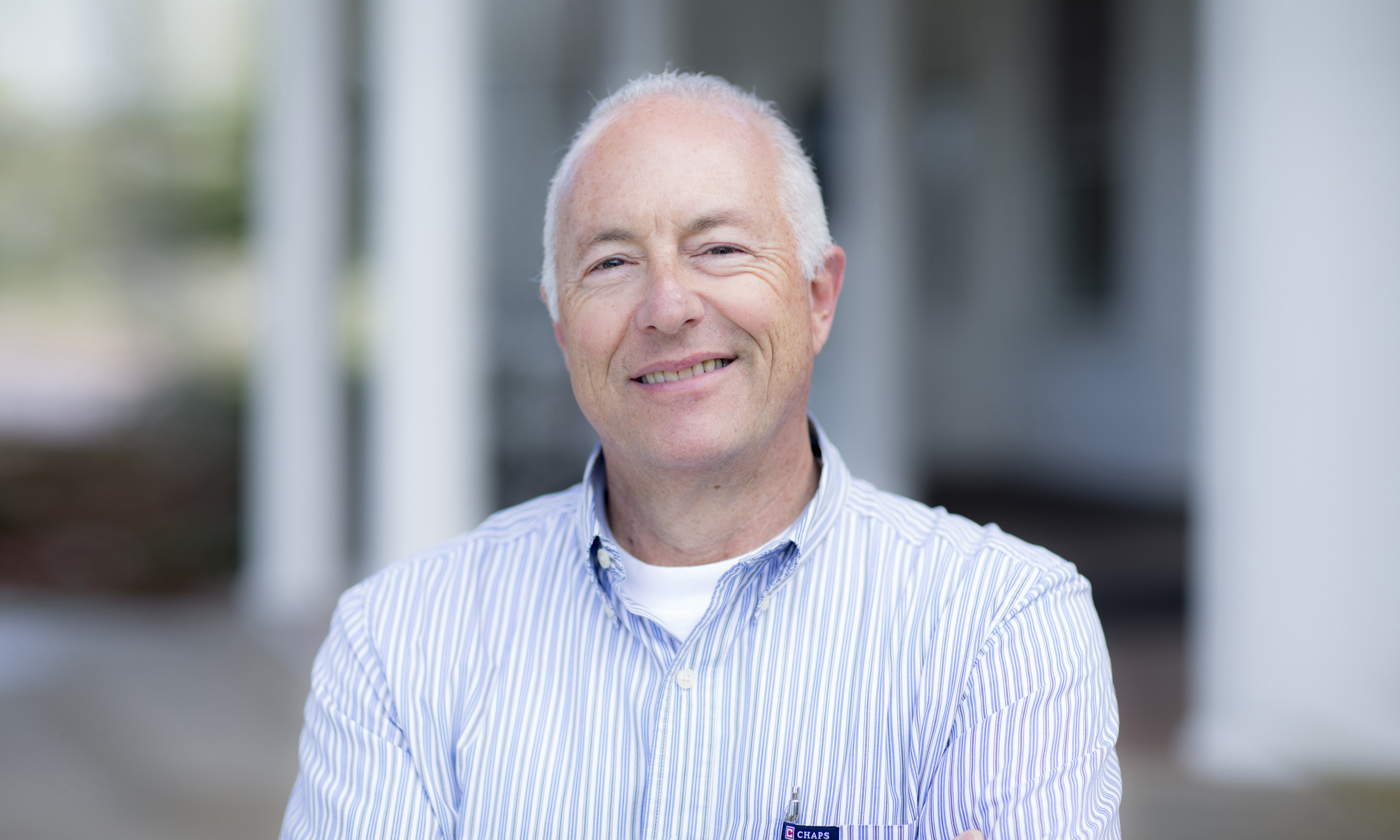 At this May’s Commencement, PLNU bestowed an honorary doctorate degree on George Latter, Jr., senior vice president of finance and CFO. Latter, who is retiring, was awarded the Doctorate of Laws.

“The practice of awarding an honorary degree in higher education is a long-held practice recognizing meritorious service to the university by one who embodies the values and mission of the university,” PLNU President Bob Brower, Ph.D., said.

“At PLNU, this kind of recognition is rare and held for the recognition of exceptional contributions, influence, and furtherance of the university’s success, effectiveness, and mission.”

Latter has served on the President’s Cabinet as a vice president and CFO for the past 15 years. He has served at PLNU for 31 years in total. He is also a PLNU alumnus, having graduated in 1977. After earning his bachelor’s, Latter went on to earn his MBA from San Diego State University.

“My first full-time job was with General Dynamics, which at the time was one of the largest employers in San Diego,” Latter said. “I began as a financial analyst with GD’s Convair division and then became an internal auditor in the corporate office. In 1984, I moved to San Francisco to become a senior internal auditor and then manager of corporate general accounting for Crowley Maritime Corporation.”

At his 10-year PLNU reunion in 1987, Latter heard from his friend and mentor Jack Morris that the university’s controller was retiring and a replacement was needed. Four months later, Latter was a PLNU employee. During Latter’s tenure at the university, PLNU hit its enrollment cap and made the change from college to university. He watched the university grow in size and complexity. Through it all, Latter appreciated working with a long-tenured senior leadership team who not only advocated for their own areas but put the university and its mission first.

“The thing that has always motivated me and kept me here has been the opportunity to be a place of transformation for our students,” Latter said. “I remember how life-changing my own experience was here at PLNU, and I want to make sure we can continue to accomplish that mission for generations to come.”

Though he remains humble about his part, Latter played an important role in helping PLNU successfully navigate the Great Recession.

“The ability of the university to not just survive but thrive following the Great Recession is a testament to [God’s] providence and provision,” he said. “It’s been rewarding to be able to play a role in that.”

Now, as Latter prepares to retire, he expects that what he will miss most will be collaborating toward important goals with colleagues he loves and admires.

“I’ve been really blessed to serve with so many exceptional people, including President Brower, my colleagues on the administrative cabinet, my staff, and of course my predecessor, Art Shingler,” he said. “I am a better leader and person because of the examples of each of these people.”

“At PLNU, the practice of awarding an honorary degree is rare and held for the recognition of exceptional contributions, influence, and furtherance of the university’s success, effectiveness, and mission.”

In retirement, Latter hopes to still engage in meaningful work, whether paid or volunteer, and to travel. He enjoys spending time with his wife, Vera; dabbling in the stock market; reading; and cooking meats on his smoker. He and Vera, who met as students at PLNU, have been married for nearly 41 years. They have two children who attended PLNU, Tiffany and Jordan, a son-in-law who is a PLNU alum, and two grandchildren. In addition, Latter’s father is a Pasadena College grad, and his brother and sister both attended PLNU, so it’s safe to say the university is a significant part of their family heritage.

“When I was considering the next step in my career more than 31 years ago, I knew that I wanted to work at a place that made a difference and hoped that I could make a difference in that place,” he said. “When God called me to PLNU, he fulfilled those desires in ways I couldn’t have imagined. I am a blessed man.”