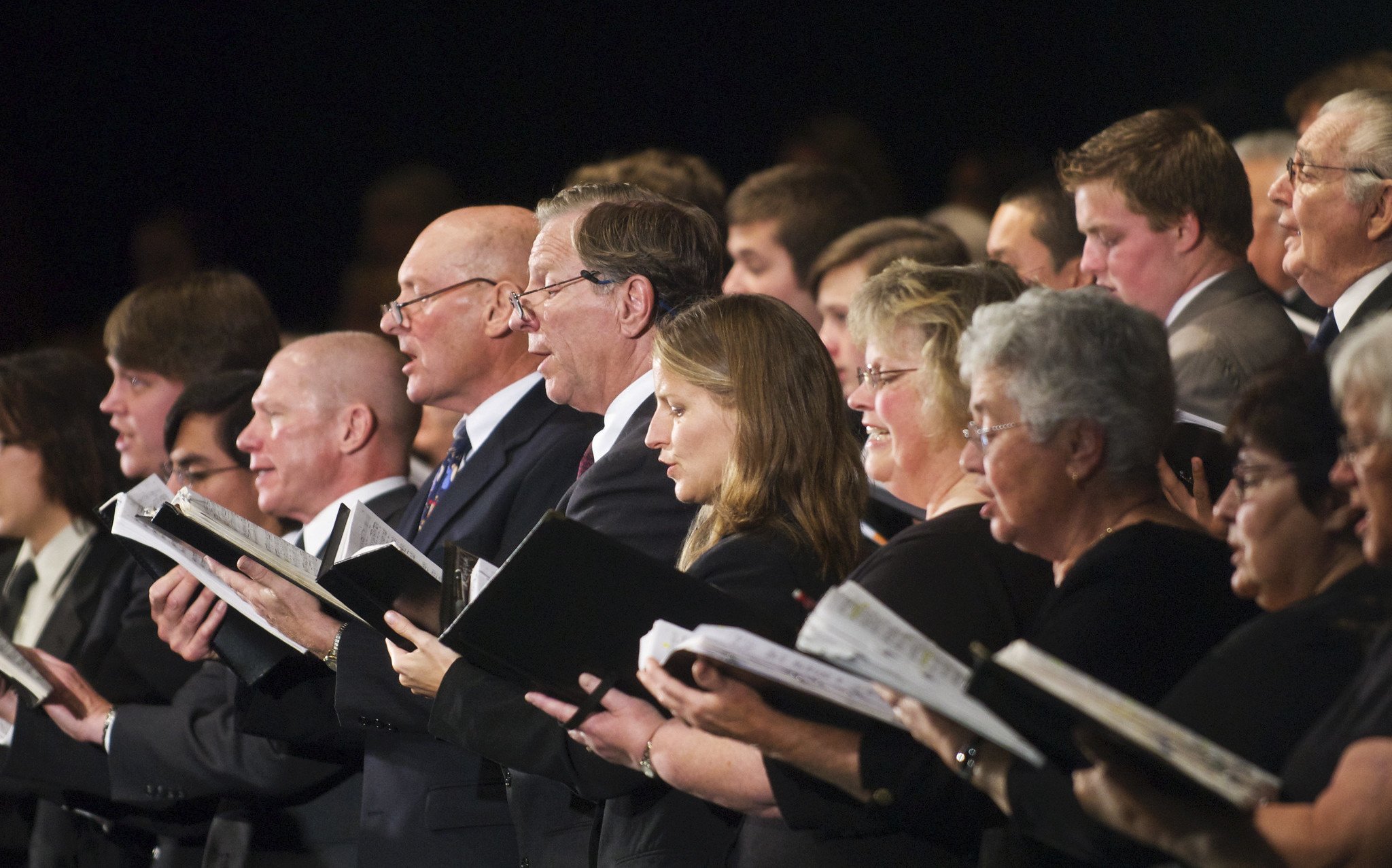 Christmas traditions are an important aspect of holiday celebrations for many. PLNU has their own form of this in the annual performance of “Handel’s Messiah,” an event put on by the university time and time again to celebrate Christ through music.

Every year, PLNU students, staff, community members, and alumni team up to carry on the tradition of this show.

Melva Morrison (75) is an adjunct professor who graduated from PLNU with a double major in piano performance and music education. As a student, she performed “Handel’s Messiah” under the direction of Dr. Chester Crill, D.M.A. When he retired, Morrison’s father, Keith Pagan, D.M.A., began conducting the performance at the school. He was conductor as the university was moving from Pasadena to San Diego, back when the concert took place in the gym, and continued up until his retirement. “I remember him saying how important it was for us as a college to reach out into the community,” she says. Including community members started out of necessity, the school was even smaller during this transition, and the performance requires a big orchestration. Even after the school established its roots in San Diego, they were encouraged to come back as a way of continuing this tradition of solidarity and inclusion.

Hosting this concert at the school brings people together at many different stages of their life while unifying everyone under the power of the Scripture being sung, from pregnant women singing “Unto us a child is born,” to elementary school kids in attendance getting to hear these songs for the first time. A woman whose husband had been a part of this performance for many years brought in his collection of music scores for “Handel’s Messiah” after he had passed away, believing he would want it to continue being of use to the choir and school he had loved so much. Pedersen explains how this symbolizes to him “the beginning of life and the end of life … It is a remarkable privilege and honor.”

“When you sing together there is something of value … This is a swell of unification of praise through singing and playing and recounting of the story.”

The soloists are chosen from music department students, but the majority of the concert showcases a unified body. As Morrison explains, “When you sing together there is something of value … This is a swell of unification of praise through singing and playing and recounting of the story.” Simply put, she says, “It is an opera that’s not staged, it tells the Christmas story [so that] you can emotionally go through that change as if you were living what you are attending.”

Pedersen has been the conductor of this show for 22 years at PLNU and reflected on what makes the performance so significant: “The music is a tradition, people have been singing this for 200 years … It’s an expression of their faith, a way to celebrate the Christmas message and story.” The original “Handel’s Messiah” is originally more than two hours long, so he shortened the adaptation to 90 minutes and rotated songs out, giving those who continue to participate a new set list that still incorporates the heart of the message.

For those who have never heard “Handel’s Messiah,” Pedersen says that the piece is “several styles removed from us,” and can be hard to understand in the way it was written then. He encourages all those who attend to “go in with an open mind and ask yourself, ‘what emotions is the composer trying to express at this moment?’” Morrison adds that the beauty of this performance is in the way “you can hear the angel coming to the shepherds and go through the stages of the most important connection between God and mankind. You can hear it all in this music. The quotes from Isaiah and the prophecy, it is a big devotional on what Christ’s coming means to the world.”

Related Article: How the study and performance of music has the power to make us more patient, humble, and hard-working people.