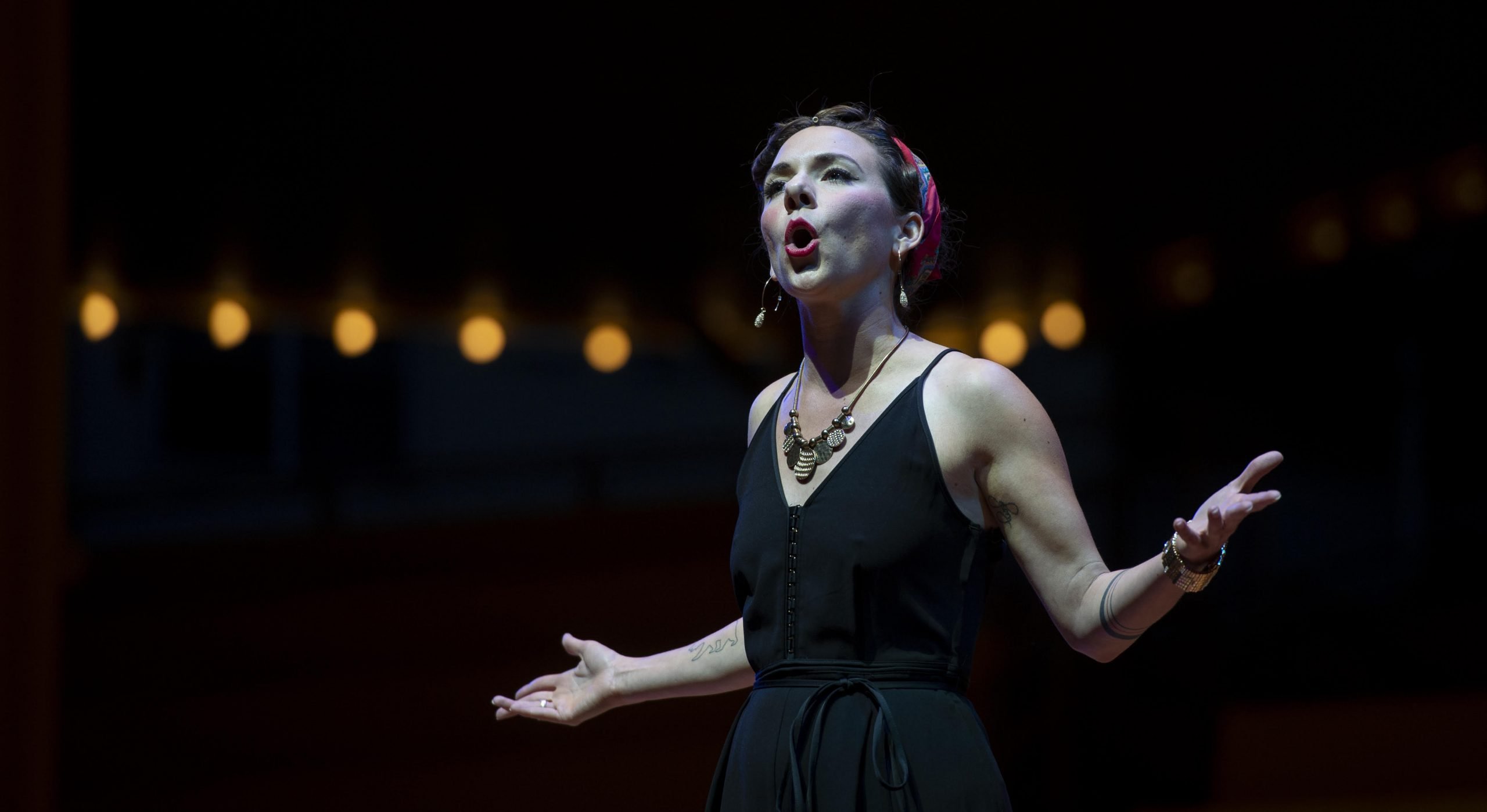 What can you do with your degree in music? A lot! From composing scores to performing onstage, graduates of PLNU’s Department of Music are using their degrees in diverse and fulfilling ways.

An experienced pianist and composer, Jamie K (’07) received her degree in music with a minor in business and has gone on to compose original tracks for video games released on the PlayStation and XBOX. She is a member of G.A.N.G. (Game Audio Network Guild), the industry group for professional composers and sound designers and was chosen by the guild to attend the NYU VideoGame Scoring Workshop in 2019.

She said it was a long journey to get to where she is now, she had to learn how to make sacrifices and handle rejection by separating it from her passion and the work she does. Though she never imagined she would be in this particular career, K has found a lot of unknown joy in the unexpected.

She said her time at PLNU helped to set her up for the work she does now.

“People in the entertainment industry think degrees don’t matter, but it really has helped me a lot,” she said. “You will really use what you learn in college (even though sometimes it feels like you won’t), but [my] business minor helps me a lot as a self-employed composer, and saying I have a degree in music has mattered for getting bigger jobs.”

As a classically trained pianist and impassioned vocalist, K has spent time balancing the career she is in now with the music she enjoys making. Her own compositions are where her heart is, and K admits that it is sometimes difficult to navigate offers for projects that do not align with the things she wants to produce.

“If gamers find that they like my work while they are playing, hopefully they will also check out the Christian music I am creating,” she said. “It’s cool to be a light in the dark place. I pick and choose the projects that don’t contradict my beliefs and have been guided by God throughout the journey.”

Erick Schroder (07) currently works as a film, theater, and video game composer. His love for music began at an early age when he started taking piano lessons. This translated into the passions he developed for theatrical writing and a love of musical scores.

Schroder started out at community college and was heading toward a profession in computer sciences but knew that his passion was elsewhere. Once he transferred to PLNU, he decided to pursue a career that gave him a sense of purpose in something he’d always enjoyed. Schroder ultimately earned his degree in music composition, a program where “supportive teachers took it upon themselves to pour into and mentor me.”

“After graduating from Loma, I had to pay my bills, so I took a job at Starbucks for five years,” he said. “It was a struggle to balance needing to survive with pursuing my craft.”

He taught piano lessons on the side and worked on compositions for student films until he was able to put a demo reel together to apply to the University of Southern California’s prestigious Scoring for Motion Picture and Television Program.

“I got through this mourning process of the reality that I had to pay bills, but it didn’t mean I couldn’t also pursue what I wanted.” Once he felt ready, Schroder applied to and earned a spot at USC where he received valuable mentorship from many different composers.

It took time for Schroder to get where he wanted in his career, after taking on smaller projects and working different jobs to make ends meet. Continuing to pursue this career paid off as he now has a management team and is working on projects with Hulu. He has composed scores for motion pictures like  American Christmas and Under the Stadium Lights.

“My job is flexible, and I get to be creative. I get to play with the music. It doesn’t feel like work,” he said. He is also constantly learning: “It’s all about trying to grow as much as you can by talking to the director, the creative team, and looking at their process.”

Alexandra Rodrick (11) has faced similar challenges to get where she is now as an acclaimed opera singer who has traveled the world performing.

“My time at Point Loma gave me an advantage,” she said. “After 2008, opera was no longer financially supported by the university, so my peers and I started a club and produced operas with other members at the music department. This taught me the importance of making your own stuff happen, having that background has helped.”

After graduating, she says there was a time where she needed to work a lot of odd jobs in order to survive but never lost sight of her passion. “My first year out of PLNU, I went to Germany, then came back, and lived with my parents. I was a secretary for my old church and a substitute teacher for a middle school, but once or twice a month I was still doing auditions.”

Rodrick acknowledges that it can be expensive to audition but reflects on the ways it allowed her to be creative while pursuing this career in music. “[Auditioning] is a great opportunity but reinvesting in yourself by holding a recital on your own or being entrepreneurial and making your own opportunities can help. Start small. Working other jobs and having a strong base gives you more room to explore your next steps in the career you ultimately want.”

She waited a few years to attend graduate school, so she would be better situated to get into a funded program. This paid off, and Rodrick attended Boston University where she learned invaluable skills while making connections that allowed her to launch an international career singing in Japan.

Often, she finds it important to remind people that this success took time and dedication. “You can’t let yourself get discouraged if things don’t work out right away. Right now [musicians] are facing somewhat bleak circumstances, so challenge the rules of how things should be done and innovate.” Rodrick said taking risks to pursue this work has been fulfilling because singing, collaborating with other artists, and being on stage are what give her purpose.

K, Schroder, and Rodrick found their callings in music, even if it took a little while to get where they wanted to be. Though their professions might differ from one another, the work it took to get to where they are now is something they all found to be worth the effort.