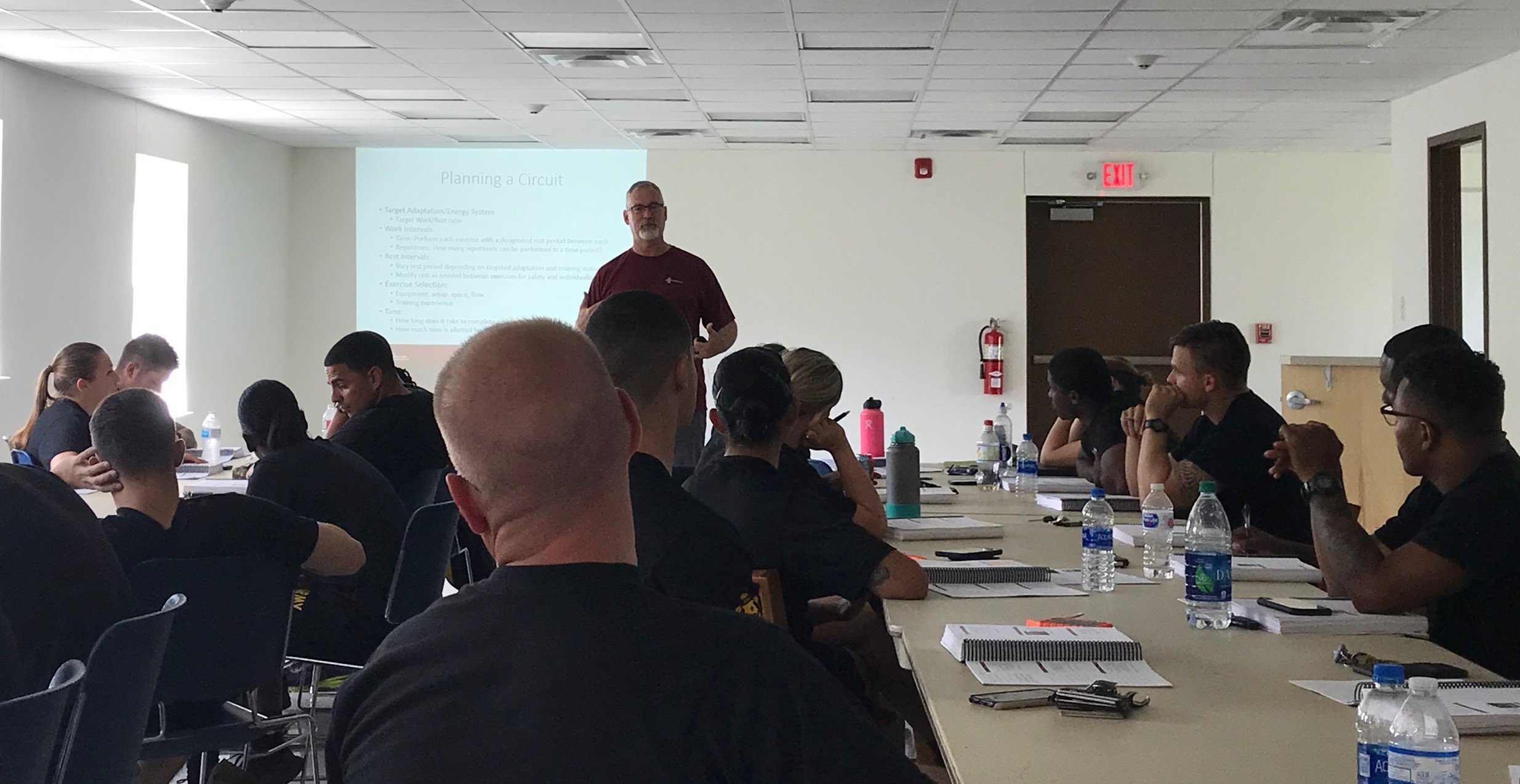 Alvar is a professor in PLNU’s Master of Science in Kinesiology program where he oversees the sport performance, exercise science, and sport management concentrations. His area of research is related to sport as well as tactical strength and conditioning. Alvar has seen his students go on to serve as sport scientists and strength coaches for Major League Baseball, the National Basketball Association, National Hockey League, and NCAA universities and teams as well as in positions within the fire service and military.

For those who are unfamiliar, tactical strength and conditioning programs are developed to help fire, law enforcement, first responders, and military professionals perform at their best while lowering injury risk and long-term strain on the body.

“We use a scientific process for testing and training professionals for optimal performance,” Alvar explained. “We also aim to reduce injuries and premature morbidity and mortality. If they aren’t prepared for a job, the job can wear them down. We also want them to have the ability to enjoy a full life once they retire.”

Alvar also enjoys teaching his students evidence-based practice and research skills such as finding and evaluating literature and mentoring students in the research/publications process.

“Our graduate program creates entry-level scholars,” he explained. “I help them understand what they need to do to really dig into the scientific literature and not just rely on anecdotal experiences. One of the reasons for this award is because I helped to develop various programs and courses that train individuals in this area.”

The research skills Alvar teaches his students prepare them to make a difference in the field.

“My students conduct research on various tactical and athletic populations,” he said. “They measure efficacy and study ways to test sport and tactical athletes. I teach them to utilize the various tools espoused by the NSCA and put them into practice. The purpose is to get my students to engage in the science and practice of strength and conditioning – to learn the foundational principles and be active contributors to the field.”

“If they aren’t prepared for a job, the job can wear them down. We also want them to have the ability to enjoy a full life once they retire.”

In addition, Alvar was voted president-elect of the NSCA. He will serve from 2021 to 2024.

“This is an incredible honor as the NSCA is a 60,000+ [member] worldwide organization that prepares strength and conditioning coaches, educators, performance and sport scientists, personal trainers, tactical professionals, and others to enter the industry,” said Jeff Sullivan, Ph.D., ATC, Vice Dean of PLNU’s College of Health Sciences. “The NSCA is the clear gold standard for certifying professionals in these disciplines and the organization [PLNU] modeled our MS-KIN Sport Performance concentration after. Brent is a longtime Fellow of the NSCA, has written the curriculum and training course for their Tactical Strength and Conditioning Certification, and was recently named Educator of the Year by the NSCA (2016). It’s only fitting that he would also achieve this highest honor!”

“The NSCA has been my professional home,” Alvar said. “I’m to the point in my career where I want to give back to the organization that has done so much for me.”

Prior to coming to PLNU in 2017, Alvar served in a joint role with Chandler-Gilbert Community College and Arizona State University before helping establish various health professions graduate programs at Rocky Mountain University. At Rocky Mountain, he also served as director and then vice president of research. Though he enjoyed the work, Alvar missed engaging more directly with students.

“The ability to mentor young scholars, to really work on creating a passion for research and evidence-based practice was calling me,” he said. “To do it here at Point Loma, where I consider myself to be part of a very robust and highly decorated faculty in kinesiology — it’s a great place to work and a really good fit for who I am.”

Outside of work, Alvar enjoys resistance training, fishing, hiking with his wife, Lara, and walking his standard poodle, Magnus. The Alvars have two daughters, Jocelyn, who recently graduated from Arizona State University and was accepted into medical school, and Bryce, a PLNU freshman planning to study graphic design.