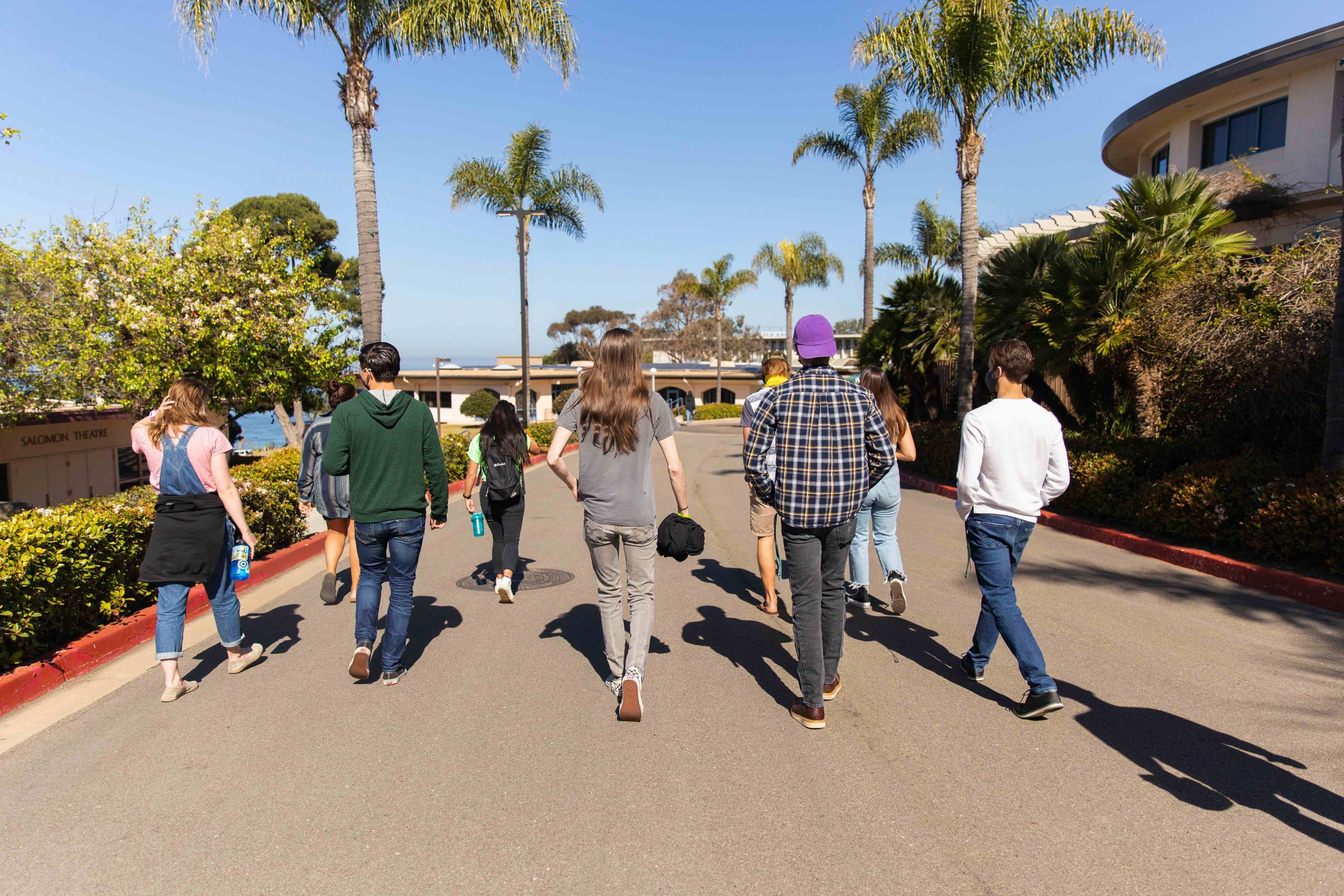 From poverty and food insecurity to unsustainable practices and lack of equal opportunity access, there’s no question our world faces a lot of problems to solve.

Cue Enactus, the largest experiential learning platform focused on finding social and sustainable solutions on issues around the world. Enactus works to accomplish this mission by developing students into the next generation of social-entrepreneurial leaders, encouraging students to take action through business innovation.

“They’re trying to actively help the students become student leaders,” said Frank Marshall, DBA, and faculty advisor of PLNU’s Enactus Club. The global operation spans 35 countries, and PLNU is among 317 teams in the U.S. chapter. PLNU is currently the only San Diego-based university involved in the program.

Marshall introduced the Enactus Club to PLNU in 2018 as a way to help students continue to innovate, grow, and learn. Since then, the program continues to progress. The group currently has six active participants, with plans to expand to 10 in the near future. The club is open to all PLNU undergraduate students, no matter their academic major.

PLNU’s Enactus Club’s first project was installing micro pantries at the San Diego Food Bank and the San Luis Rey Mission in Oceanside, showing members firsthand how they made a positive impact on community members. As this project continues to develop, the group has seen it spur on other colleges and community members to create their own Enactus groups and get involved with micro pantries.

“For me, it really just hits home with the idea that we’re a social entrepreneurship group that’s really looking to help our community in different ways, choosing the talents that God’s provided us with so that we can make the world a better place to be in,” said Marshall. “And Enactus just gives us a vehicle to use for that.”

We’re a social entrepreneurship group that’s really looking to help our community in different ways, choosing the talents that God’s provided us with so that we can make the world a better place to be in.

This past April, the PLNU Enactus group competed for the first time in the Enactus U.S. Early Stage Competition, in which clubs from around the nation present their in-progress projects to a panel of judges.

To participate, the PLNU Enactus group had to be invited — which wasn’t offered to everyone — by submitting a summary of their project. Because of the COVID-19 pandemic, the event was virtual, and teams submitted a video describing the work they’re doing. PLNU’s group presented one of their main projects, the Immigrant Entrepreneur E-Commerce Project, and received an invitation to present their work.

The aim of the project is to work with immigrant entrepreneurs to create e-commerce platforms for their businesses. The project aligns with three of Enactus’ sustainable development goals (there’s 17 total): decent work and economic growth, reduced inequality, and climate action.

“The idea is social entrepreneurship, where we’re coming in alongside people that could use help and helping them create a better business, a better life,” said Marshall.

Enactus is actively working with an entrepreneur from Uganda, Ojok Okure, to help him expand his shea butter company into the global market by setting up a U.S.-based e-commerce platform enabling customers to purchase online. This growth in Okure’ business will allow him to bring the income back into his community in Uganda by employing other members.

“It becomes this business of its own that’s sort of self-sustaining at the end,” said Marshall. And in this case, the direct-to-consumer model also helps prevent unsustainable shea nut exploitation.

During the competition, the judges asked students questions and provided feedback on their projects, such as how they came up with the topic, why it’s important, how to make it scalable in the future, and whether their group would become a U.S. distributor for Okure’s shea butter.

They were also questioned on how sustainable their project is.

“If all of a sudden this person goes from selling in his local [community] to worldwide, are we really creating more of a problem for this [community] in terms of being able to regrow the shea butter nuts quicker?” said Marshall.

The group is in the process of connecting with more immigrant entrepreneurs they can support, whether in another country or here in the U.S.

“There’s a ton of people in Mid-City who came from different countries, and they’re all trying to sell products [on a smaller scale],” said Marshall. “And we’re saying, ‘Let’s help elevate them from where they’re at to something different.’”

In a congratulatory email to PLNU President Brower, Enactus President and CEO Rachael A. Jarosh and Interim President Steve Kappler described the opportunities students in the program receive.

“The entrepreneurial leaders on the Enactus Point Loma Nazarene University team outperform their peers as benchmarked on the Gallup/Purdue study for integrity, work ethic, adaptability, and teamwork,” wrote Jarosh and Kappler.

Enactus also provides a summer leadership program in which students can network and interview with Enactus’ international network of more than 500 corporate partners. In the program, students are provided job and resume resources and also gain project planning, budget, and fundraising skills.

“There’s definitely a lot of opportunities that are available to them,” said Marshall.

The club’s longer-term, but foreseeable goal is to develop and maintain multiple projects. They also want to make it to the Enactus World Cup Competition next year, which is the next level up from the Early Stage Competition. Marshall said they plan to present their e-commerce project, which means they’ll be evaluating the revenue success of Okere’s business, as well as the other entrepreneurs they’ll partner with once identified.

“We’re trying to represent Point Loma well within our community,” said Marshall. “And when people hear about Point Loma Enactus, they have good thoughts about it.”