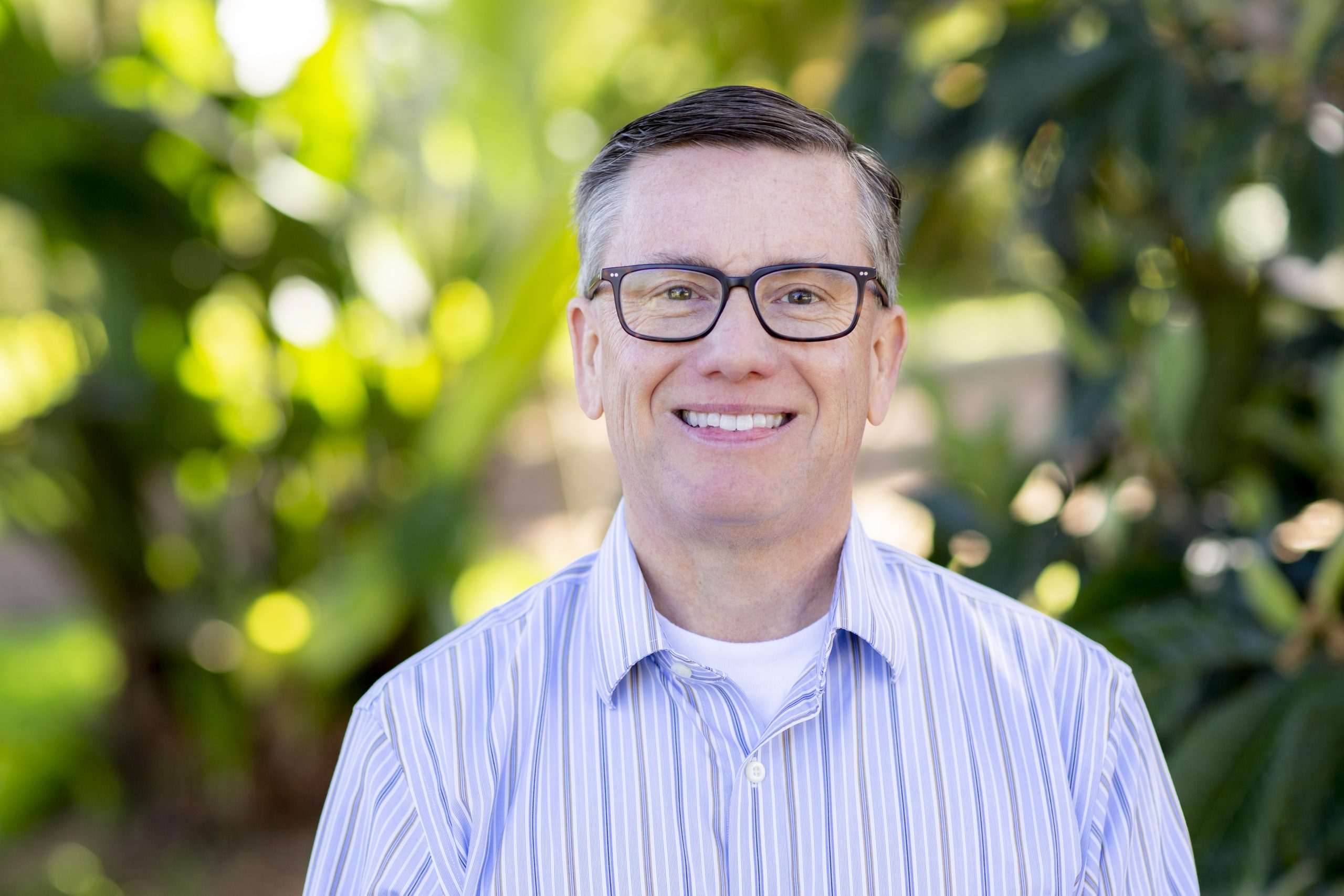 Mark Maddix, Ph.D., dean of the School of Theology & Christian Ministry and professor of practical theology at Point Loma Nazarene University, knows all about following your calling, no matter how daunting it may seem.

He originally wanted to become a secondary education math teacher before realizing his call to Christian ministry.

“I really struggled for about a month or so about this call to the ministry. I didn’t really know what it meant, nor did I really know any of the implications of it,” Maddix said. “I just knew that every night when I’d pray, I had this impression that God was calling me — and the language then was ‘called to preach or called to ministry.’”

“I just knew that every night when I’d pray, I had this impression that God was calling me — and the language then was ‘called to preach or called to ministry.’”

Maddix grew up in a Christian home where he was a part of a supportive local church. In high school, he was an avid drummer and played in a Christian band that traveled.

“I made an early commitment to faith, I think at around age 5, and I was baptized at age 10,” Maddix said. “But really when my faith became my own was when I experienced this sense of call to ministry and began to recognize that this was going to be a different way of life for me at that point.”

Maddix, who had never even heard of Asbury College growing up, was introduced to it by someone he looked up to.

“There was a Methodist pastor in my hometown that was commuting like a hundred miles to the Asbury Seminary. One day he asked me to ride down with him and I did. That’s when I really felt like this is what I should do,” Maddix said.

It wasn’t long before he and his wife, Sherri, who he married in college, packed their bags and moved to Wilmore, Kentucky, to pursue that calling.

After college, Maddix began seminary at Asbury, where he served in youth ministry at Lexington First Church of the Nazarene for four years.

He then spent 12 years as a full-time pastor in Pennsylvania and Idaho, where he did some adjunct teaching at Northwest Nazarene University.

It was at this point he felt another calling: teaching.

“I think it was more of continuing my call to ministry by preparing other people for ministry,” Maddix said. “I never really aspired to be a professor. I’d always felt called to be a pastor. So, actually, it was a route that I really didn’t even anticipate.”

Anticipated or not, Maddix leaned in. He went back to school, got his Ph.D. and began teaching full time around 1998.

He named South Africa and the Philippines as two of the most impactful places he’s ever visited.

Maddix began teaching at PLNU in 2016, and now teaches ministry-related courses such as Introduction to Ministry and Formation, The Christian Gathering (Worship), Church and Mission, and Pastoral Leadership.

“What inspires me the most is having opportunities to see people grow and develop and to really equip and empower them to utilize their gifts and their abilities,” Maddix said. “The reason we’re here is to help students develop holistically and to deepen their faith as they explore and wrestle with the deep issues of life and faith. And while that at times can be a difficult task or a challenging task, it’s a very rewarding one.”

“The reason we’re here is to help students develop holistically and to deepen their faith as they explore and wrestle with the deep issues of life and faith. And while that at times can be a difficult task or a challenging task, it’s a very rewarding one.”

To students and future students considering a path in Christian ministry, Maddix encourages thinking of it as an investment.

“It will provide you with a context by which you can nurture your own faith, that you can explore the deep meanings of reality and that can help you grow spiritually,” Maddix said. “It’s really preparing your own personal development back to your own formation in a way that’s going to carry you for the rest of your life.”

And when it comes to answering that call, Maddix said he’s thankful that he did.

“It was my kind of full surrender to God and saying, you know, I’m going to do whatever God wants me to do,” Maddix said. “It’s a scary thing to do, but a great thing to do.”