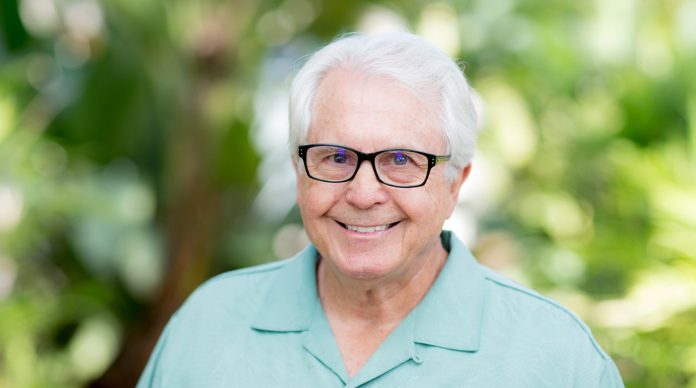 Since 1907, the Church of the Nazarene has held general assemblies every four years. These global family reunions serve as times for worship, fellowship, training, and decision-making. We sat down with Dr. John Calhoun, director of PLNU’s Center for Pastoral Leadership, to learn highlights from this year’s General Assembly, key decisions made as resolutions to the church manual, and what those changes mean for the church today.

Q: Were there any new general superintendents elected to the leadership this year?
A: We have two new general superintendents: Carla Sunberg, who served as president of Nazarene Theological Seminary, and Filimão Chambo, who grew up in Mozambique and was the regional director for all the countries in Africa. The six general superintendents, three of whom are Americans and three who are not, act as a board to give jurisdiction over all these world areas. The Church of the Nazarene is committed to being a global church that gives equal voice to everybody everywhere. The evidence of that is the leadership now; half the people in leadership are not from North America. We’re a 2.5 million member church, and now, 75 percent are not Americans.

Q: Of the resolutions discussed this year, were there any in particular that you recall having significant impact?
A: When they heard there was going to be a resolution that would speak better about creation — that would be open to science — our faculty here at PLNU were very interested in what happened. The amendment to the statement of creation, Christian Action-719, which had a 99 percent approval rating, basically states that the church is open to what science is discovering, with the basis of God as the Creator. Before, the way it was written did not leave it open to science. We are a Christian liberal arts university rooted in Wesleyan heritage that values scientific discovery and research, and this resolution is important to us and to many others because of those values.

Q: The other resolution that had a 99 percent approval rate centered on the topic of human sexuality. What about that resolution shifted?
A: I was talking to Professor Rodeheaver about that after we came back, and we both agree — this resolution is so biblically oriented. It kind of deals with three parts of Christian theology. One is we are all created in the image of God, and that God’s purposes for our creation were good and wonderful. The glory of sexuality is part of the glory of His creation. Second, there’s the human fall away from God. We could think about many things that have come because of turning away from God and turning toward ourselves, including the sexuality issue. The third part is the message of love and redemption. Our Wesleyan heritage comes from the renewal movement that focuses on love guiding us into all things. We face the world and each other with love. We seek to love like Jesus and live like Jesus. Regardless of what happened with the fall of humanity, the answer is God’s love. In regards to homosexuality, which is addressed in this resolution, I think any time we appear to treat a person without love, it is not godly. If we don’t show grace, love, and respect in the way we treat others, Jesus is not part of that. The resolution needed to look more like Jesus than it did and I feel it does with this change, without denouncing a fundamental Scriptural view of marriage seen throughout the Bible from beginning to end. We’re now more in tune with St. Paul when he wrote, “Speak the truth in love.” The change was very much needed to show the grace that is in Christ.

Q: It’s great those two resolutions were agreed upon by almost everyone. Were there any resolution proposals that saw conflicting ideas?
A: The resolution regarding gender identities was tabled and put to referral for more study. One person who encouraged caution about making harmful statements was one of our trustees here at PLNU, Dr. Dan Spaite (79), a medical doctor from Arizona. From a medical position, he talked about chromosomes and the irregular occurrences that can sometimes happen, and the importance of being pretty slow and careful in thinking about this. We’re more aware now than we have been in the past. Everything is in discourse now: events, people, celebrities, and even personal tragedies. I know through in-laws who had a transgender son, they were devastated when they found he had hung himself in their home, at age 14. All these sorts of things, as they get published and noticed, make everybody stop and think more than they used to. What Dr. Spaite was saying — that makes us stop and think about this. Apparently, that’s why the General Assembly referred this to the Board of General Superintendents for more study.

Q: Why do you feel it’s important for the Church of the Nazarene to allow space for questions about the resolutions and even disagreements at General Assembly?
A: It’s one big family, and family life can be a little unsettling, sometimes. But, we’re family. We seek to be a global church that gives everybody a voice, and we learn from each other. We’re not doing it just to be nice, but we’re doing it to honor God through Christ to carry out His mission. When I think about this family and its inclusivity, that we are all one people seeking to serve God’s mission in the world, I feel like I’m part of something that really matters. When I see it happen this way, as hard as it is, and sometimes as frustrating and chaotic as it can be — and, it’s not one boss telling everybody what to do, except Jesus — I feel very thankful.

Q: What was your key takeaway from this year’s General Assembly?
A: I like the audacity of thinking there could be one body, one Lord, one baptism, one church with all these mixtures of people. It’s pretty idealistic. The electing of the leadership this year shows strong support of that. What I took away from the assembly time was not only that action, which signifies something really strong, but what I felt was an experience, personally, being in the meetings, of a really authentic and beautiful sense of the Spirit of God. Especially when we would sing and worship in different languages, each taking turns singing the same song.