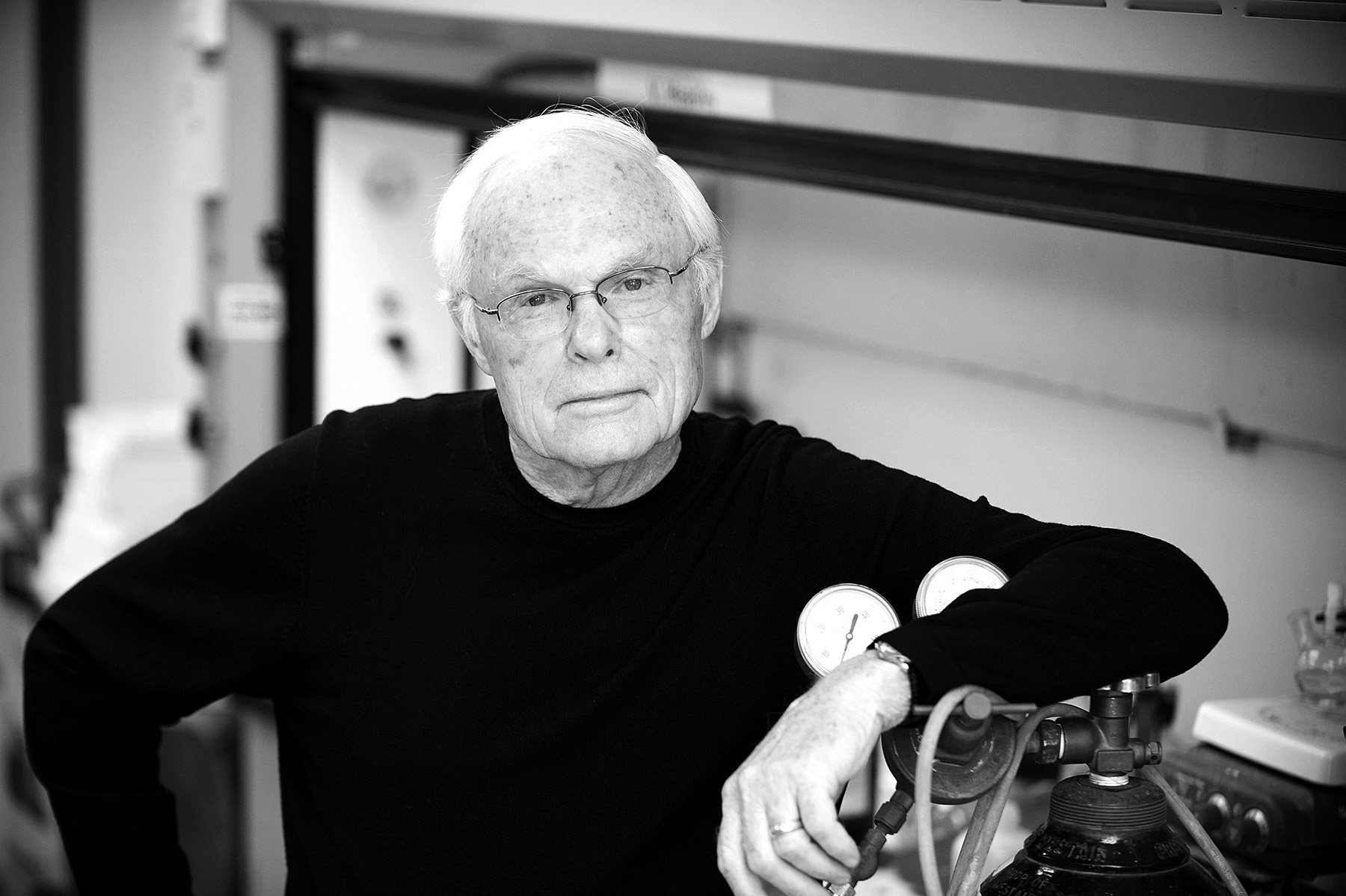 Vic Heasley, Ph.D., professor of chemistry, served PLNU for 50 years. The impact he had on PLNU students, faculty, his department, and the university as a whole are largely immeasurable. Likewise, his contributions to his field were myriad.

Heasley was hired in 1963 when PLNU was still Pasadena College. He served full time through 2009, then taught part time and continued directing summer researchers until his full retirement in 2012. Heasley always pushed for excellence and institutional improvement. He urged the administration to hire science faculty who were serious about research, helped start the university’s faculty council, and encouraged the administration to invest in salaries that would attract top scholars across all departments. Those hiring practices have had a lasting impact on the chemistry department and its students, as well as the university as a whole.

“I was not just a chemist or a teacher, but I was very much involved in attempting to build a place that you can be proud of,” Heasley told the Viewpoint in 2012.

I was not just a chemist or a teacher, but I was very much involved in attempting to build a place that you can be proud of.

In 1965, while still at Pasadena, Heasley founded PLNU’s chemistry summer undergraduate research program, with the goal of giving his students an opportunity to gain real research experience and to become co-authors of journal articles. Dale Shellhamer, Ph.D., joined him in this effort in 1973, and with their encouragement, biology began providing summer research opportunities as well, beginning in 1979. As of 2021, a total of 877 PC/PLNU students have been able to participate in summer research under the direction of 41 faculty and alumni mentors — a truly remarkable legacy.

During his 48 years of directing undergraduate research, Heasley raised over a million dollars of support money with 44 grants. He also authored or co- authored 80 publications in peer-reviewed journals, most of them with student co-authors. He served as a reviewer for the Journal of Environmental Science and Technology, the Journal of Organic Chemistry, and the National Science Foundation. The beginning chemistry laboratory textbook he wrote with his brother, Gene, and colleague Val Christensen, is in its sixth edition. Heasley was a consultant for the U.S. Geological Society from 1980 to 1985 and for Alliance Pharmaceutical from 1989 to 1995.

Heasley was also a catalyst for starting the joint biology-chemistry major, which has become the most popular science major and proven a successful pathway to medical school or a career in biotech.

The reason Heasley always gave for doing all that he did was simple: he loved the students. “Students were exciting to be around; they were filled with new ideas and thoughts which brought meaning to my life,” Heasley wrote in a statement for his resume. “Each student meant a new and different relationship — these relationships and friendships kept me going for so many years.”

Students were exciting to be around; they were filled with new ideas and thoughts which brought meaning to my life.

In 1995, during a talk he gave to scholarship donors and in a Viewpoint article entitled “Point Loma’s Dream for
its Students,” he wrote: “It is the students I remember and their dreams. College is a place of dreams — a place where dreams converge — a place of hoping, planning, reaching, succeeding … I dream of being authentic with my students … I model authenticity so my students will see it and practice it. Otherwise, they will never really know themselves, touch others, or be the scholars they are capable of becoming. I also dream of the inner life of students. They must have a faith, a foundation beneath learning. They must never forget what is really important: honesty, faithfulness to one’s spouse, care of one’s children, a compassion for those who are hurting and alone, and a relationship with the eternal God.”

Ken Martin, Ph.D., one of Heasley’s early students who became a faculty colleague and is now a professor emeritus, said, “What Vic did for all of us was to inspire us to imagine bigger goals and reach for our very best.”