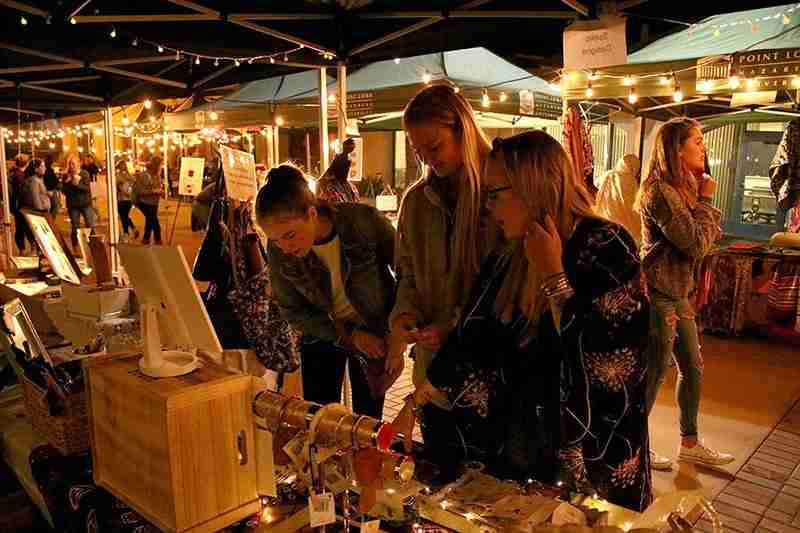 On a chilly Friday evening, students, alumni, and faculty members shuffled down Caf Lane during the Roots of Giving fair, passing tents selling handmade sandals, simple jewelry, and even cookies made from recycled grain. But beyond the clothing, trinkets, and food offered at the fair, people had the chance to walk away with something more — something you can’t put a price tag on: knowledge.

Jamie Gates, Ph.D., professor of cultural anthropology and director of the Center for Justice and Reconciliation (CJR) said that the event carried out the center’s goal of focusing “on socially and environmentally responsible gift giving.” At the eighth annual Roots of Giving fair, the CJR team emphasized not just offering fair trade products for people to purchase but also showing them why it is important to purchase ethically sourced goods.

“Ethical consumption by individuals or even by a whole university like ours at a time will do a lot, but it won’t change the fundamental structures, like sweatshops, that are exploiting people around the world,” Gates said. “However … consumers can opt for the most socially and environmentally responsible products by regularly assessing the consumption inventories of our lives and making more just choices.” 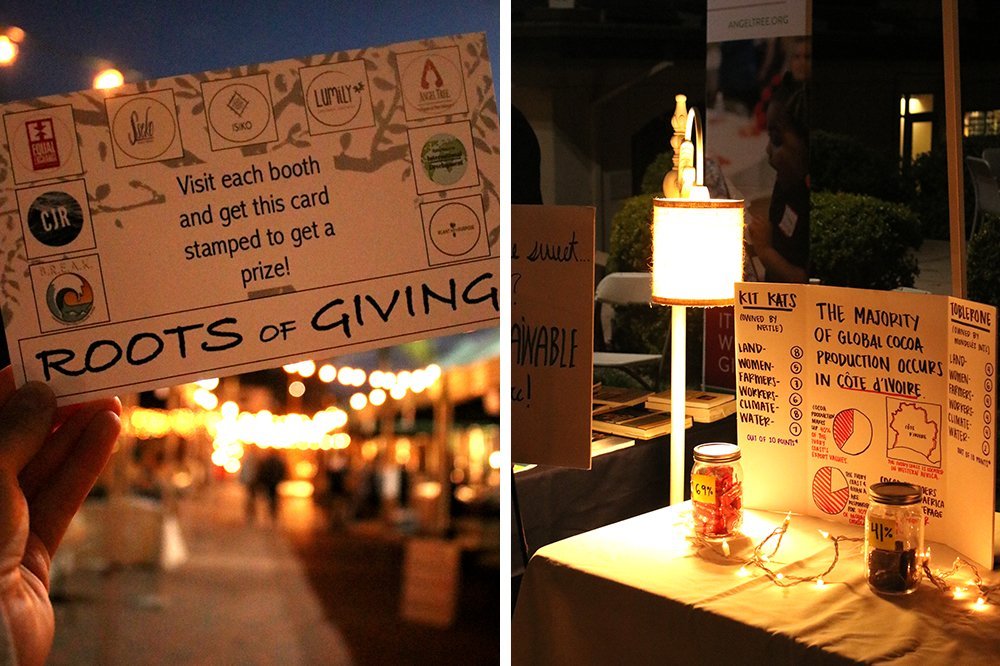 Consumers can opt for the most socially and environmentally responsible products by regularly assessing the consumption inventories of our lives and making more just choices.

For sociology major Elaine Giles, her journey for understanding ethical consumption began long before her involvement in planning Roots of Giving. She grew up visiting the Panyebar region of Guatemala with her father’s nonprofit organization, Mayan Partners, which focuses on expanding educational and medical resources to the local villages. The idea that giving has ripple effects has always been a part of her family’s dialogue, but she can recall specific moments that sparked realizations that our actions have consequences.

Now, as a CJR student-staff member, Giles has worked alongside Gates and a team of CJR staff members to bring this event to life with a blend of vendors and educational booths.

Purchasing is so much more complicated than we think

“I’m at the beginning of this journey of questioning of how we think about ‘stuff,’” she said with an emphasis on the word “stuff.” “So, the process that I went through of my eyes being opened and saying, ‘Wow, the way that we are consuming is hurting people’ — I kind of wanted that question that I had two years ago to be asked by more people.”

The stretch of bricks down Caf Lane transported people on a journey beyond the campus of PLNU and into the lives of people around the world. Each visitor to the Roots of Giving fair was equipped with a stamp card that had nine boxes to represent different booths where they could shop and learn about ethical consumption. 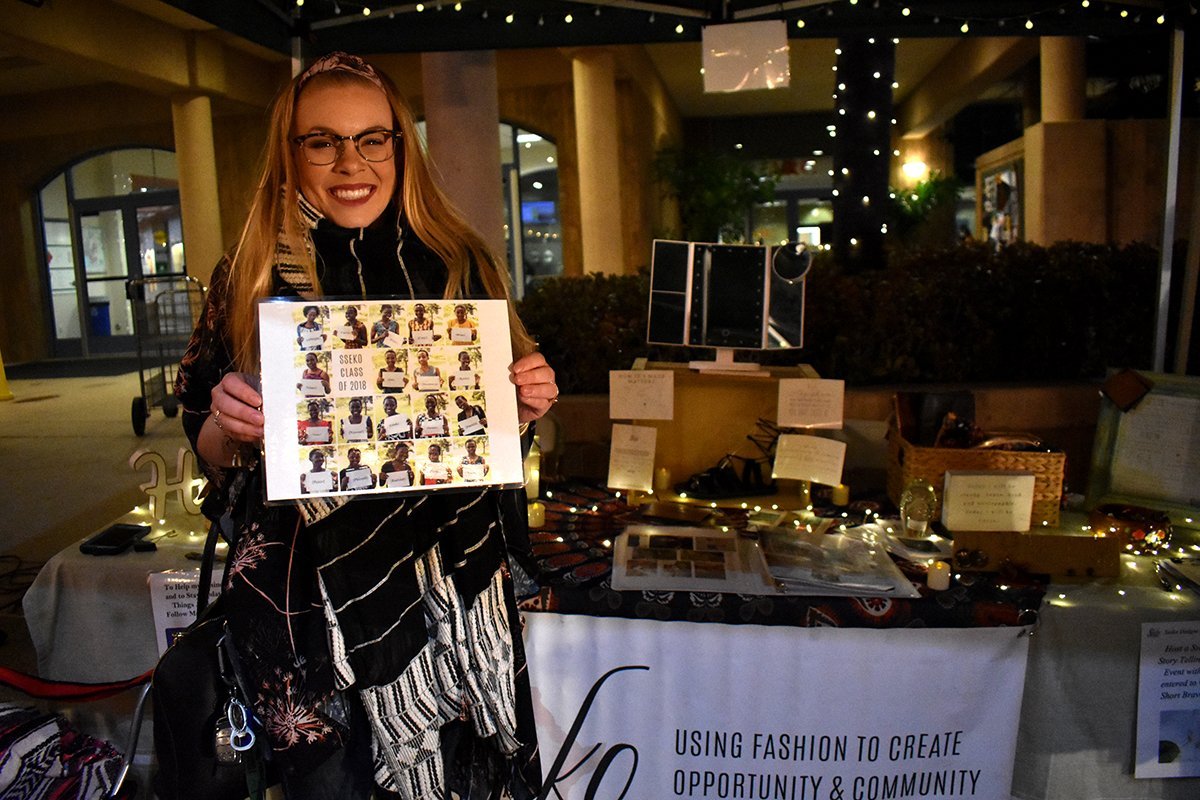 According to DevelopmentEducation.ie, a website that reports on inequality and the nature of injustice in our world today, ethical consumption is a form of activism where a person understands “the connections between a product, where that product originated and in what context it has been produced.” At one of the vendor booths there was a framed quote that said:

EVERY TIME YOU SPEND MONEY, YOU ARE CASTING A VOTE FOR THE KIND OF WORLD YOU WANT. — ANNA LAPPE

When discussing with Giles which educational booth she thinks garnered the most shocking revelations among participants, she referred to “the chocolate booth.” There, people tapped away on iPads to figure out how ethical their favorite food brands were. You could hear a sigh of disappointment as someone found out that their favorite cereal, Cheerios, only received a 40 percent ethical score. The website, Behind The Brands.org, broke down the ethical rating of a brand based upon their treatment of land, women, and water among other factors of production. 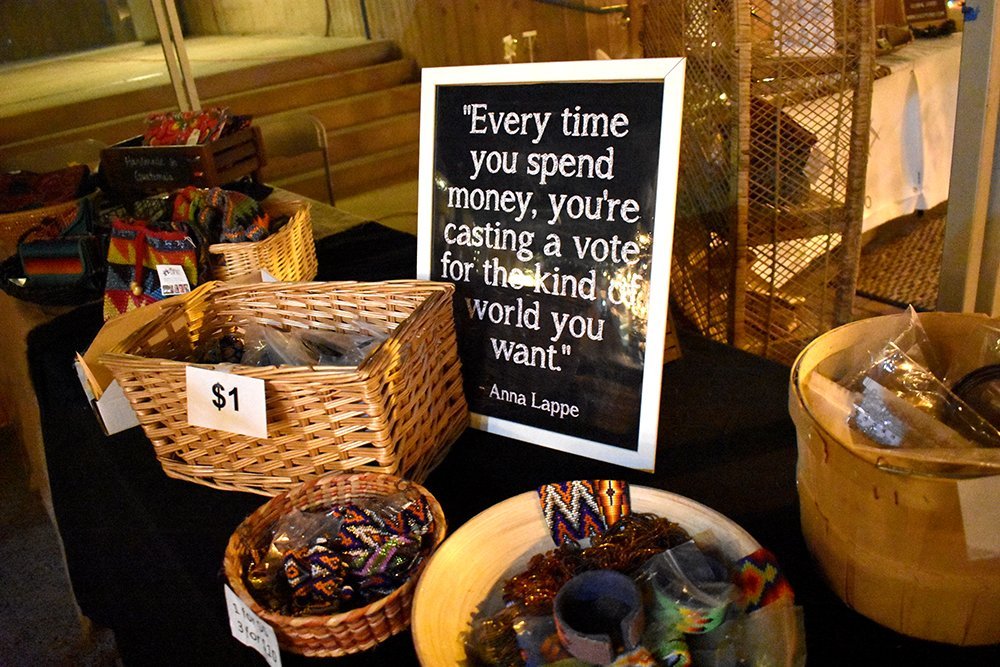 EVERY TIME YOU SPEND MONEY, YOU ARE CASTING A VOTE
FOR THE KIND OF WORLD YOU WANT.
— ANNA LAPPE

A 2015 global online study by Nielsen found that 72 percent of respondents aged 15-20 “also known as Generation Z” were “willing to pay more for products and services that come from companies who are committed to positive social and environmental impact.”

At the Plant With Purpose booth, Bree Hulman, a senior studying managerial and organizational communication, said that she has volunteered with this organization since her freshman year because their mission aligns with her passion for the environment.

“I wanted to do as much as I could because I don’t have very much money right now, but I can give my time,” Hulman said. “I mean, we’re college students, so we don’t have a lot of time either, but give what you can to organizations that matter.”

To bring things full circle, after checking off all nine boxes, each participant was rewarded with a bar of Tony’s Chocolonely fair trade, dark chocolate, a CJR card, and a bookmark about fair trade tied together with a yellow ribbon.

Emily Jenkins, a junior environmental science major, said that for her, it is amazing to see how PLNU offers events like this to start the conversation about fair trade issues and how her faith intersects her passion for the environment.

“I love that at Point Loma we bring in the Christian aspect,” Jenkins said. “We are supposed to love people and … this is a good way to include the people who have no voice and care for others … That’s what this is encouraging, and I love that.” 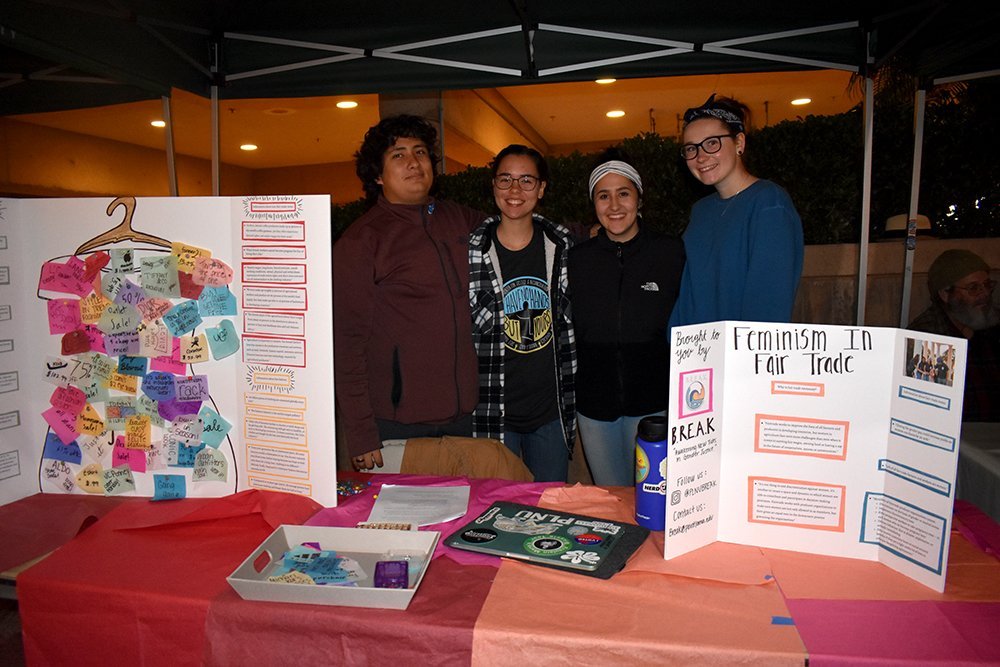 After the lights came down and the vendors packed up their goods, Giles reflected on what people walked away with. She said that CJR’s overall goal was to showcase the intersectionality of fair trade through the educational booths at the fair.

“I’m hoping that people who witnessed the educational elements and participated in Roots of Giving saw a spectrum to fair trade and consumption that they hadn’t seen before,” Giles said. “We are just hoping to start a domino effect of people asking questions, people being curious, and people calling out this system that seems so integral to who we are as people and understand that maybe it’s not.” 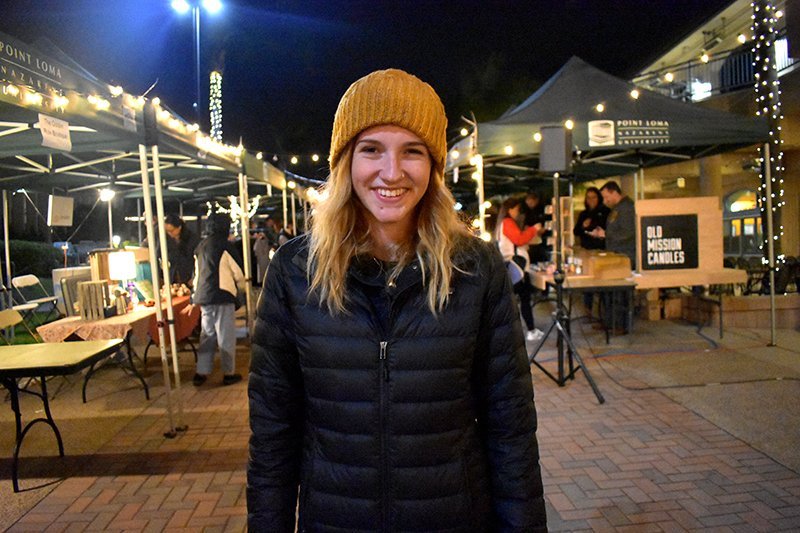 Natallie Rocha is a journalism major at PLNU. She has written for the student newspaper, The Point, and serves as news director and writer for The Point Radio. She was a 2017 San Diego Press Club Scholarship recipient, is a member of the National Association of Hispanic Journalists, and serves as a mentor to freshmen through PLNU’s Team Barnabas Diversity Mentorship Program.

Related Article: How small actions like bringing a reusable water bottle to work or biking on our commute can make a real difference around the globe.