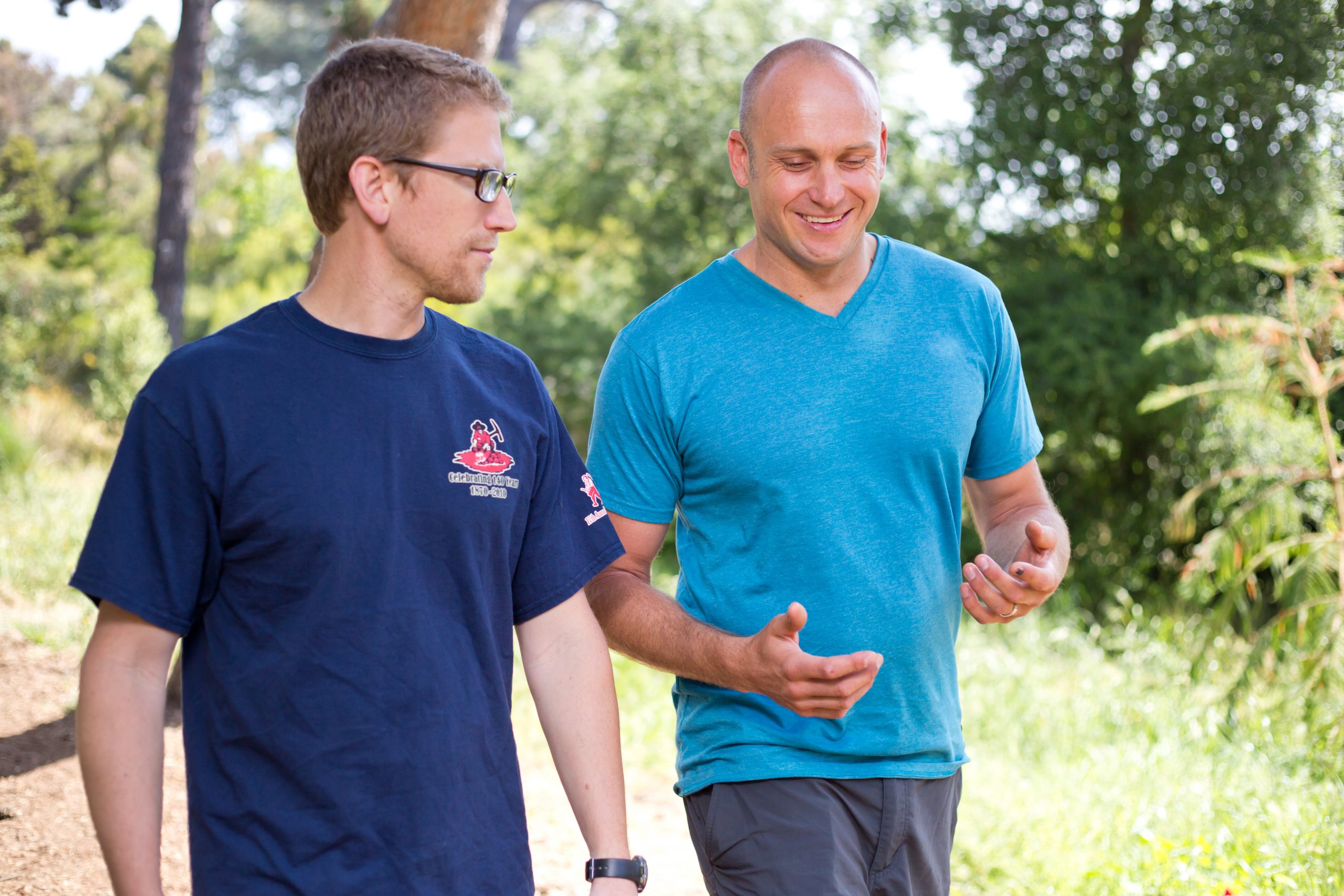 It is with broken hearts that together we grieve the loss of our friend and colleague Dr. Ryan Botts. Ryan joined the PLNU faculty as an assistant professor in 2010 where he quickly found a home among his mathematics students and colleagues. He was an excellent teacher, known for his ability to make difficult topics enjoyable and accessible to everyone.

“He did more than just teach me about statistics,” said student Brittney Shaw. “He forever instilled in me a love and appreciation for the subject, and he inspired me to be the best I could be while remembering to take care of my whole self.”

Ryan’s training and expertise in both statistics and writing computer code made him the ideal collaborator across our campus and beyond. Besides the work he did in his own department, he also contributed significantly to research in biology, chemistry, kinesiology, nursing, and psychology, opening scholarly doors that would otherwise have remained firmly shut. Beyond our borders on the Point, he collaborated with scholars at UCSD, Oregon State University, and the University of Idaho. He successfully directed that much coveted but often elusive interdisciplinary scholarly work.

Not only was Ryan remarkably successful at bridging the gaps between disparate disciplines, he taught that skill to and modeled it for his students at PLNU. Ryan recently wrote, “Working on a wide variety of interdisciplinary problems has led me into research on how to train the next generation of interdisciplinary scientists.”

But it wasn’t just his statistical and computational skillset that was in high demand. Ryan had a way with people from all disciplines and all walks of life. He had friends in virtually every department and office at PLNU, and he couldn’t take a short walk from one building to another without stopping to talk with a student from a general education course he had taught three years before or a landscaper who shared his passion for cycling. His humility and abiding love for God and his fellow man won him friends, real friends, everywhere he went. His genuine concern for every person on our campus reminded you more of a chaplain than a statistics professor.

“I think you’d be hard-pressed to find anyone on campus who didn’t consider Ryan a friend. As I’m sure you know, that’s just the kind of person he was,” said Max Butterfield, Ph.D., professor of psychology.

When he wasn’t listening intently to someone’s story of triumph or struggle, he was donating his time – and sometimes his own money – to fix up a single mother’s condo or to 3D print face shields for clinics in Mexico. He was always giving of himself: his time, his money, his knowledge, his skills with a hammer or wrench, or his godly wisdom.

He was never too busy to help out a colleague or a student in need. Biology professor Mike Dorrell, Ph.D., reflected that when you came to Ryan, “Your problem at that time was the only one that mattered.”

He had a way of “making anyone feel like a priority,” as biology student Caleb Bates said.

And indeed, people were his priority. Besides his gift for interdisciplinary scholarly work and the emotional intelligence that allowed him to make even “Introduction to Statistics” enjoyable for an art major, Ryan first and foremost loved people.

He was always giving of himself: his time, his money, his knowledge, his skills with a hammer or wrench, or his godly wisdom.

But perhaps Ryan’s greatest legacy at PLNU will be the countless students’ lives he forever impacted. He was not only their teacher, he was also their mentor, their pastor, their cheerleader, and their friend.

“So much of who I am and what I do in my academic and personal life can be attributed to Dr. Botts’ mentorship and investment in me,” wrote alumna Mariele Lensink (19).

As we mourn the tremendous loss his passing is to us personally, to the PLNU community, and to the world at large, let’s never forget that he made us all better with his kindness, generosity, selflessness, and love. We can be grateful for having been blessed with such a friend and colleague for so many years. This is the legacy of a life well-lived.

Ryan died on Tuesday, September 22, 2020 from sudden cardiac arrest caused by a rare heart condition. He is survived by his wife Nikki, his parents John and Linda, and his brother Randy and Randy’s wife and children.

David E. Cummings, Ph.D. is a professor of Biology and wrote this piece to memorialize the passing of his friend and colleague.

Renate Chancellor and Social Justice in the Library Sciences