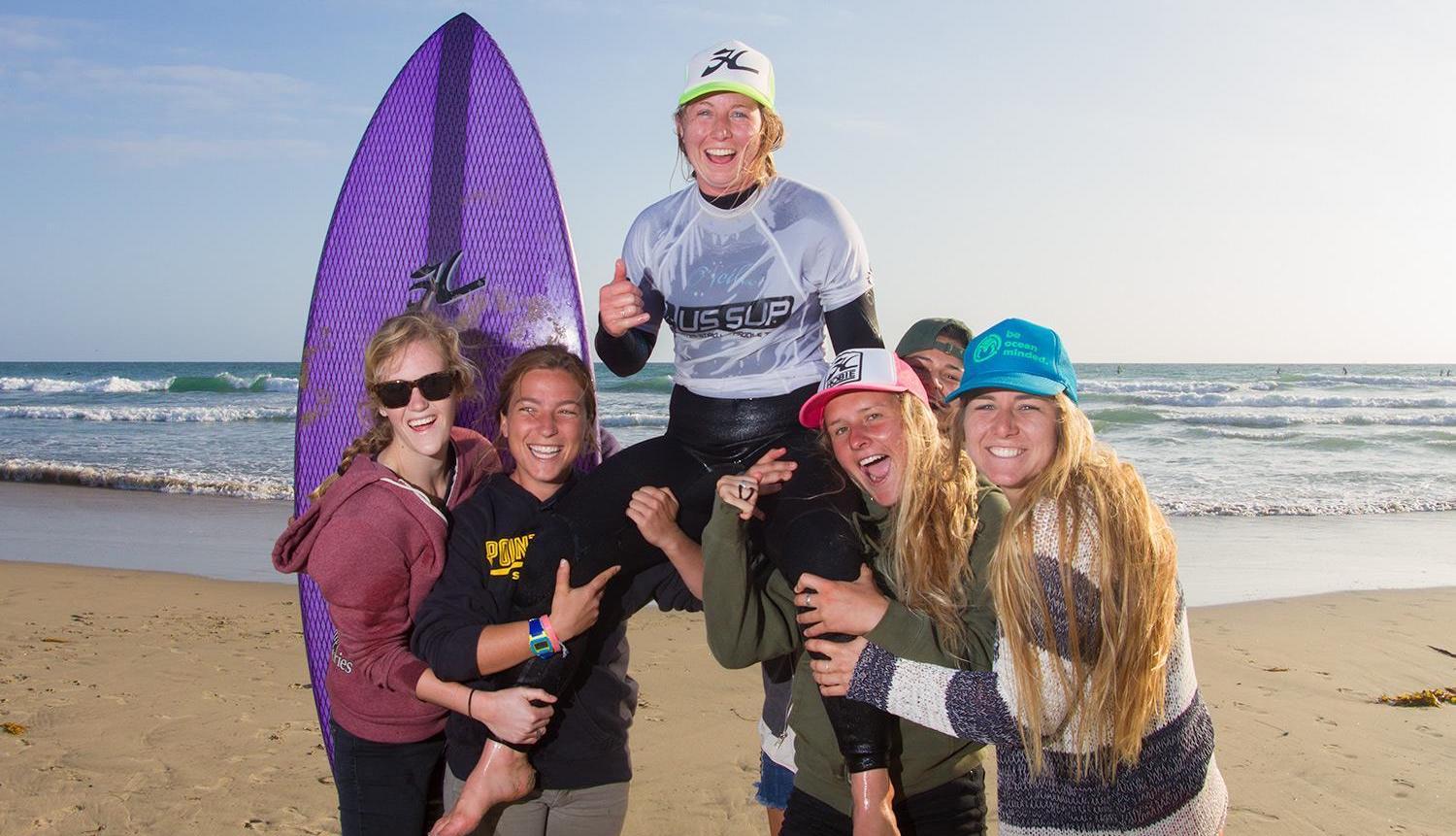 Some people are inherently driven towards their calling in life. This is especially true of Emmy Merrill, a two-time world champion for the ISA (International Surfing Association) Stand Up Paddle Board Championships. Raised on the beaches of San Clemente, Merrill developed a passion for the ocean, one that would become her stepping stone to a successful career in water sports.

She speaks of her accomplishments with an air of modesty, athletics were a part of her life for as long as she could remember but the path she made for herself was an unconventional one. From a young age, Merrill’s family encouraged her passion for the outdoors. Her father taught her to surf so she could join the middle school team and she continued with the sport for many years. Shortboarding had been her first love, picking up paddling boarding as a sophomore in high school and developing that passion into a skill which would allow her to compete on a global level.

Managing college, social and family life is already difficult for most but Merrill took this balancing act to another level. As a freshman at PLNU she earned a spot with Team USA as a stand up paddle boarder and was able to take home the gold at the competition in Peru. Her junior year she took first place again, all while continuing to work towards her nursing degree.

During this time she was able to lean into the school’s community for help. Her professors supported her mission, knowing she would miss class but understanding the unique opportunity she was presented with. Merrill says, “At a small school they get to know you personally and support you in that journey. PLNU is a special place to me because it encouraged me, as well as other students, to flourish academically, but to also become well-rounded individuals spiritually and in our lives outside of school. It had a tremendous, positive impact on who I am as an adult.”

The nursing program can be a very rigorous course of study but Merrill remained determined to stay focused. She received her B.S. in 2015 and went back to San Clemente to work at a hospital near where she grew up.

Working twelve-hour shifts as a nurse has its challenges but Merrill explains, “I work hard on the days I’m at work so I can enjoy my time when I’m off.” Since graduating, she competed in the world championships in 2017 where she earned third and again in 2018 where she placed eighth. The competition has only gotten more intense and Merrill has decided to take a step back from the competitive circuit, instead focusing on her career, “I have accomplished all of my goals in competitive stand up paddling and now look forward to continuing to challenge myself in my career and pursuing my dream of becoming a flight nurse.”

While she is no longer looking to compete with the same rigor as before, she maintains a love for the sport and nature. Merrill spends time off alternating between surfing and biking, “They compliment each other well, when it’s too hot to ride your bike you surf and when the waves are flat you ride.” Merrill’s days may be busy but she prioritizes family and the activities she loves when she can. She told the San Clemente Journal “If you’re lucky enough to live by the beach you’re lucky enough.”

Photos are sourced from the San Clemente Journal.