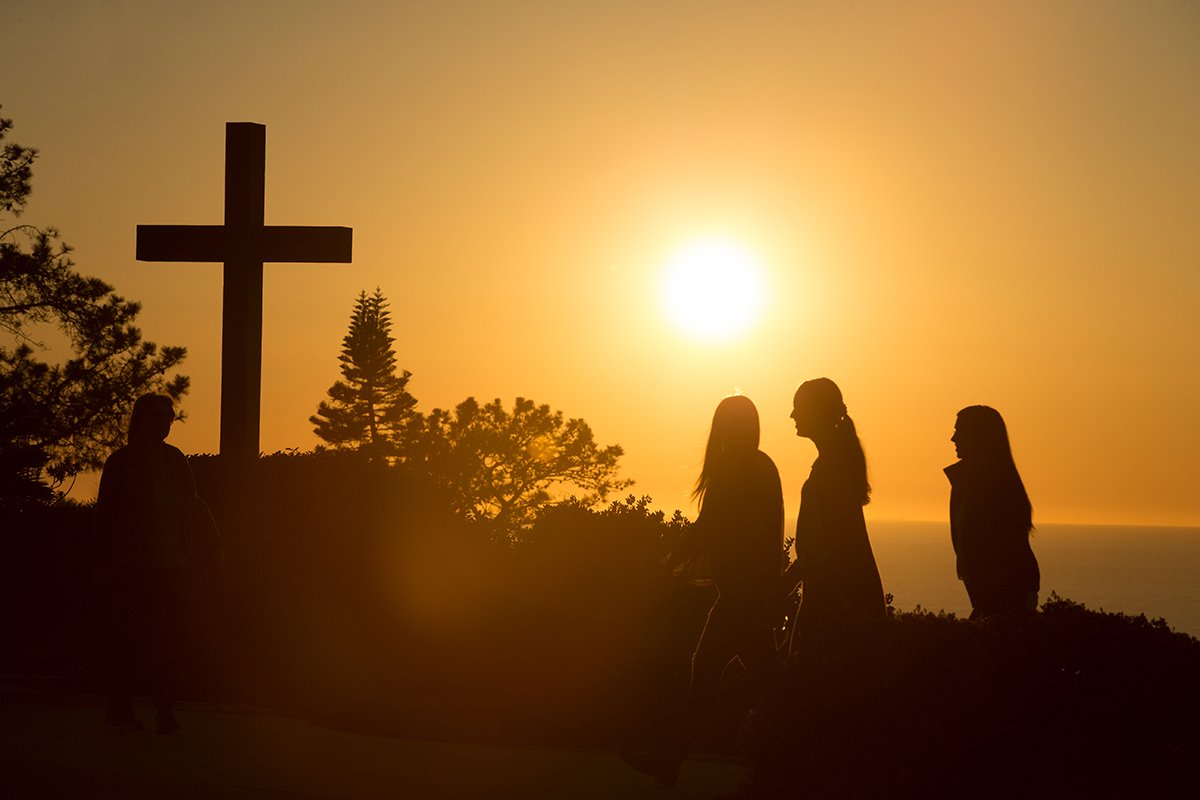 It wasn’t faith that Stephanie Ruiz found at PLNU. It was love. And truly understanding God’s love proved to transform both her faith and her life.

Ruiz grew up in a Christian home. She had always gone to public school, but she enjoyed sharing her faith with other students and had a reputation as someone others could come to when they needed to talk.

Ruiz was known for her faith, but she also had very high expectations of herself. When her expectations were challenged, she felt guilt instead of grace. From the outside, no one knew she was struggling, but inside, Ruiz was hurting under her burden of guilt and self-doubt. She quietly longed for someone to pour into her life and help her grow as she had helped others.

“I knew I wanted to go to a Christian school — I wanted to grow,” she said. “I learned of PLNU through an Instagram friend. As I looked at the website and then visited, I felt a sense of peace.”

A few months later, when she found out she was accepted, her heart soared.

“It made me more grateful to be at my dream school,” she said.

Though she was happy to be at PLNU, Ruiz was uncomfortable with her status as an undeclared major.

“It was a struggle because others had an idea to focus on, and I felt like I was just roaming around,” she said. “My parents are immigrants from El Salvador who had to build themselves up. I felt this pressure because I wanted to follow a passion, but I wanted security, too.”

Ruiz knew she wanted to work with children and to help people. Grateful for her parents’ hard work and sacrifices, she dreamed of someday supporting them, too. It was hard not to feel anxious about making the perfect choice in major and career.

She could have succumbed to anxiety, but Ruiz found herself lifted up by her new community. The Chapel theme for her freshman year, “Rooted in Love,” struck a chord deep within her.

She could have succumbed to anxiety, but ruiz found herself lifted up by her new community.

“I knew God loved me, but I’ve always struggled with guilt,” she said. “One night, a speaker at Time Out [a student-led weekly worship service] said, ‘You’re good enough.’ That really spoke to me. There is nothing I can do that will make God stop loving me. PLNU has really helped me soak that in.”

It wasn’t just the speakers. It was also the relationships she made. During her first year, she ran cross-country and track for PLNU. That’s where she met Caty, a junior at the time, whose eventual injury caused her to miss most of the season. Regardless of what she was going through, Caty reached out to Ruiz. She not only welcomed her to PLNU and the team but also went out of her way to invite Ruiz to get coffee together.

Related Article: Despite the adversity he experienced growing up, nursing student Minkyu Park aims to be an encouragement and inspiration for others.

“I thought it would be a one-time thing, but it wasn’t,” Ruiz said.

Instead, Caty met with her every two weeks throughout the year.

“That’s when I really started to see God’s love through her actions,” Ruiz said. “She really cares about me. Having Caty as my mentor has definitely made me into a better person. I have learned from her wisdom, and I have also learned to be vulnerable and live life with the help of others and not all on my own. I am so grateful for Caty.”

As Ruiz grew to understand the depth of God’s unfailing love for her through Chapel, friends like Caty, and professors who prayed for her and encouraged her, she began to see herself differently. Instead of viewing herself as a lost freshman without a major, she began to realize that she was meant to both give and receive love and kindness from others and that God’s love for her could not be shaken.

Instead of viewing herself as a lost freshman without a major, she began to realize that she was meant to both give and receive love and kindness from others and that God’s love for her could not be shaken.

“I had never been part of such a loving and strong community before I came to PLNU,” Ruiz said. “Being here, I have learned how to love others well because I have been loved well. Now I am more thankful than guilt-ridden and insecure. It’s been a big transformation. Now I live in God’s love and grace.”

The confidence Ruiz has gained helped her choose her major. Now a senior, she is studying psychology. After all her uncertainty, it seems like an ideal fit. She knows her path won’t always be easy, but with her newfound security in Christ’s love and the strength of her community, she is ready for what lies ahead.