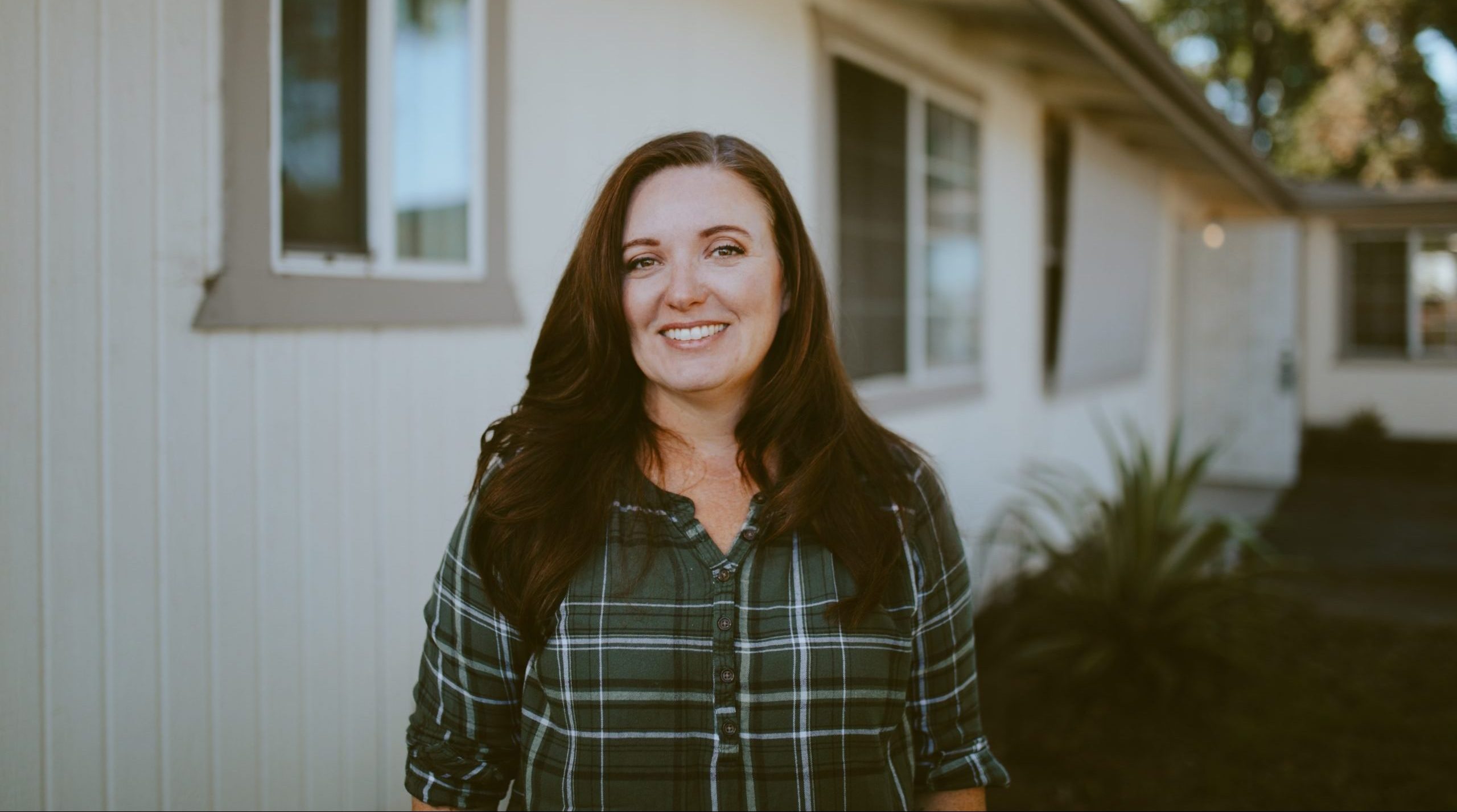 Susan Johnson (18) has always had a passion for helping women and youth — even before she committed to fighting sex trafficking full time. Johnson is the director and co-founder of Alabaster Jar Project, a San Diego-based nonprofit organization that aims to restore, rehabilitate, and empower women who are survivors of sex trafficking with long-term housing and tangible resources. The Alabaster Jar Project is the result of Johnson’s personal journey to support women who’ve experienced trauma and the dedication of believers to support victims of trafficking in San Diego.

Johnson had early exposure to trafficking while growing up in San Diego. In addition to her own traumas, Johnson saw friends and girls she knew as young as 12 swept into trafficking, even though she didn’t know what it was at the time.

“I was 13 when my 14-year-old best friend was initiated into a gang for purposes of sex trafficking,” Johnson said. “Even though she was military dependent and in base housing, it was happening there.”

Even before she became a Christian, Johnson was involved with women’s and youth ministries, especially because of her experiences and of those around her.

After attending a church camp and fully accepting Jesus at 19, Johnson began to share the gospel and help people however she could — especially volunteering with youth, hosting women’s Bible study, and teaching Sunday school. She was surprised that many adults she connected with could relate to her experience.

“A lot of the women that I had a bond with, they’d had upbringings involving sexual abuse or molestation or similar traumas that I’d experienced,” she said. “At the time, that didn’t really correlate to trafficking, because I didn’t know what that term meant.”

After marrying, Johnson expanded to other ministries and started wanting to create a resource center for women actively in or coming out of exploitation. Everything came full circle when she connected with Generate Hope, a San Diego-based organization that provides housing, therapy, vocational support, and education to survivors of sex trafficking.

“I was doing women’s ministry, and we were doing one-evening spiritual retreats for women in group homes, and that’s when I came across Generate Hope,” she said. “I learned what trafficking was, and I said ‘oh my gosh, I need to get involved with this.’”

Having already known how people were lured into trafficking, Johnson was finally able to match a definition with the face of the problem. She began volunteering with Generate Hope, then for North County Lifeline and the Bilateral Safety Corridor Coalition.

“The more I volunteered, the more I saw the gaps within the services in San Diego, especially in North County,” Johnson said.

While volunteering, Johnson helped drive survivors from the police station to the emergency shelter. One woman Johnson transported explained she was coerced by a man to travel from LA to San Diego and was then captured and forced into sex trafficking. When she was rescued, she was a young mother with two infant children. However, she only had 90 days of support and resources to build a new life for herself.

“She was trying to deal with the trauma and PTSD,” she said. “She had 90 days to figure out how she was going to afford to live to support herself and two small children, and it just wasn’t enough time.”

Sadly, Johnson said, the woman started falling into the same behaviors of exchanging sex for money. Not because she wanted to, but because she knew it was a reliable source of income and made more money.

That woman’s story really impacted Johnson and highlighted the need for long-term housing for trafficking survivors.

Around this time, Johnson was introduced to the Center for Justice and Reconciliation (CJR) at PLNU, which was how she first heard about the university. Professor Jamie Gates, Ph.D., and University of San Diego professor Ami Carpenter, Ph.D., led a three-year research study on gang-involved sex trafficking funded by the U.S. Department of Justice. Their disturbing findings depict San Diego as a hot-spot for sex trafficking, especially with minors.

“San Diego is still in the top 13 areas for commercial sexual exploitation of children,” she said. “It’s the second largest (criminal) industry after drug trafficking and followed by gun trafficking.”

Thousands of victims each year are identified, and although newer research is needed, it’s believed that sex trafficking and exploitation of minors has increased since 2016, especially during the COVID-19 pandemic. Johnson described that a lot of grooming is now online, especially through social media direct messages.

“A lot of it is online and via apps now, not so much on the streets,” Johnson said. “It’s something that’s becoming a lot more hidden.”

Brainstorming together with Gates and Alumnus of Point Loma (APL) award recipient Michelle Shoemaker (88), Johnson created Churches Against Trafficking to help the larger Christian community to be knowledgeable and resourceful about the impacts of trafficking.

“That was my introduction to PLNU, and I actually fell in love with the university,” she said. “Mainly because of the Center for Justice and Reconciliation, and their heart to help people.”

After hosting most of the meetings for Churches Against Trafficking during its first year, Johnson began to notice needs for more housing and resources in North County, since most of the resources at the time were East and South County.

Johnson ended up leaving Churches Against Trafficking to start Alabaster Jar Project (AJP), which started in 2013 within a peer-supported resource center operating from church-rented space. In 2015, AJP expanded to include a two-bedroom apartment to provide long-term housing for survivors. Now, the Alabaster Jar Project has purchased its own house for long-term housing, which has provided long-term housing to 42 women, as well as over 400 survivors through its resource center. Many of the current staff at AJP are survivors of trafficking, and are able to use their experiences to help other women overcome similar traumas.

This housing is ideal for people who are seeking independence. Because they have no live-in staff, the women maintain the living space and hold each other accountable.

“We don’t have a 24/7 live-in staff member, which is different from most models,” Johnson said. “The women are roommates to each other, and there are better boundaries and they take more responsibility for their environment.”

Johnson began running Alabaster Jar with her associate degree in business, wanting to put her family and volunteer work first before completing her undergraduate degree. After a while, however, the potential benefits of a bachelor’s degree in management began to grow.

“As we got further into developing the Alabaster Jar Project, it occurred to me that for success and sustainability, I need to go back to school,” she said. “Especially as I was advocating for women to be self-sufficient, educated and follow their careers, I realized I need to practice what I preach.”

Johnson ended up enrolling in a hybrid bachelor’s degree program through PLNU, where she met on campus one night a week with the rest online. She earned her Bachelor of Arts in Organizational Management in 2018.

“It was an awesome program,” Johnson said. “I loved the cohorts, and having working professionals like myself who were my age was awesome.”

“As we got further into developing the Alabaster Jar Project, it occurred to me that for success and sustainability, I need to go back to school. Especially as I was advocating for women to be self-sufficient, educated and follow their careers, I realized I need to practice what I preach.”

Johnson now collaborates as an alum with the PLNU Center for Justice and Reconciliation’s Beauty for Ashes scholarship fund, which was established to support survivors of human trafficking who are pursuing their first bachelor’s degree​. Together they work to mentor women in AJP’s program so that they can attend Point Loma with a scholarship to fund their education.

Johnson is excited for Alabaster Jar Project to help — and employ — more women in the future. She explained that, many times, two years initially seems like a long time to survivors, but they really benefit from that long-term housing support to help them plan their next steps in relation to their careers, families, and new life goals.

“Coming in, those women say ‘two years is a long time,’” she said. “By the end, when they graduate and move out, they say ‘wow, two years wasn’t long enough!’”

Find out more about the Alabaster Jar Project here.

Learn more about the Beauty for Ashes Scholarship Fund at PLNU here.