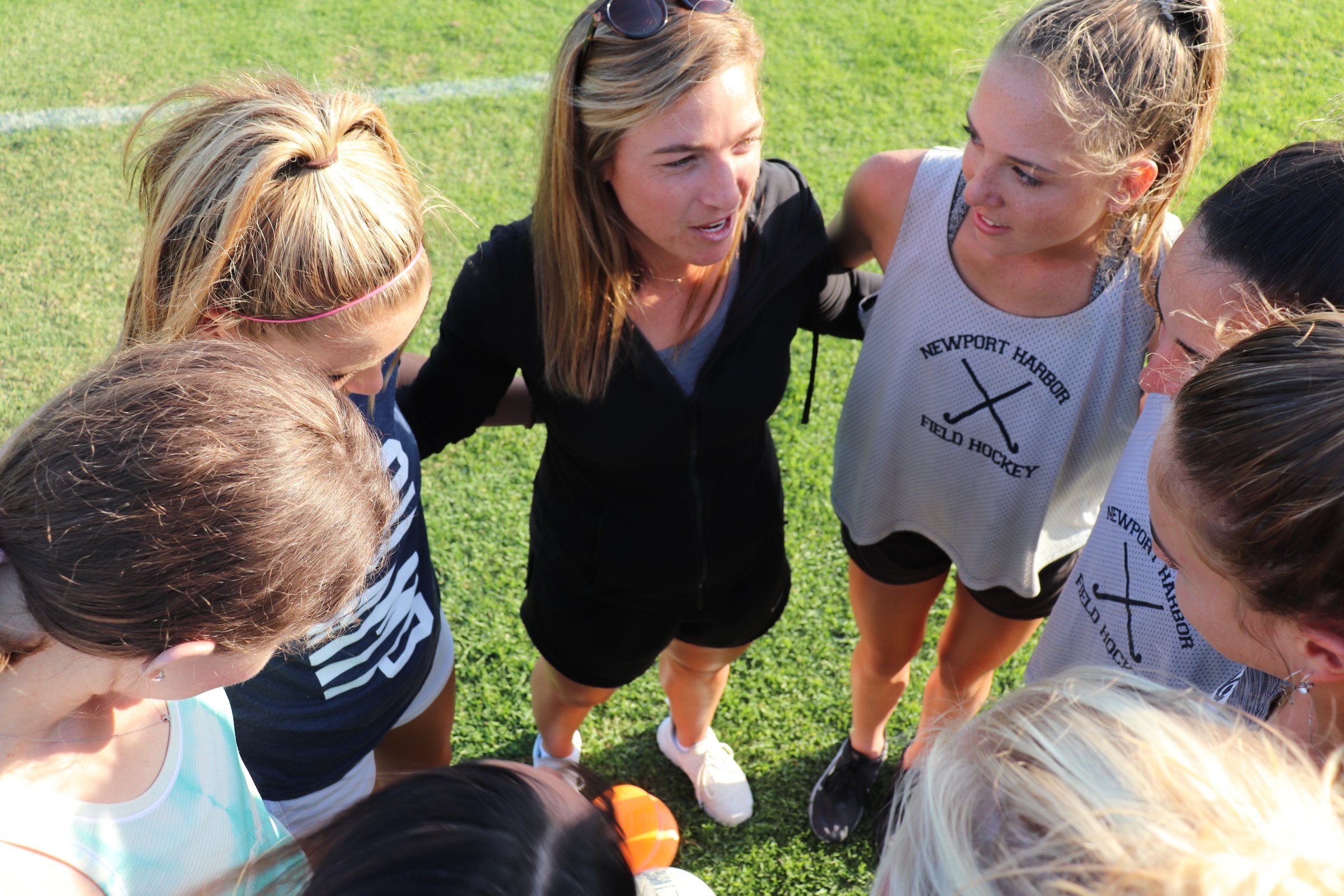 Megan Rapinoe has more than 2.2 million followers on Instagram. The U.S. Women’s National Team forward and captain was also recently awarded the FIFA Women’s Player of the Year award. Her accolades as a professional women’s soccer player and her example for young athletes everywhere can’t be denied.

The Female Athlete Mission or FAM as it’s more often referred to is a blog and podcast founded by Lawrence to address the specific mental, emotional, and spiritual needs of female athletes by connecting them with other female athletes who have experienced the same struggles. It’s a place of encouragement and inspiration for whatever female athletes are walking through with a distinct emphasis on faith.

“My heart behind [the FAM] is having others share and speak to their own communities through the platform,” said Lawrence. “We’re all going through journeys and God is teaching us things along the way, and if we have a space to share those things and encourage one another then we can all be spurring each other on.”

At just two years old, the FAM is still in its growing stages and last year Lawrence expanded the blog to include a podcast.

“Podcasts are a great opportunity for passive listening,” said Lawrence. “Not everyone has time to sit down and read a blog post so I wanted to create a better way to reach everyone.”

And while Lawrence plans to organize a content calendar and potentially find someone to help with editing the podcasts, she’s not looking to monetize the FAM or create a business.

“It’s so weird because it is like a brand but, ultimately, for me, it’s more about the tool that it is,” shared Lawrence. “It’s a tool for ministry, a tool to connect women, and simultaneously the brand has grown.”

A tool that connects former players that Lawrence competed with to the young athletes she works with now as the Orange County soccer representative for Fellowship of Christian Athletes (FCA). Many of these women have volunteered to write or speak and have had the opportunity to share their stories on the FAM blog and podcast. Connections between women in sports are being made with each story that is shared because they are highly relatable.

Connections between women in sports are being made with each story that is shared because they are highly relatable.

On the FAM’s website, you’ll find experiences shared by high school players, top collegiate athletes, semi-professional athletes, coaches, and former athletes long retired from their sports. All providing encouragement, connection, and motivation for female athletes as they navigate their own trials; something Lawrence desperately needed while she was playing.

“I wasn’t sure how I should do things and I would have loved to have had a place to go to learn more,” said Lawrence who created the FAM not only as a general resource but as one that is deeply rooted in faith.

“When I was playing at Point Loma it was so cool to be with other believers and to push each other on and off the field,” said Lawrence. “But for women who aren’t at Christian schools, they don’t have that community which is what the FAM creates.”

“When I was playing at PLNU it was so cool to be with other believers and to push each other on and off the field. But for women who aren’t at Christian schools, they don’t have that community which is what the FAM creates.”

As its grown the FAM has become a uniquely reciprocal space. Women come to be encouraged by reading stories written by women who are empowered by sharing their stories.

“I love when someone writes or gets interviewed and they get to post about it and send it out to their own community,” said Lawrence. “They get to share something they’ve learned that they wouldn’t have otherwise and that can launch them into more of a leadership role in their own communities. It’s a chance to be more intentional. The FAM gives them that freedom to share.”

The diversity of the female athletes featured on the FAM is what keeps it so interesting to its readers and listeners. Long-time friend of Lawrence and fellow former women’s soccer player Claire Steinhaus points out that even though she wouldn’t consider herself an “athlete” any longer she still finds the content relevant.

“What they’re talking about is still super relevant in my daily walk with Christ,” said Steinhaus. “I think it’s super cool that people participating in FAM material are seeing that we can be strong Christians in faith and still compete and go at it. It’s good to be reminded that those are not contradictory.”

Though the FAM’s mission statement hasn’t been formalized, it embodies the spirit that Steinhaus alludes to. A place where sport and competition are blended with extraordinary faith.

“I think what I’m realizing is the authenticity of the FAM and how powerful telling stories can be,” said Lawrence. “And there is nothing that brings people together more than sports…and that’s my mission field. I have a vision of a sports community restored to Jesus.”

“There is nothing that brings people together more than sports…and that’s my mission field. I have a vision of a sports community restored to Jesus.”

That kind of vision is what creates a community where female athletes feel connected to each other despite being separated by different states and teams. Ask Steinhaus and she’ll tell you that it’s par for the course with Lawrence.

“Natalie is a really unique combination of someone who dreams in a big way and who has the energy to accomplish those dreams for the right reasons,” said Steinhaus.

Related Article: For athletes transitioning into post-college life, navigating a world without sports at the center can be complicated and confusing.