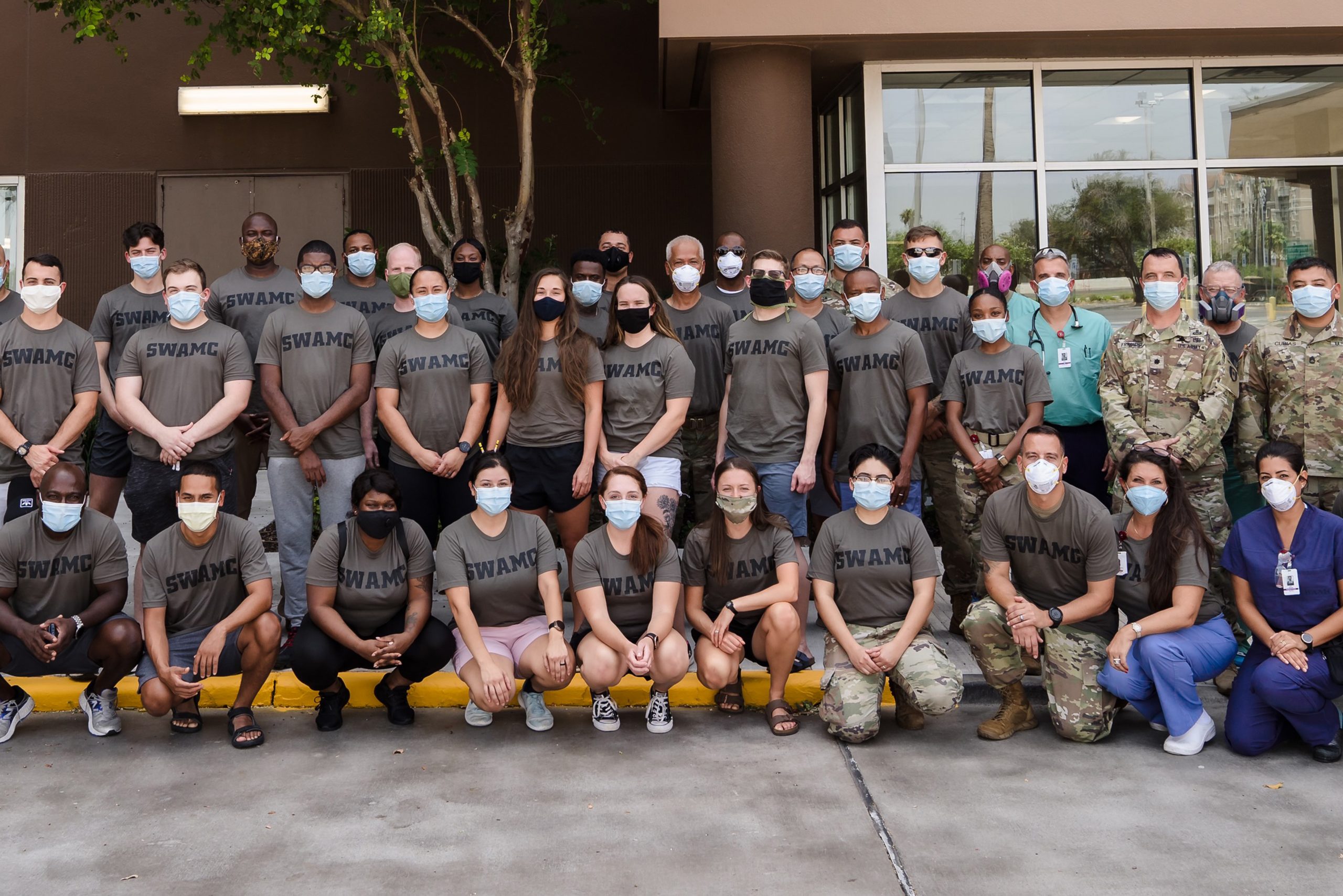 Throughout his Army nurse career, Nick Pacella, MSN, CNS (MSN 15) has discovered that the most important aspect of nursing is what connects us to each other: our own humanity.

Pacella began his career as an enlisted soldier in the Army, right out of high school. At 19 years old, he wanted to pursue an operational-type role and was waiting to go to dive school. He was on active duty when he was hit by a drunk driver and seriously injured, including breaking both his femurs.

Through the course of his hospitalization, Army nurses cared for Pacella. “I had some pretty amazing care at the Army hospital,” he shared. “That’s when I made the decision to go into nursing.”

The accident took Pacella on a completely different path in life. Rather than focusing on getting into dive school after he recovered, he began nursing school. In 2004, he earned his Bachelor of Arts in Nursing from Carroll College in Montana.

As well as taking the science core curriculum, Pacella took philosophy, history, and theology courses. Having a humanities foundation gave him a fresh perspective regarding his future career as a nurse. He filtered his actions through a worldview that valued the human connection between patients and nurses.

Pacella completed all the training and components associated with military nursing, after earning his B.A. in nursing. He earned a number of different advanced certifications before serving as an ER nurse and ICU nurse for a while. However, working with a young patient population was difficult for Pacella in many ways. At one point he was caring for a 4-year-old who had an intracranial pressure (ICP) drain—because she had a brain tumor—and an 8-month-old baby with a chest tube.

“It takes a special kind of person to be able to do that day in and day out in it, and that’s not me,” he said. “I have four kids of my own, so it’s hard to see kids in pain like that.”

Seeing any patient in pain—regardless of their age—was difficult for Pacella, but working in pediatrics began to take an emotional toll on him. He realized that it was easier for him to connect with an older patient population and started looking toward earning an advanced degree in adult  health and geriatrics.

After gaining several years of experience in the field, Pacella was accepted into an Army MSN scholarship program and given the “school of choice” selection. He wanted to attend a graduate program that valued the same things he did. When he found PLNU’s site, he said he “went line by line looking at the school’s history, background, and mission statement. I loved the mission statement.”

Earning his MSN from PLNU felt like a good fit right from the beginning, for both the educational and clinical aspects of the program. Pacella’s advisor, Jeanne Maiden, Ph.D., RN, CNS-BC, nominated him for a graduate position on PLNU’s School of Nursing board, where he helped make decisions for the student body.

He also experienced many meaningful moments with the clinical instructors in the local hospitals. He primarily worked with the palliative care team at Scripps Memorial. On a daily basis, the team—a medical provider, advanced practice nurse, social worker, spiritual representative, and nurse practitioner—served as a consulting service for people who were entering the end-of-life process.

Some patients had advanced diseases like heart failure and others had terminal conditions. Pacella’s team aided the primary care team in caring for patients and their families.

Since Pacella graduated with his MSN in 2015, he has worked as a CNS in several military hospitals. “It was exciting when I initially arrived to use the kind of training and education I received at PLNU to apply it in the military setting,” he said.

Pacella shared how working in the field of nursing is “like being in a family. You learn a lot. It’s tremendously rewarding. You wouldn’t change anything; you learn patience, you learn humility.”

In palliative care, Pacella has encountered a variety of situations. He has seen patients at their most vulnerable—when they’re scared and experiencing extreme levels of pain. He has recognized how patients place a tremendous amount of trust in healthcare professionals, especially when they’re nearing the end of their lives. Showing his nursing staff that they have the ability to cultivate an environment that values human connection has always been essential for Pacella.

He’s currently stationed at Fort Bragg, North Carolina, as the chief nurse of a field hospital, which is a more administrative role. As a leader, he is responsible for maintaining the training and readiness of the field hospital and the nursing staff members that are on standby to deploy anywhere in the world.

“It was exciting when I initially arrived [at my hospital] to use the kind of training and education I received at PLNU to apply it in the military setting,”

Some of Pacella’s daily responsibilities include: training and educating the nurses and the ancillary staff, establishing policies and protocols within the hospital, and creating schedules. He ensures that the nurses under his supervision are trained to provide the highest levels of quality care as they prepare to travel and care for military patients around the world.

The views expressed in this article are those of Point Loma Nazarene University’s CNS alumni correspondent and do not necessarily reflect the official policy or position of the Department of the Army, Department of Defense, or the U.S. government. The correspondent has disclosed that he has no significant relationship with, or financial interest in, any commercial companies pertaining to this article.