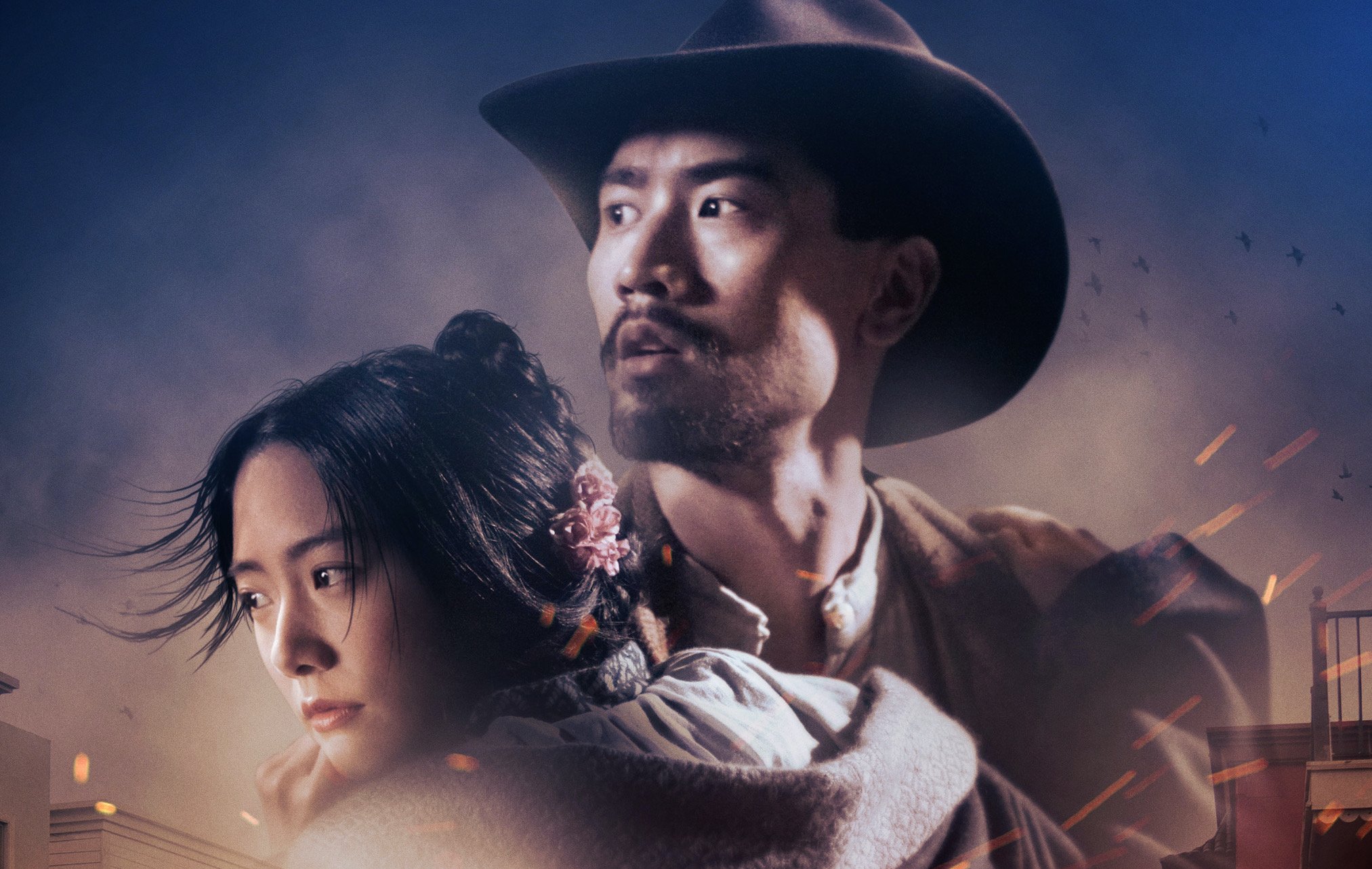 L.P. Leung’s (62) journey, from Hong Kong to Pasadena College to the Hollywood scene, is full of surprising but inspiring examples of God’s providence.

In 2013, Leung wrote The Jade Pendant, an Old West novel reflecting the lives of immigrants during the first great Chinese migration to the United States. In the book, after escaping an arranged marriage in China, young Peony finds work as an indentured servant in San Francisco. Facing the horror of being forced into prostitution, Peony flees to Los Angeles and meets a gold miner who buys her freedom from the brothel. The two find love together, but their future is cut short as they are involved in one of the most tragic events of racial violence in U.S. history—the Chinese massacre of 1871. The story was turned into a film in 2017, which won the “Golden Angel” award for best film by an independent producer at the Chinese American Film Festival in Los Angeles.

The Jade Pendant becoming a film represents a huge triumph in Leung’s life and reflects the hopes, difficulties, and successes of his own immigration story.

Leung’s earliest aspirations while growing up in Hong Kong were limited. He was born in 1938 and still has haunting memories of looters and soldiers patrolling the streets during the Japanese occupation of Hong Kong from 1941 to 1945. During Leung’s childhood, Hong Kong wasn’t the financial hub that it is today. His parents were missionaries and had little money.

“We were very poor,” Leung remembered. “I expected just to make a living; I had no plans to go to a university.”

Going to America was viewed as a big luxury for people in Hong Kong during that time. Leung described his notion of America as a “gold mountain.”

“It was difficult to get to the U.S. since the people were poor and university was unattainable for many,” Leung said. “Especially since the education system wasn’t too great or compatible with the American system.”

His family had connections with American missionaries who were instrumental in getting him to the United States. They helped him apply for a scholarship at Azusa Pacific University. During his time there, he worked tirelessly in and out of the classroom. While not taking classes, he spent most of his waking moments mowing lawns and washing dishes for the university cafeteria. Despite working long hours and getting little sleep, his faith, gratefulness, and positive attitude kept his spirits high.

After spending two years at Azusa Pacific, Leung transferred to Pasadena College as a history major. At Pasadena College, he took a history class about the American West and learned about the Chinese massacre of 1871. This was a racial massacre that occurred in Los Angeles’ Old Chinatown, during which 19 Chinese immigrants were killed (over 10% of the Chinese population in LA at the time). Although 150 individuals were identified as being involved in the violence, only eight perpetrators were tried, and all convictions were overturned due to “technicalities.” Several scholars consider this to be the largest mass lynching in U.S. history, yet no one was sentenced.

Leung explained that these events directly impacted his experience entering the country. The massacre of 1871 and other acts of violence toward Chinese immigrants heavily influenced the Chinese Exclusion Act of 1882, which placed a ban of Chinese immigrants entering the U.S. Although the act was banned in 1943, a strict limitation of Chinese immigrants remained, which made it difficult for people like Leung to come to America. Leung considers it a work of God’s providence that he had the opportunity to move to the U.S. and attend college in California.

At the time, there was only a single paragraph about the Chinese massacre in the history textbook, but Leung wanted to know more. Pasadena College Professor Paul Grisham encouraged Leung to find out more, do his own research, and write a research paper on the event. The story for The Jade Pendant came from that historical research, but it would be a long time before the story was finally realized.

After receiving his B.A. in history from Pasadena College in 1962, Leung was accepted into USC’s graduate program. He started as a history major but switched his major to accounting as he believed it gave him more opportunities.

Leung began work at Paramount Pictures as a production cost accountant. While at Paramount, Leung was inspired by the cowboy movies that were being produced at the time. He dreamt of seeing a western movie that featured a Chinese cast and was set around the time of the Chinese massacre. He pitched the story idea to an accomplished Western film producer.

“He told me that America was not ready for such a story,” Leung said. “That they weren’t ready for a hero that is not white.”

Although he obtained valuable insight about filmmaking, Leung became frustrated with the racial politics and discrimination he faced in the film industry and left shortly after. The story of The Jade Pendant lay dormant in his heart for nearly 50 years.

Leung worked at a certified public accountant (CPA) firm for two years and started his own practice, where he thrived for 35 years. It wasn’t until after he retired that he finally returned to writing.

After retiring from accounting, Leung volunteered to direct a special project with the Chinese Historical Society of Southern California. This project, Portraits of Pride II: Chinese-American Legacies, helped tell the stories of influential Chinese Americans—especially those who have been largely ignored or erased in many American history books. This project included five years of conceptual research, writing, editing, and fundraising. Nine thousand copies of the book were distributed to high schools, colleges, and public libraries. In addition to bringing oft-forgotten stories about Chinese Americans to light, this project was important in inspiring Leung to resume his work on The Jade Pendant.

Leung’s novel was published in 2013 and was picked up by independent producer Thomas Leong in 2015. Although the film’s lack of promotion and marketing resulted in a limited release, Leung was thrilled to see his story come to the big screen—especially with such an accomplished cast, including Clara Lee, Tzi Ma, Russel Wong, and Tsai Chin.

“I consider my life as a collection of miracles,” Leung recorded in his biography for the Chinese Historical Society Golden Spike award. “I did not plan to come to the United States. I did not plan my accounting career. I did not plan to make a movie. Events developed and I just connected all the dots that God placed in front of me. I am thankful to God for guiding my life and allowing me to make my dream come true in fulfilling my #1 bucket list wish of making a feature film.”

The Jade Pendant is available to watch on Amazon Prime Video.