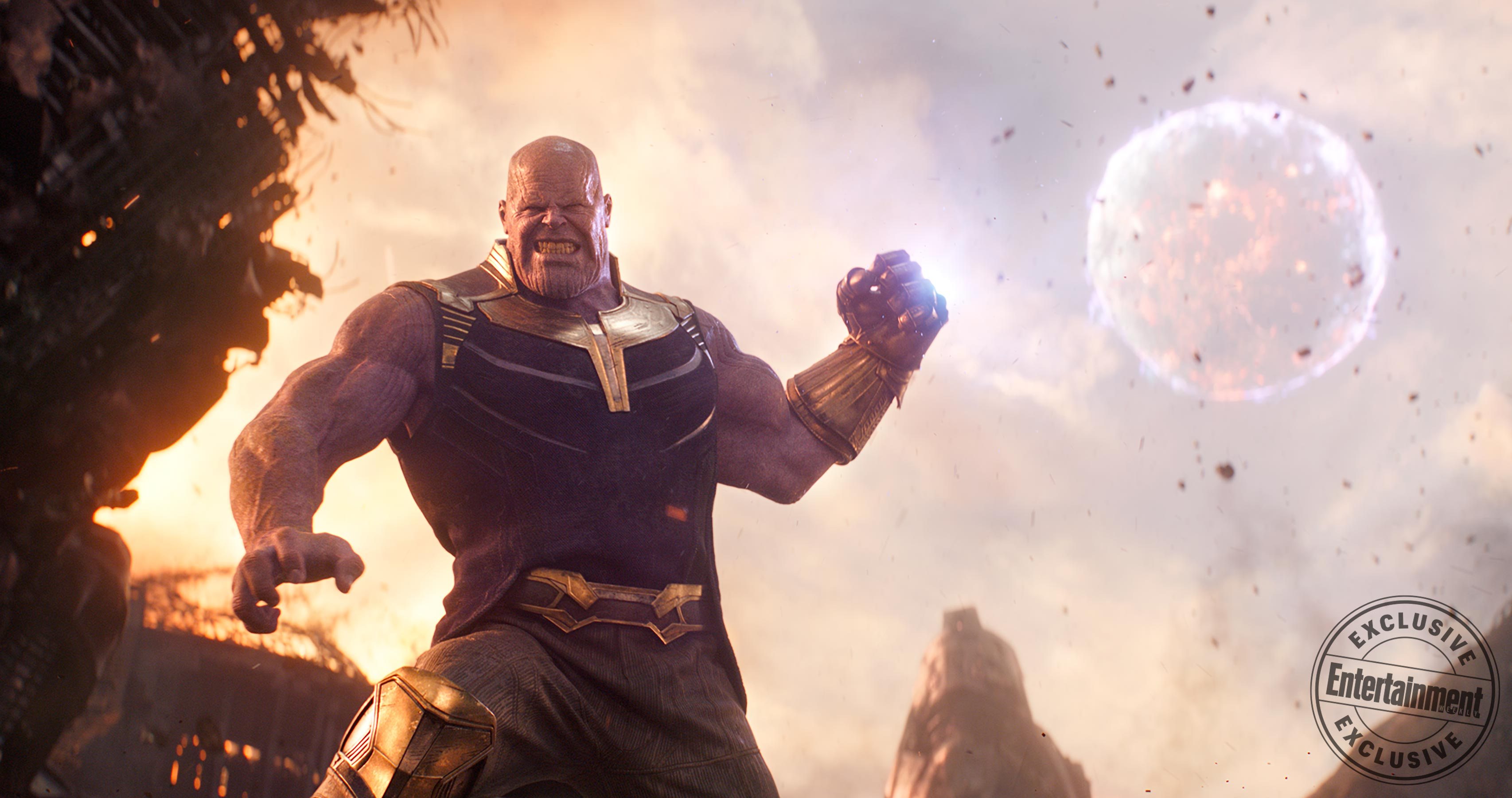 Home Topics Arts & Culture The Thanos Complex: What an Avengers Villain Can Teach Us About Ethics

Avengers: Infinity War, the nineteenth installment in the decade-old Marvel Cinematic Universe (MCU) and the third film to bear the Avengers title, has certainly experienced some time in the limelight.

According to Box Office Mojo, Avengers: Infinity War grossed $2 billion worldwide, snagging the record for largest opening weekend ever along the way, and recieved welcoming praise from fans and critics alike. The film’s success does not come lightly, however, as it is an intense payoff to years of deliberate build-up across several Marvel films, not just its Avengers predecessors. In fact, the film accomplishes this payoff only insofar as it ventures to break from the mold established by previous films, challenging both the characters onscreen and us as the audience in ways that are novel for the superhero genre.

The main way that Avengers: Infinity War brings this fresh perspective to the biggest MCU film to date is through the narrative focus on the villain of the film, and developing a complex character arc and motivation that takes center-stage. Thanos, portrayed impeccably by Josh Brolin, was foreshadowed as an impending threat to “Earth’s Mightiest Heroes” in the post-credits scene of 2012’s The Avengers, and Infinity War is the culmination of this plot that has been woven throughout previous MCU installments. Most of this foreshadowing concerned the objects of Thanos’ desire: the Infinity Stones. Thanos’ goal is simple – collect and harness the power of all six Infinity Stones, and use this strength to eliminate half of all life. This may seem like an odd task to undertake, but it is precisely Thanos’ ethical reasoning and attitude towards this undertaking that makes him such an intriguing and, ultimately, worthy villain for such a significant film. Furthermore, it is crucial to note that the film ends in an Avengers defeat. Thanos is victorious in his ambition, as, in the closing minutes of the film, he collects the sixth and final Infinity Stone and snaps his fingers. Half of all life in the universe fades away, their bodies crumbling to ash – even some of our favorite heroes are exterminated. This conclusion is undoubtedly far from what most audiences would expect going into a Marvel franchise film.

This conclusion is undoubtedly far from what most audiences would expect going into a Marvel franchise film.

It is not despite, but because of the way that Infinity War sort of pulls the rug out from under the audience that the film achieves new levels of success. Thanos emerges as the most developed character in the film, with a majority of the film’s exposition dedicated to introducing his character, and thus the nuance and complexity of his motivation is at the center of the film’s plot. The ethical reasoning that informs Thanos’ decisions and his own self-perception can be viewed as a form of Utilitarianism, a paradigm of ethical and moral philosophy that predates the earliest Marvel comics and certainly is still around in contemporary academia today. While it may seem strange to apply a superhero film to our understanding of moral philosophy, I believe that viewing Thanos as a representation of Utilitarianism can help inform us about some of its key concepts, and help us to be wary of the potential dangers it poses when accepted as a universal ethical system.

Through expositional dialogue and flashbacks in the film, we learn how Thanos’ early life shaped his beliefs. He grew up on the planet Titan and, at a young age, recognized the danger facing his home and its people – there were simply too many of them. Some lived a life of happiness and plenty, while others were entrenched in the depths of poverty. With simply not enough to go around, the young Thanos proposed his solution to Titan’s governing body – eliminate half the population, not with judgment or prejudice, but randomly, to allow for future generations to flourish and not know the suffering that results from overpopulation. After his proposal is ignored and life on Titan does end up collapsing, Thanos embarks on the mission to impose his solution across the galaxy. “This universe has finite resources,” Thanos says. “If life is left unchecked, it will cease to exist. It needs correcting.”

It is important to note that Thanos’ own understanding of his mission is not one of malice or contempt, but, rather, he believes that what he is doing is necessary for the survival of life and, in that sense, it is more of a task and a burden. As Thanos responds to his daughter, Gamora, when she claims that he does not know that his goal is necessary, “I’m the only one that knows…At least, I’m the only one willing to act on it.” This helps illustrate the idea that Thanos is different from villains motivated simply by a love for chaos or sociopathic tendencies (though those may not be completely absent in Thanos). Instead, he has a complex rationalization and drive to do what he believes to be the most viable option to preserve life in the universe. As a result, Thanos also does not pity or have remorse for those he kills, as he believes that they should be grateful to perish for such an honorable cause.

This entire scenario is similar to a famous philosophical thought experiment, often utilized to illustrate the ethics of Utilitarianism, called the Trolley Problem. According to the Stanford Encyclopedia of Philosophy, the modern form of the problem was introduced by Philippa Foot in an essay published in 1978, and has since been analyzed and altered by numerous scholars. The original notion was simple – a malfunctioning trolley is hurtling down the track and cannot brake, but still has the ability to switch from one track to the other. On the original track, which the trolley would stay on if left untouched, there are five people on the track and will be run over. However, if the trolley is switched to the second track, there is only one person there who will be killed. The Utilitarian view is put simply – act so that the greatest good results for the greatest number of people. According to this view, it is morally right to switch the tracks to save the five individuals over the other single life. The reason for this is that Utilitarianism focuses not on the morality of an action in itself, but bases whether that action is wrong or right according to its outcomes or repercussions. Switching the track to intentionally kill a person stuck in the trolley’s path would seem like an awful action, but because it produces the result of effectively saving five other lives, Utilitarianism pronounces it the most ethical option. While Thanos’ plan in Infinity War is not aided by a mathematical majority to rationalize the choice, the process is very similar – either all living beings will perish, or half of them must. When a Utilitarian lens is applied, it is not hard to see how logical his justification can appear – and this is quite dangerous.

Utilitarianism is certainly not without its critics, many of whom suggest how irresponsible and reprehensible it is for system of ethical reasoning to so quickly downplay the significance of individual human lives. This is the exact kind of response we see from the Avengers in Infinity War, as they remind one another that they don’t trade lives. We start to get another sense of the risk at hand when Thanos’ goal is fulfilled at the end of the film – half of the entire population, on Earth and every other planet in the Marvel Universe, simply disappears. This includes those in the middle of driving vehicles and piloting helicopters, as well as essential medical personnel, all of which pose the threat of greater loss of life than the “perfect” fifty percent intended. “But, to a greater extent, the “survivors” of the population are affected in a more profound sense.” Every single person left living after Thanos’ fateful snap is launched into the depths of mourning and loss, a fate that some may consider even worse than death. This is a perfect illustration of precisely what makes Utilitarianism so dangerous. It is easy to deal with morality in quantifiable units – how many lives are saved, put at risk, etc. But the impact of even one life lost is so great that it is irresponsible to even try take this mathematical approach in the first place.

Every single person left living after Thanos’ fateful snap is launched into the depths of mourning and loss, a fate that some may consider even worse than death.

Avengers: Infinity War leaves both the team of heroes onscreen and us in the audience in a place of uncertainty and uneasiness. The complex level of storytelling achieved by the decision to focus in on Thanos, and give him a narrative arc that ends in victory led the film to succeed on a level beyond critics’ reviews and box office numbers. This film’s true accomplishment is the way that it challenges its audience and provokes us to think about issues facing not just the fictional characters we know and love, but the very issues in our world today.

Tyler Ellison is a student at PLNU.

Related Article: Does the latest installment of the Jurassic Park franchise pose ethical questions that are becoming more pressing for us in the real world?