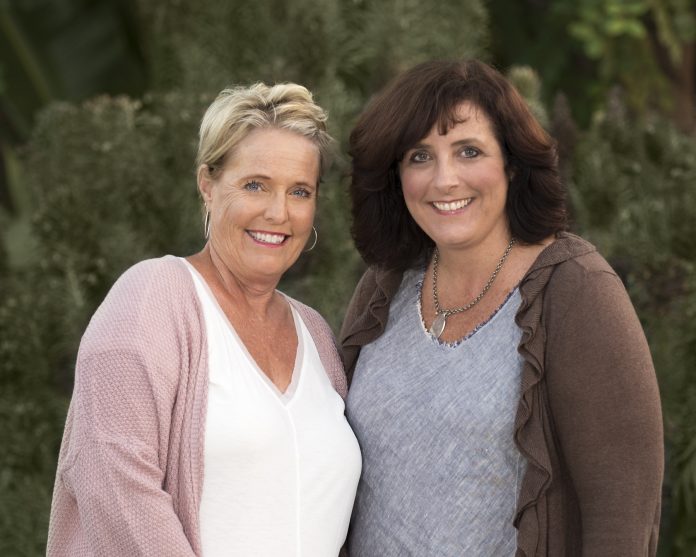 When Kim Jones (90), the director of external relations and development for PLNU’s Center for Justice & Reconciliation, found out a 13-year-old girl was being sold for sex in the park near her La Mesa home, her own daughter, Brooke, was also 13. Jones was struck by the contrast — her daughter safely tucked in bed staring up at glow-in-the-dark stars, while less than a mile from her home the other little girl was being exploited to support her father’s drug habit.

Terri Clark was across town, and she already knew about sex trafficking and how no girl or family can be immune to it. Her niece had been lured into a car several years earlier from a middle class neighborhood grocery store. She was then drugged and sold to a pimp who sold her for cash until she was found by police after eight days.

Terri and Kim have been friends since their early years of marriage and mothering, sharing parenting tips and date nights and sitting together in church. Now they are two moms on a mission. They understand that sex trafficking is a scourge in the community and they are committed to doing something about it.

Sex trafficking is part of an $810 million underground sex economy in San Diego. Research released by PLNU and USD found that the average age of recruitment is just 16 and that there are up to 8,000 victims in our midst — hiding in plain sight. Most alarming to Jones and Clark was evidence revealing that traffickers are targeting girls and boys on middle and high school campuses. Using a technique known as “Boyfriend Pimping,” a trafficker poses as a boyfriend, seeking out a vulnerable girl who is looking for love, luring her with gifts and attention, and ultimately coercing her to sell her body for money.

Related Article: An interview with Jamie Gates, Ph.D., about a three-year study examining the relationship between gangs, the community, and sex trafficking in San Diego County.

“You can’t ‘un-know’ what I learned that day five years ago. It hit me especially hard because of my own daughter. I knew I had to do something, and that ‘something’ changed the course of my life,” said Jones.

Clark had her own awakening, too, as she watched her niece try to rebuild her life after the exploitation. Now a high school P.E. teacher, Clark takes every opportunity to educate her fellow teachers and students about human trafficking and what it looks like to be recruited into exploitation.

In 2014, Jones had the opportunity to volunteer at PLNU just as the idea for creating a scholarship for survivors of human trafficking was taking form.

“I got to step into the middle of a conversation and put my skills to work to make the dream a reality,” said Jones.

The groundbreaking Beauty for Ashes scholarship was born. Founded on the belief that a college education is a critical long-term investment in the restoration of a victim of trafficking, the scholarship has helped five women so far pursue their college degree. Many more former victims are in the process of applying and preparing to attend PLNU.

“I started as a volunteer helping to launch the scholarship, but it quickly captured my heart. Eventually, I decided to shut down my marketing company of 20 years so I could devote myself to the work full-time,” continued Jones. “I deal everyday with one of the darkest subjects you can imagine, but I get to live on the side of hope. I have the privilege of watching women transform their lives through the power of education.”

Kim and Terri now devote their time to ending the exploitation of sex trafficking by raising awareness in the community and working for prevention and change.

“When you have an issue as destructive and dark as human trafficking invade your life, you simply cannot continue as if it doesn’t exist. It does,” Jones said. “I made a decision to step up and out of my comfort zone to help further awareness about human trafficking. I see the light provided by PLNU’s scholarship and their prevention curriculum, kNOw MORE. Through these two initiatives, I see hope on the horizon.”

The Center for Justice & Reconciliation is at the center of the region’s efforts to end human trafficking. The Beauty for Ashes scholarship for survivors and the kNOw MORE Human Trafficking Awareness and Prevention Curriculum are key initiatives that have gained nationwide attention. The UBS Optimus Foundation recently funded a three-year grant to take kNOw MORE into middle and high schools across San Diego County.