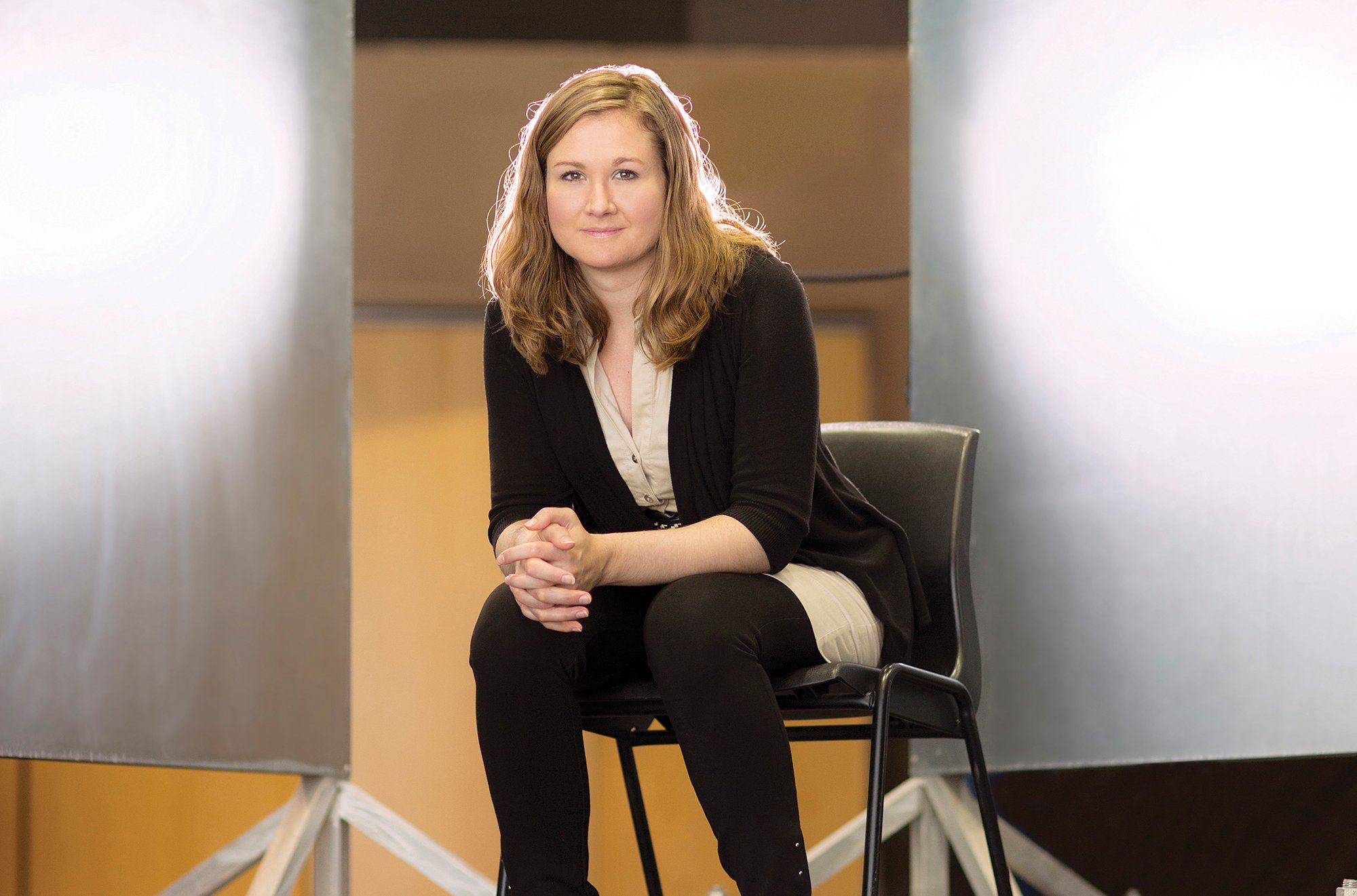 Home 2018 Summer Wearing Masks in Order to Remove Them: Healing Through Show Business

In a theatre course on Laban movement techniques at PLNU, Jessica Bird (09) was asked to create a series of assignments based off of a personal traumatic experience in her life. Laban movement techniques involve specific movements that help one to be able to express different characters physically and emotionally. In one assignment, Bird created a scene expressing a traumatic childhood event that her entire family went through, crafting a soundtrack composed of songs and sounds associated with that time in her life combined with stylized movements set to theatrical lighting. Through the process she accessed emotions that had been buried – that had been hidden behind emotional masks.

“After working on this project, the walls I created around myself and the masks of over-achievement began to crumble, helping me to face my parents about things and the reality of my physical pain, and loosening the pressure on myself to be ‘perfect,’” Bird shared.

The project helped her get in tune with difficulties she had been carrying secretly her entire life – mainly, the expectations of being “perfect” in the eyes of others. Bird had always been the stellar and well-rounded pastor’s daughter. In high school she was a member of the school’s music and drama productions (both performing and directing), president of choir, the treasurer of the theatre club, an athlete on the basketball team, and an AP student.

She carried her unbridled work ethic and zeal to PLNU, where she continued to be heavily involved in her school work while balancing theatre and performance obligations. However, Bird struggled to balance her roles as the talented performer and director, sociable friend, faithful daughter, and model student. In fact, the night before she started college she became so fatigued that she could barely walk, indicating that something was physically wrong with her. Bird’s willpower prevailed, even though she would continue to have a variety of symptoms, including arthritis, extreme fatigue, muscle soreness, and, in severe cases, fever, dizziness, and nausea.

Bird was eventually diagnosed with the autoimmune disorder known as lupus. Lupus is a chronic, incurable disease that can cause such symptoms as aching joints, unexplained fever, extreme fatigue, and more. For years, Bird contended against these debilitating symptoms in secret to avoid facing the reality of something being wrong with her and burdening her family.

Yet, in part from that Laban movement techniques course at PLNU, she started to approach her life differently. Years later, she now equates her charade of fooling everyone into thinking she was fine to donning a mask, “ensuring that people think I have it together,” Bird said.

After she graduated from PLNU, she landed a job at the San Diego Repertory Theatre as a casting director. This eventually led to an interim associate producer role at the La Jolla Playhouse, where she began working as associate director with La Jolla Playhouse artistic director Christopher Ashley on the musical Come From Away, a 2017 Tony Award winner for Best Direction of a Musical.

Today, in addition to adopting a specific diet, exercising, and limiting her workload, she makes sure to foster intentional and healthy relationships. Although her theatre career needed to be integrated into a more balanced way of living, it is performance that paradoxically helps her maintain such a healthy balance.

Related Article: From the ashes of the fiery loss of one alum’s home to composing a rhapsody of beauty. 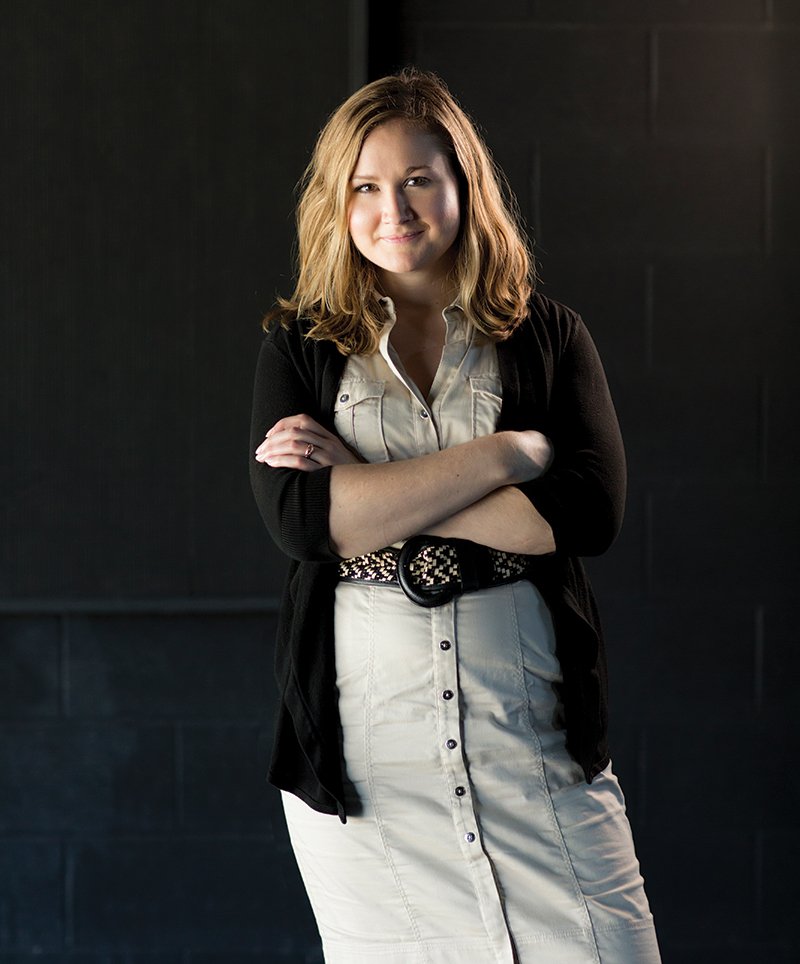 “I think there’s a deep community and level of vulnerability that is formed when working in theatre,” Bird shared. “When you come together and you’re working on a project, everybody has to bring their full self. I’m drawn to telling stories about the colorful, messy, and complicated circumstances of life in the hope of offering a space for healing and self discovery or opening someone else’s worldview.”

Bird’s experience of theatre is redolent of a church community – a place where people come to be vulnerable and offer up something to each other for the sake of healing themselves and others. In this way, Bird’s putting on of a mask – or orchestrating others to do so as a director – enables her to remove masks crafted from unreasonable expectations or fear in real life.

Related Article: A PLNU alum shares about her theatre experience and the relationships she formed on set.

It’s no surprise, then, that Bird’s role as the associate director for Come From Away proved to be fruitful for her in more ways than professionally.

“I’m drawn to telling stories about the colorful, messy, and complicated circumstances of life in the hope of offering a space for healing and self discovery or opening someone else’s worldview.”
—JESSICA BIRD (09)

The musical is based on the real-life events of 7,000 passengers who were forced to land in the small town of Gander in Newfoundland due to the 9/11 attacks. Despite the obvious tragedy of the circumstances, the citizens of Gander generously opened up their homes to the passengers. The musical dramatizes the story stitched together from hundreds of hours of real interviews. It first opened at the La Jolla Playhouse in June 2015 and officially opened on Broadway on March 12, 2017.

Bird pointed to one song in particular from the musical that models what theatre has done for both her and others. As the audience hears the song titled “Prayer,” they witness a diverse group of passengers praying in the midst of the fear and tragedy of 9/11 with a spirit of solidarity.

“In the scene, there is this collective unity even though they’re each different,” Bird said. “It’s this beautiful scene of how, though we’re different, we have these connective tissues, even though we often let differences divide us.”

It’s moments like these that remind her that we’re more alike than different – and with that comes the courage to remove our masks and realize that what’s beneath looks very similar to what’s beneath others’ masks as well.

You can keep up to date on Jessica’s latest projects at jessicabird.net.

Looking Inside the 1914 La Sierra: A Peek at the Past