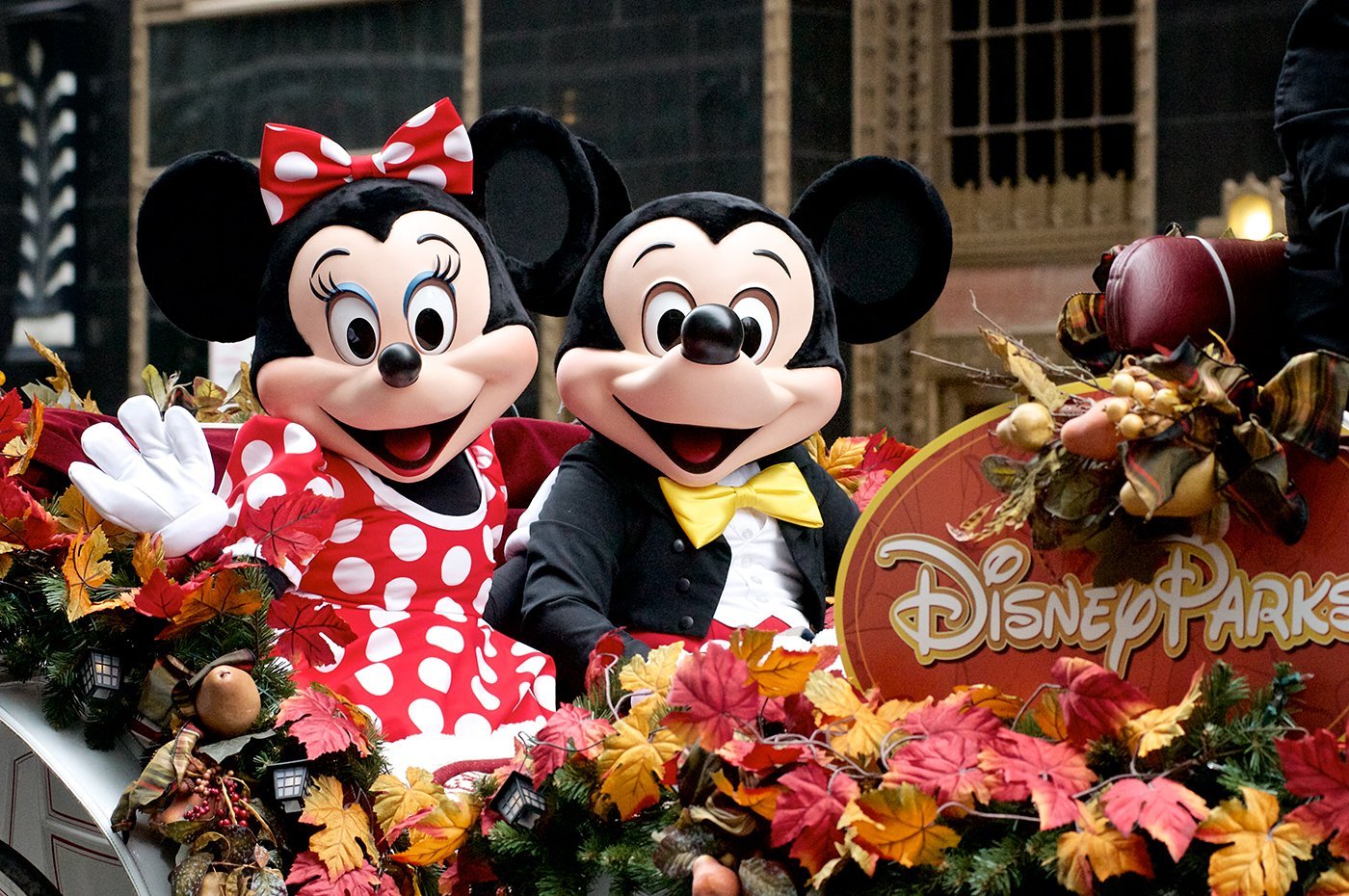 How far has Disney come from its early days of promoting traditional and limiting gender roles? This is an especially potent question today at the height of conversations happening around the world involving harassment and the equal treatment of women. How does the company portray both genders today, and how much does that influence viewers?

In short, the Disney universe no longer presents gender the way it used to, but, according to PLNU professors from the university’s Margaret Stevenson Center for Women’s Studies, that doesn’t mean there is not still room for the brand to better inspire and challenge both boys and girls.

“Older Disney films were known for depicting female characters as perpetually in need of rescuing by a heroic male.”

Kelli McCoy, Ph.D., summed up the sentiment at last fall’s “Gender in the Disney Universe: Performance and Perception in Disney Films and Television,” a panel discussion sponsored by the Women’s Center.

“The most successfully feminist message would be one in which girls and boys are both depicted as capable, kind, generous, nurturing, adventurous, and able to work together, help each other, and be good partners for each other.”

Older Disney films were known for depicting female characters as perpetually in need of rescuing by a heroic male. Unfortunately, in trying to create stronger female characters, some Disney shows are giving children a new set of potentially problematic ideas about gender.

McCoy started studying Disney Junior cartoons when she realized the influence they had on her son — how they shaped his play, his imagination, and his understanding of gender. She recalls her two year old pretending to slay dragons, save the kingdom, and perform heroic feats, and saying he was acting out what a princess does. When she wondered aloud if he meant to say prince, her son asked, “What does a prince do?” The male characters in his cartoons didn’t seem to do much other than mess things up.

In Disney Junior cartoons, McCoy found that male characters were often only characterized by stereotypical tropes, either the bumbling fool or the arrogant jerk, making them far less appealing and relatable for children. In her panel presentation, McCoy paid special attention to the show “Sheriff Callie’s Wild West.” The series is aimed at preschoolers and takes place in Nice and Friendly Corners, a Wild West town full of animal characters that are distinctly gendered. It centers on the town’s sheriff, a female cat named Callie, and her friends Deputy Peck, a male woodpecker, and Toby, a male cactus. They work to solve problems and make sure everyone in the town gets along. However, Deputy Peck and Toby almost always end up complicating the situation rather than helping. It is Sheriff Callie who ends up saving the day and is expected to save the day.

“In Disney Junior cartoons, McCoy found that male characters were often only characterized by stereotypical tropes, either the bumbling fool or the arrogant jerk, making them far less appealing and relatable for children.”

“She is, in effect, the mother of the entire town: she nurtures, saves, teaches moral lessons, encourages the others to share and forgive,” McCoy explained.

According to McCoy, this is a common aspect of current Disney Junior cartoons — women and girls are empowered, strong, and individually capable of accomplishing whatever feats they wish — but often in superficial ways that overemphasize individualism, making it so that women and girls not only can do anything, but they also must do everything and do it on their own. Often, women and girls are the heroes and main characters and, consequently, the ones children aspire to be like. While this seems like a more healthy depiction of females, Disney Junior’s current representation of male characters is limiting for both boys and girls. McCoy argues that by keeping male characters in stereotypical tropes and having the female characters do and be everything as the heroes, the male characters end up undercutting the female ones. They are simply laughed off as helpless and have no responsibility to grow or change, portraying an unbalanced world where the societal burden is placed solely on female characters.

Related: How can women find balance in an ever demanding modern world?

“Often, women and girls are the heroes and main characters and, consequently, the ones children aspire to be like.”

Professor of political science Linda Beail, Ph.D., and her 13-year-old daughter, Caroline, noticed problems with the way genders were portrayed in other Disney shows as well. Following McCoy, they presented their co-authored paper examining representations of girlhood in pre-teen shows on the Disney channel, which currently reaches 166 countries. In 2015, it was named the most watched channel on cable networks.

Across shows like “Liv and Maddie,” “K.C. Undercover,” and the “Teen Beach” movies, themes of girl empowerment and agency and an assumption of gender equality were rampant. However, though female characters took the lead in these shows, they were often pigeon-holed into only one of the following stereotypes: the pretty girl, the sporty girl, or the smart girl. A main narrative strategy employing these stereotypes was the doubling of identity. To illustrate, Caroline explained her experience watching the show “Liv and Maddie,” which focuses on twin sisters who couldn’t be more different from one another — one is a feminized actress and the other a tomboy athlete.

“But, as I was watching and trying to relate to these characters, I thought, ‘I’m not just one of those stereotypes.’ Real girls don’t fall into only one category. Most girls have many different interests. They’re capable of being good at more than one thing.”

While this example represents an inadequate and restricted portrayal of girlhood, the Disney channel has tried to empower females in other ways. According to Beail, it promotes strong female friendships and has intentionally resisted the hyper-sexualization of girls occurring in other media channels. However, the Beails noted that by focusing on the individual female journey over and above a push for social change, Disney is missing an opportunity.

Linda described an episode of “Liv and Maddie” in which the boys at Liv and Maddie’s school created a rating system for all the girls in their grade. The girls fell prey to this system and began changing themselves to get higher ratings, only to realize it didn’t make them happy. Liv responded to the situation by writing and sharing a song called, “I’ll Show You What a Girl Is.” Lyrics like “It’s not about your dress size/It’s about what’s inside” played while a video of girls with many different looks and interests were shown giving themselves the highest ratings. While this pushed forth the idea that the girls are in control of how they feel and do not have to be subject to boys’ critiques, the show makes no mention of change required by the boys or the larger culture.

“The takeaway was a neoliberal, post-feminist, individual perspective where girls say to themselves, ‘I’m going to feel great about myself,’” Beail explained. “But then the desire for social change is blown apart. In the end, the world is still sexist.”

“Real girls don’t fall into only one category. Most girls have many different interests. They’re capable of being good at more than one thing.”

Disney has been heavily scrutinized in the past for its limiting portrayals of female characters, particularly Disney princesses — which make up the number one selling marketing brand in the world today according to Melissa Newman, Ph.D., PLNU professor of communication. In response, the company has made great strides in recent years to better represent women and girls, including its “#DreamBigPrincess” initiative, a fundraising campaign for the United Nations Girl Up program that supports and empowers girls in developing countries. Its progress is evident in films like Mulan, Brave, and Moana — centered on female characters who reject the traditional idea of what being a princess is and are portrayed on film as strong, capable, and self-sufficient.

But the marketing of female characters hasn’t always matched their portrayals on film. According to an article in the Los Angeles Times, when Merida from Brave was officially added to the list of Disney princesses in 2013, she was over-feminized and sexualized, showing a character very different from what viewers watched on screen and leaving many parents angry and torn. Thankfully, Disney retracted this makeover, changing her back to what the company called the “strong and determined Merida from the movie whose inner qualities have inspired moms and daughters around the world.”

Despite the negative aspects of Disney’s princess culture, and problems with gender portrayals in its cartoons and pre-teen shows, Newman, McCoy, and Beail see potential in Disney. They are hopeful the media giant will continue to press further into better representations of females and feminism, where both genders are held to equal responsibilities and treatment. As McCoy said, “the media we use and the stories they tell help to make us who we are.”

Related: How are women faring beyond the world of Disney and in the realm of science and technology?

McCoy, Beail, Newman, and Lisa Raser, Ph.D., presented more of their Disney scholarship in February 2018 at the annual meeting of the Western States Communication Association.