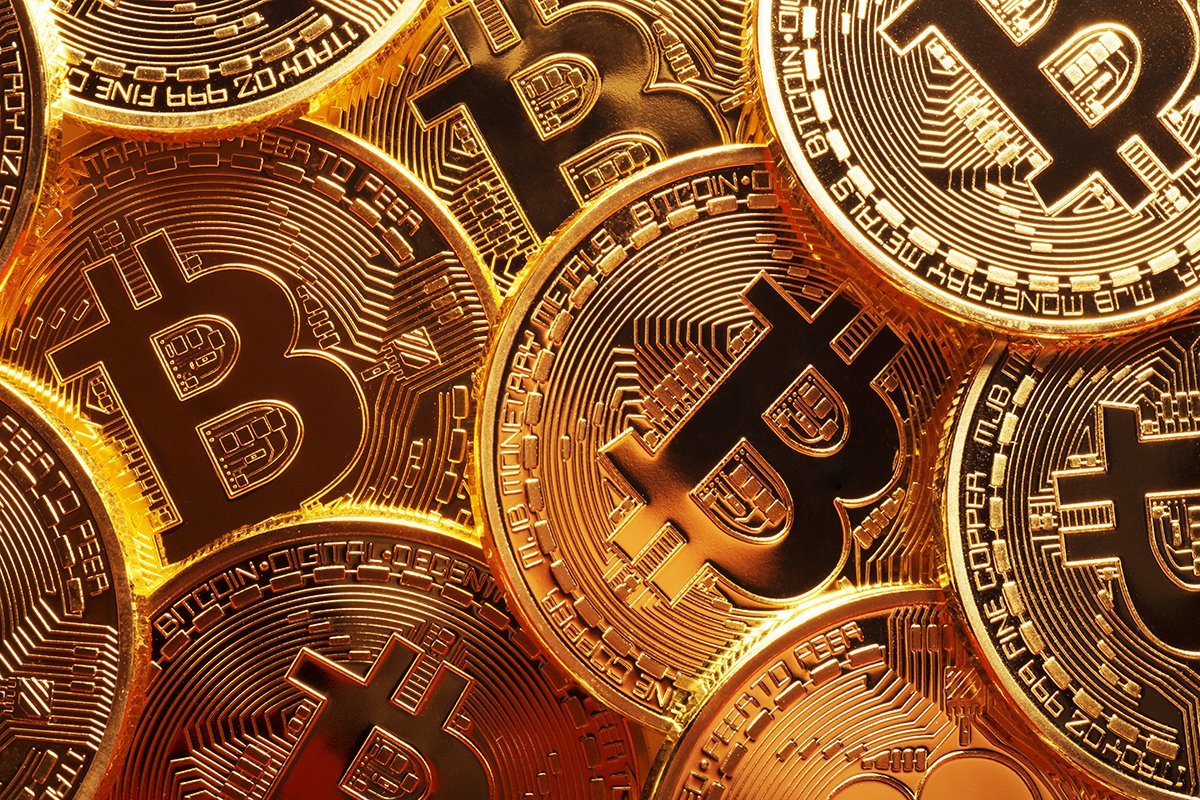 Home Topics Leadership & Business What is Bitcoin? A Simple Overview for Business-Minded Professionals

PLNU’s Fermanian Business and Economic Institute provides clarification about the strange world of Bitcoin and other cryptocurrencies, as well as sheds light on some of the opportunities available for business professionals and entrepreneurs.

Bitcoin was the first cryptocurrency created utilizing blockchain technology. Cryptocurrency is a completely digital form of money with no physical backing, such as gold. Further, unlike the dollar or other currencies, it is not backed by any government or central monetary authority. It is handled solely by those who use it rather than going through a middle man, like a bank or a payment processor. This allows for a quicker, less costly way for businesses, organizations, and individuals to electronically transfer money to and from each other.

Blockchain is the structure of data in a decentralized, digital ledger that aids in tracking transactions in a computer network. Each transaction is represented by large “blocks” of data that are continually stored and saved across many different network computers. The transactions are secure since each block is timestamped and locked from altering. When a transaction occurs, a consensus of multiple network users must execute algorithms to validate the transaction and accept the new “block” of data to be added to the ledger. In regards to Bitcoin, blockchain technology ensures ledger authenticity and eliminates the possibility of “double spending,” or spending of a single coin more than once.

How did it get started?

An unknown person or group under the name Satoshi Nakamoto created the original rules of the Bitcoin network and released the software to the world in 2009. Not much else is known about the inception of Bitcoin. Many have come out in recent years claiming to be Satoshi Nakamoto, but none of the claims can be validated.

Not much else is known about the inception of Bitcoin. Many have come out in recent years claiming to be Satoshi Nakamoto, but none of the claims can be validated.

How does it work?

Anyone can download and use Bitcoin software which tracks transactions of bitcoin tokens using the blockchain technology. Just like a bank is responsible for tracking and verifying debit and credit card spending, “miners” make sure Bitcoin transactions are recorded and legitimate.

What is bitcoin “mining”?

Mining is a very important aspect of Bitcoin. Just like mining natural resources, mining requires a sizable amount of energy and there is only a finite amount of resources to be mined. Unlike typical currencies where governments issue new money, new bitcoins are introduced into the market when miners solve complex math problems to approve transactions. Miners who complete the computational puzzle the fastest are rewarded with a specified amount of bitcoins in exchange. There are roughly 17 million bitcoins in circulation now, but the maximum amount that can be mined is 21 million and most think this limit will be reached around the year 2140. Miners are also awarded the fees paid by users to send transactions, which will become a higher percentage of mining income as the number of new bitcoins released decreases.

How is a bitcoin valued?

How can I use it?

Because the idea of cryptocurrency is such a foreign one to most of us, it may be hard to imagine how to use it. Paying with a dollar bill or with a credit card makes much more sense to us because we are using something physical. If more and more retailers begin allowing the use of bitcoins, they could essentially become an online form of cash. To buy and spend bitcoins, you need a bitcoin wallet and address (software that allows you to send and receive bitcoins) and some bitcoins. In addition to making purchases, you can also use them to repay or send money to others, invest and trade them, or simply hold on to them.

Are there opportunities for business professionals and entrepreneurs?

The easiest way for business professionals and entrepreneurs to reap the benefits of Bitcoin is to simply begin accepting them in their businesses. By accepting bitcoins, businesses can reach a new market of customers who want to pay with digital currency. Companies like Amazon, Tesla, and Microsoft have begun accepting bitcoins. Bitcoin can be especially appealing to smaller businesses since each transaction is quick, irreversible, and anonymous. Bitcoin payments hit a digital wallet almost instantaneously and can be transferred to fiat currency, such as the dollar, in minutes. The speed of authorized payments allows for products to ship sooner and eliminates time wasted disputing transactions. Credit card transaction and chargeback fees also eat away at profits, but Bitcoin offers low or no transaction fees. Business owners utilizing Bitcoin can also reach into international markets much more easily. Accepting bitcoins removes the costs of money transfers in the form of international fees and exchange rate conversion. The major current factor holding back the use of Bitcoin as a medium of exchange or payment is its extreme volatility. Buyers or sellers could see the prices of products or services swing up or down by thousands of dollars in just a few days or even minutes.

Are there opportunities for investors?

First, it must be clarified what it means to invest. Buying and holding bitcoins? Trading bitcoins? Mining bitcoins? Or participating in bitcoin high-yield investment programs (HYIP)?

What are the risks that come with Bitcoin?

Risks are inevitable since there is no centralized bank ensuring the value of each bitcoin. With the decentralized exchanges possibly recording transactions outside of the U.S. borders, the Securities and Exchange Commission (SEC) cannot fully utilize its power to get your money back should fraud occur. The price of a bitcoin is not the only unpredictable component to the cryptocurrency. Transaction fees have proved to be just as volatile. The average transaction fee was $55 in December of 2017 and is now back down to about $1. Other risks include:

What about the future of Bitcoin and other cryptocurrencies?

“Money” has historically had two primary functions: a means of exchange and an asset. At this juncture, bitcoins and other cryptocurrencies have been used primarily by traders hoping or speculating that they can earn high rates of return on rising prices on an asset. This trading has sparked enormous volatility that has both raised the risk to potential investors and prevented a widespread adoption of bitcoins and similar offerings as a general means of exchange in trade and commerce. Central banks are now exploring the space, with research into ways they could offer backing to their own cryptocurrencies.

In conclusion, cryptocurrencies are very likely to become more dominant in the future. At this point, they are more the vehicle for traders and could be the victim of a speculative bubble. This volatility also makes them impractical for most businesses. Caution is now advised for individuals, companies, and investors.