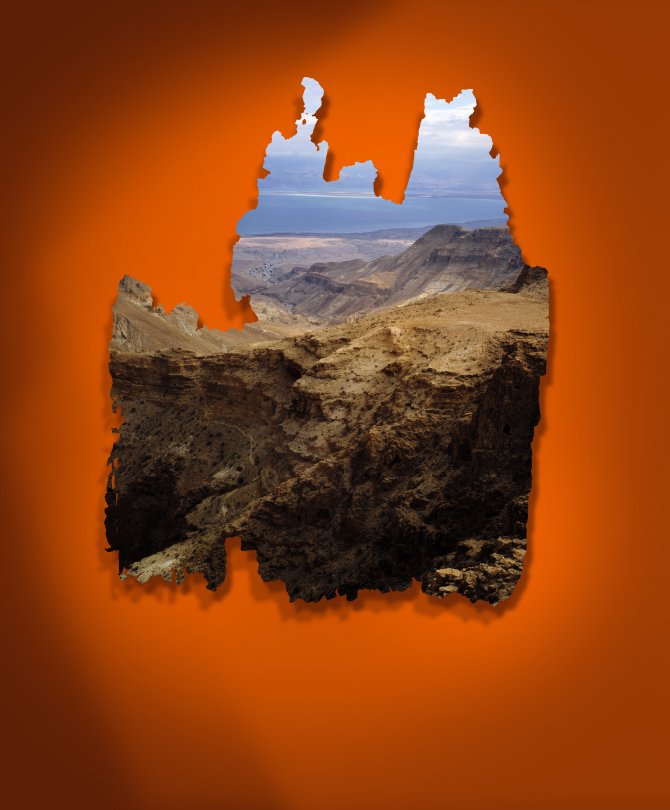 Their accidental discovery has provided scholars with a peek into the practices of at least one Jewish group during the era in which Jesus lived. They also contain the oldest known manuscripts of many Old Testament books. And the rugged location in which they were found suggests that there may be more texts to find in the future. For all these reasons, their importance and mystique is hardly overstated by those who claim that the Dead Sea Scrolls are one of the greatest archaeological finds in history.

Thanks, in part, to a significant sponsorship by Point Loma Nazarene University, 12 of the Dead Sea Scrolls are currently on exhibit at the San Diego Natural History Museum (with others to follow later this fall). The exhibition gives visitors a chance to view ancient documents up close, as well as to learn something of the amazing story behind their discovery and restoration. 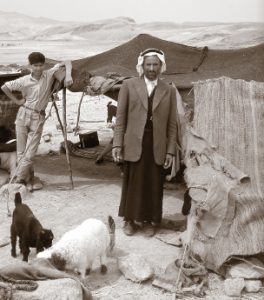 How the Dead Sea Scrolls were found

In the winter of 1946-47, three Ta’amireh Bedouin shepherds were tending their goats on the rocky terrain of the cliffs near an old ruin, Khirbet Qumran, on the northwest shore of the Dead Sea. One of the men, Jum’a Muhammad, set out to bring back several goats that were climbing too high.2 It was while he was clambering up the rocky side of the cliff that he noticed two small caves in the rock. He idly tossed a stone into one of the small openings. What he heard next excited him: the sound of breaking pottery. He called to his two cousins who were with him, Khalil Musa and the younger Muhammad Ahmed el-Hamed, nicknamed edh-Dibh (“the wolf”). Jum’a hoped that inside might lay treasure. Since it was nearing nightfall, the three made camp, planning to explore the discovery further in the morning. Edh-Dibh awoke first and entered the cave while the others were still sleeping. What he found disappointed him. Inside was not treasure but old scrolls stored in clay jars. (Scholars believe these first-discovered scrolls were the Great Isaiah Scroll, the Habakkuk Commentary, and the Rule of the Community).

Over the next few weeks, Jum’a and other Bedouins searched the area near the first cave (referred to as Qumran Cave 1). They found several more scrolls during that time. The scrolls were sold to Khalil Iskander Shahin (“Kando”), a cobbler who dabbled in antiquities. From Kando, the scrolls made their way into the hands of one of his fellow Christians, Metropolitan Athanasius Yeshue Samuel. Samuel purchased the scrolls for the equivalent of a little less than $100. Through him, scholars, including E.L. Sukenik of Hebrew University, eventually had contact with the scrolls, and awareness of their importance grew. This did not happen immediately, however, as attested by a 1954 Wall Street Journal ad offering four of the scrolls up for sale as “an ideal gift to an educational or religious institution by an individual or group.”

What’s in the Dead Sea Scrolls?

Between 1947 and 1956, thousands of scroll fragments, which were subsequently pieced together to form more than 900 separate documents, were found in 11 different caves near Qumran. Most of the texts were written on leather parchment, but some were composed on papyrus. There is even one scroll written on copper, aptly named the Copper Scroll. All or part of every book in the Hebrew Bible, except for Esther, is represented among the fragments. In fact, more than 200 of the scrolls found are either parts of or complete biblical texts. The other scrolls include apocryphal scrolls (religious texts not in the Bible) and sectarian scrolls (texts pertaining to the particular religious sect that composed them, such as community rules, poetry, and various other writings).

Who wrote the Dead Sea Scrolls?

No one knows for certain who wrote the manuscripts found near Qumran, but scholars have some theories based on archaeological evidence. The fact that the caves are in close proximity to the ruins – none more than a 30-minute hike away – suggests a link between the composers of the scrolls and the residents of Qumran. In fact, Cave 4, where three-quarters of the scrolls were found, is accessible only by walking through the Qumran site. Pottery found both in the caves and at the site matches. And according to Harvard Hebrew professor Frank Moore Cross, coins were found at the ruins near Qumran that suggest the first buildings were constructed between 140 and 100 B.C.E.3 Paleography, the study of writing, helps to date the manuscripts to a similar time period. Cross says that paleography suggests that a small number of the biblical scrolls were written between 250 and 150 B.C.E. Many others, including both biblical and non-biblical texts, were written between 150 and 30 B.C.E., and a final large group of sectarian scrolls were written between 30 B.C.E. and 70 C.E.4 Carbon-14 dating has helped to confirm these estimates.

Dating the scrolls helps to identify possible scribes and authors by telling historians in which sets of ancient writings and data to look for clues. It turns out that there are four main Jewish groups contemporary to the archaeological evidence mentioned in other sources: the Hasidim, who appear to have dissolved during the Maccabean era (142 to 63 B.C.E.), the Essenes, the Pharisees, and the Sadducees. For a number of reasons, many scholars believe the community found at Qumran, the community likely to have been responsible for the writing and copying of the Dead Sea Scrolls, was made up of Essenes (or at least one group of Essenes).

Based on the writings about the Essenes, the content of the Dead Sea Scrolls, and archaeological evidence found at Qumran, scholars have postulated about the Essenes’ beliefs and daily life. They were, it seems, obsessed with the law and with purity. They were also a “priestly” sect. Their leader was a priest (whom they referred to as the “Teacher of Righteousness”), as was their named enemy (the “Wicked Priest,” who was likely a priest in Jerusalem at the time). The Essenes were also apocalyptic, meaning that they believed they were living in the last days before the Kingdom of God would arrive. The sectarian scrolls indicate that they were awaiting two messiahs – one royal and one priestly. They expected God to eventually overthrow and destroy the Wicked Priest. Their deep beliefs about prophecy lead them to use these texts to explain minor daily occurrences and major political events (such as the Seleucid rule, the Hasmonean war, and Roman rule).

The layout of the ruins in Qumran suggests that working with Scripture and other sacred texts was a primary activity in the Essenes’ daily lives. For example, at the center of the ruins, there is a large room often interpreted to be a “scriptorium,” where scribes may have worked to copy the scrolls. There are also rooms that appeared to have been used as studies and libraries.

Some of their practices may seem familiar to modern-day Christians and Jews, according to Dr. Risa Levitt Kohn, associate professor of Hebrew Bible and Judaism at San Diego State University and curator of the San Diego Natural History Museum’s Dead Sea Scrolls exhibition.

“Some of the information in the scrolls regarding rituals and practices that people thought were novel to Judaism or Christianity suggests that the people who authored the scrolls may have engaged in similar – though not identical – practices,” Levitt Kohn said. For example, the ruins at Qumran contain many baths used for ritual purity. Coupled with the description of ritual cleansing in the scrolls, it is possible to conceive of a link between this means of spiritual cleansing and the idea of baptism. While the two are not the same, there is a common symbolism of emerging from the water changed.

Another example is that the scrolls speak of dining communally. The importance of communal meals is also seen in the New Testament at the Last Supper, which began the Christian practice of communion.

In Judaism, the practice of wearing leather phylacteries (small boxes containing Scriptures worn by Orthodox Jews) is evidenced by the Qumran community, as are communal prayers.

Not all scholars believe the Jews at Qumran were Essenes. Dr. Lawrence Schiffman, professor of Hebrew and Judaic studies at New York University, for example, believes the Qumran group may have actually consisted of Sadducees.

Other scholars, such as Dr. Norman Golb of the University of Chicago, suspect that the scrolls were not created at Qumran at all but may have been copied in Jerusalem and hidden in the caves near Qumran when the Romans laid siege to Jerusalem. Scholars who believe the scrolls were not connected to Qumran posit that the ruins suggest the site may have been a pottery factory, a fortress, or another secular venue.