Each year, San Diego Metro Magazine recognizes 40 of the most influential leaders in San Diego under age 40. Among the awardees are individuals who have made outstanding contributions to their profession, industry, and/or community. SD Metro’s 40 Under 40 is a unique program in San Diego. The winners are vetted through a nomination and judging process. The result? A list it’s an honor to join. In the past two years, two young PLNU alumni have been recognized as 40 Under 40 recipients. Their strong work ethics and service-oriented, forward-thinking, and sharp minds helped them make the list.

When Lorie Zapf was elected to the San Diego City Council last year, she was a newcomer to city politics, so she chose a chief of staff who knew the corridors of city hall well: Job Nelson. Nelson, named to the 2012 40 Under 40 list, already has a long and impressive career in local San Diego public policy and governance.

Nelson caught early glimpses of deep commitment to community service from his father, a pastor who was always waist-deep in local community life and needs.

“My parents showed us the idea of giving back to the larger community,” Nelson said. “It was absolutely who we were and what we did.”

Nelson came to PLNU at an opportune time. He joined the speech and debate team just as it began an upward push to national rank and prominence.

“Debating policy questions competitively for PLNU, I fell in love with public policy,” Nelson said. “I began to see how policy shapes community service when it is put into action.”

Like so many PLNU students before and since, Nelson read classic Russian literature with Dr. Mike McKinney and was inspired by his professor’s heart for others in need.

“Here was an amazing scholar in the university also working as an attorney representing death row inmates,” Nelson said. “Watching him, I saw how Christian people can be engaged out in the larger world.”

Heading into his senior year, Nelson made plans for law school and did his senior year internship in public policy at the Pacific Research Institute in San Francisco. The internship went so well it turned into a post graduation fellowship, and there, Nelson made a career-altering realization: Rather than practicing law, he wanted to help craft the law itself. He went on to earn a Master of Arts in public policy from Claremont.

After some policy work in the California State Senate, Nelson came back home to San Diego to take a job as a senior policy assistant in former Mayor Susan Golding’s administration. Two and a half years later, he had been promoted twice, first to press secretary and next to deputy chief of staff. As Golding termed out of office, Nelson came back to PLNU and served two years as director of community relations, helping establish that office and build bridges between PLNU and San Diego.

In 2005, Nelson volunteered as a pollster for San Diego mayoral candidate Jerry Sanders. Sanders’ run was successful, and Nelson was appointed to a variety of roles during Sanders’ two mayoral terms. Nelson flourished as senior policy advisor for special projects and director of the Office of Intergovernmental Relations. He found gratification by bringing entities together to cooperate for mutual benefit.

“I enjoy the deal making, building coalitions across party lines, bringing everyone to the table, and getting things done,” Nelson said. “When I worked up in Sacramento, very little of what we did actually impacted people’s daily life. City government, the local level, that’s where the rubber meets the road.”

The metaphor was made literal when Nelson represented the City of San Diego in establishing a major regional transportation plan that sets a decades-long course for freeways and public transit.

Nelson’s collaborative accomplishments while working for Mayor Sanders are numerous. He was appointed the “stimulus czar” during the fiscal crisis. Over the course of about three years, Nelson helped secure over $1 billion in resources for the San Diego region. He helped pass funding for the arts. He worked on a small business legislative package creating both a small business liaison and regulatory relief days, establishing a process for review and removal of unnecessary regulation that stifles local entrepreneurship. He helped craft an anti-methamphetamine production ordinance that was groundbreaking and made San Diego a model for other cities. 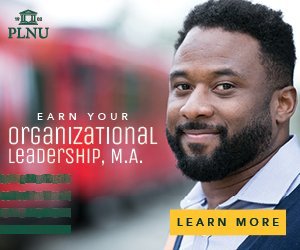 “We have a lot of very smart people here, and it shows in the companies and products that we produce,” Nelson said.

Nelson also notes that San Diego has a fantastic location, not just the gold-standard weather but unique strategic economic potential at the nexus of the Pacific Rim and the U.S./Mexico border.

Nelson acknowledges that there are serious challenges to San Diego’s future— some he is able to address crafting policy as chief of staff for Councilmember Zapf.

“We have infrastructure challenges,” Nelson said. “It’s hard to hold onto companies if the roads are in bad shape, and they can’t get product in and out.”

Also, the uniqueness of San Diego is that it is not beholden to one political party or the other.

“San Diego is a very bipartisan city,” Nelson said. “This is good, but there is a real danger if it becomes too divisive.”

For Nelson, it always comes back to community service and bridging diverse interests to make progress together. As local San Diego politics becomes more partisan and even nasty, sometimes for political interest, Nelson remembers his root motivation. He reflects on his father’s ministry and a message he heard over and over at PLNU: A career can be more than work; it can become a Christian vocation, given for others, done for God.

“Christian vocation is more than career ministry,” Nelson said. “We can all work as Christians to make our world better for everyone.”

Carter was raised in Temecula, an hour north of San Diego. Now a city of 100,000, it was first incorporated not long after Carter was born when it had just three stoplights. Carter is still very connected to the values he learned in his hometown: respect, humility, and hard work.

Carter says he was a “mediocre student” in high school. His grades didn’t guarantee him easy entrance to college.

“I remember sitting on the track at PLNU after my admissions visit and praying that God would help me to get in,” Carter said.

Freshman year he declared a major in business, but his passions were diffuse. He thought about entering the FBI or becoming a pilot. Everything came quickly into focus when Carter took courses in real estate and finance. He fell in love with the intense problem solving, practicality, and dealmaking aspects of both subjects.

“Professor George Fermanian is very open, and I loved his class [in real estate],” Carter said. “It clicked for me how you could apply this knowledge to making money and creating opportunities. It wasn’t rocket science but hard work.”

In addition, Carter says his finance class with Dr. Jim McEliece was a phenomenal course.

“It was brutal, but I couldn’t get enough of it,” Carter said.

Carter’s relationship with God strengthened through those two classes, too.

“For the first time I had confidence that, with the Lord, I can do this,” Carter said.

With new confidence, he excelled. Carter also led the Surf-and-Serve ministry that at that time helped build homes in Mexico. He spent a summer ministering musically and relationally at summer camps and churches as a part of one of PLNU’s summer ministry teams.

In 2006, after graduation, Carter went to work in San Diego commercial real estate. During his first eight months, a pattern emerged.

“There was one company I continued to hit my head against,” Carter said. “They were everywhere, and they seemed to represent every single company.”

Carter studied the company, now called Hughes Marino, and asked its owners for a short meeting. He sat down in the office of the company’s former CEO, Craig Irving, and shared his observations about the strength of their business model. Carter noticed that all of the brokers were in their mid-thirties and older. He asked Irving, “How do I work here in five or 10 years?” The two hit it off talking business and one lively meeting led to a second. Carter found himself on the cusp of a big break. 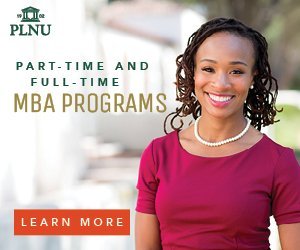 “Here I was pitching myself in my Amvets [Thrift Store] suit with these guys who are all polished,” Carter said.

As they ended the meeting refusing to take a risk on him, Carter had the tenacity to tell them they were making a mistake. They called him back later and agreed to give him a shot.

Carter came into the business with no clients, and as a kid from Temecula, he had no San Diego A-list network. Now, just over five years later, he has more than 100 of them. He builds community connections by calling CEOs of growing businesses and gently but persistently seeking a relationship. He builds trust and shows them that he knows his business well and that he can be an asset to them when they need to move or grow their businesses.

Carter and Hughes Marino are serious about contributing to San Diego’s nonprofit organizations and building community. Carter has served on the board of Vista Hill Foundation, a local youth-development organization. He has recently joined the southwest regional board of Volunteers of America, a faith-based nonprofit. Carter and his wife, Ashlyn (Donatelli) (06), are also strong supporters of PLNU.

Carter loves the San Diego way of life and the business climate here.

“Ethical standards for the business community are extremely high here,” Carter said. “San Diego is a huge city, but it is a very small town in a sense. Every decision you make has long-term effects. It is important to take care of people and treat them fairly.”

Carter says that San Diego is a great place to do business because there are so many smart and innovative people here.

“San Diegans are kick back, definitely different than LA, Orange County, or New York,” Carter said. “But people also do work hard here, and they want to add value to the community. It’s a healthy balance, and long term it is going to pay off.”