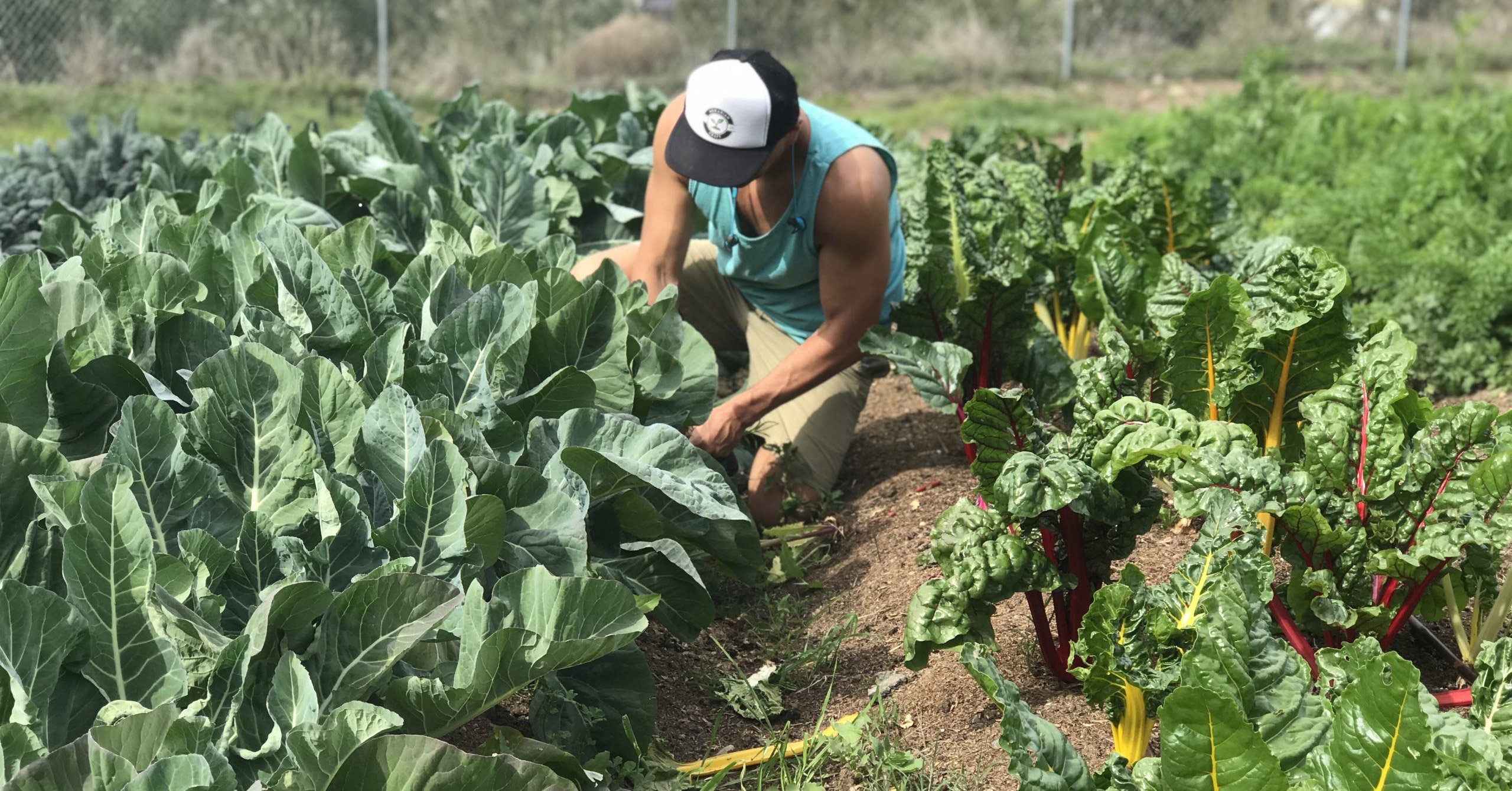 Marcos Mujica (06) was sitting with his friend, Mario Dematteo, lamenting the current state of their lives. Mujica was mourning the loss of a relationship with a woman to whom he was engaged and his friend Mario, having broken his neck in a swimming accident in Costa Rica and now confined to a wheelchair, was coping with the loss of function in all four of his limbs.

“We were both wallowing in our misery in his backyard,” Mujica shared. “Mario’s mom had bought him a tomato plant that, having grown really large with no self-control, had fallen over from its pot and looked like it was dying. So Mario asked me to pick it up, grab a pair of scissors, and cut off the dead branches. I didn’t know what I was doing, but I felt like I God spoke to me, saying, ‘Marcos, you are this tomato plant. You grew large without discipline, fell over, and now I’m picking you back up and pruning things out of your life.’”

It was an incredibly transformative experience, one that led Mujica on a path of farming and gardening.

“I grabbed every book I could on organic gardening and farming and started taking some courses at Wild Willow Farms near Tijuana. It changed my life,” Mujica shared. “And that began a trajectory. I began using agriculture as a way to not only communicate the Gospel, but to provide food and employment to people.”

Influenced by Dorothy Day’s Catholic Worker Movement, Mujica and friends began an urban farm and church plant in downtown Oceanside, growing their own vegetables and making their own compost from manure, in order to benefit people on the street with food, work, and the gospel. After doing this for three years, Mujica’s ministry work, combined with his training as a pastor (he studied philosophy and theology as an undergraduate and took several ministry-related graduate courses at PLNU), caught the attention of a pastor friend in Vista.

“A friend in Vista asked me to join his Presbyterian congregation to lead a revitalization effort, transforming the elder congregation into a multicultural neighborhood church,” Mujica said. “After eight months of persistence, I finally agreed. We sought vision from the Lord, planted a community garden, launched a neighborhood resource center for neighbors in need, planted a spanish speaking congregation, and grew the organizational capacity of the church.”

Surrounded by a stellar team, Mujica served as the assistant pastor, preaching bilingually and supervising neighborhood ministries staff. After doing this for almost six years, he was slated to succeed the senior pastor (who had intended to retire). Believing he was to be promoted as the new senior pastor, Mujica was given a two-month sabbatical before returning in his new capacity.

“I got back from my two-month sabbatical in Chile and learned that things had changed,” Mujica shared. “The senior pastor was not ready to retire and I ended up getting laid off.”

Jobless and not knowing what to do, he sold most of his stuff, packed the bare essentials in his Subaru Outback, and journeyed up and down the California coast for the summer. He participated in World Wide Opportunities on Organic Farms (WWOOF), where he was able to receive lodging and food in exchange for working on farms. It was another experience that revealed the type of work God was calling him to do.

“The experience validated and confirmed that my calling is to take care of God’s creation, both his human and animal creation as well as the earth itself. I was convinced that the way we do church today needs to radically change. We need to have a more expansive understanding of salvation. God intends to use redeemed human beings to liberate the earth from its bondage and decay,” Mujica explained.

After the summer, he returned to his good friend Mario in San Diego with this new mission solidified. They decided to start a company that would exist not just for profit, but a “triple bottom line”: planet, people, and profit. In October of 2017, they launched Agrarian Craft.

Agrarian Craft is a “triple bottom-line” company that strives to generate profit without compromising the livelihood of people or the planet.

According to the website, Agrarian Craft seeks to “redeem the earth through landscaping and regenerative agriculture.” The company offers full service landscaping to both residential and commercial clients in order to help them steward their precious natural resources. Additionally, Agrarian Craft regeneratively grows fruits and veggies for market distribution.

“Our ultimate goal is to regeneratively farm ten acres of land and compost horse manure into rich soil for crop production,” Mujica shared. “This has been our vision for quite some time. We’ve been using regenerative landscaping to make a living and incrementally fund our farming enterprises. In fact, last year was our first full year where I was 100 percent sustained by Agrarian Craft and we were able to provide employment to several others.”

At the heart of Agrarian Craft is regenerative agriculture, which sets about using sustainable and natural methods to prepare soil, farm land, produce crops, and feed local members of the community.

“Regenerative agriculture works with, rather than against nature to produce local organic food,” Mujica shared. “Therefore, instead of relying on synthetic inputs and heavy equipment to farm, Agrarian Craft adheres to five core principles of regenerative agriculture: (1) integration of livestock, (2) keeping soil covered and bioactive, (3) diverse crop rotation, (4) minimal till or no till, and (5) abstaining from toxic inputs.”

“Farms are being destroyed and becoming more dependent on expensive synthetic inputs. But the most important lesson to be learned here is that we need to accept and be subjected to natural God-ordained limits in creation,” Mujica shared. “When we try to transcend those limits there will be consequences, and most often they are passed off to someone else or delayed for a later time.”

In other words, Agrarian Craft seeks to accept the limits of creation as a sign of obedience to God and the work of his hands. While the gift of appropriate technologies can allow us to facilitate regenerative production, it must ultimately work with nature as to not destroy it and, consequently, harm human beings.

Related story: How we can each do our part to reap the benefits of local eating for ourselves and our environment.

And if we have doubts about God’s intention that we accept his natural limits, Mujica points to the greatest example of all.

“God accepted limits and became a finite human that needed to be nursed and changed and had to grow up in this world of scarcity and ultimately die,” Mujica shared. “So if an all-powerful God accepts these limits, how much more ought we to?”

You can learn more about the work Mujica is doing to heal God’s creation by visiting Agrarian Craft’s website.