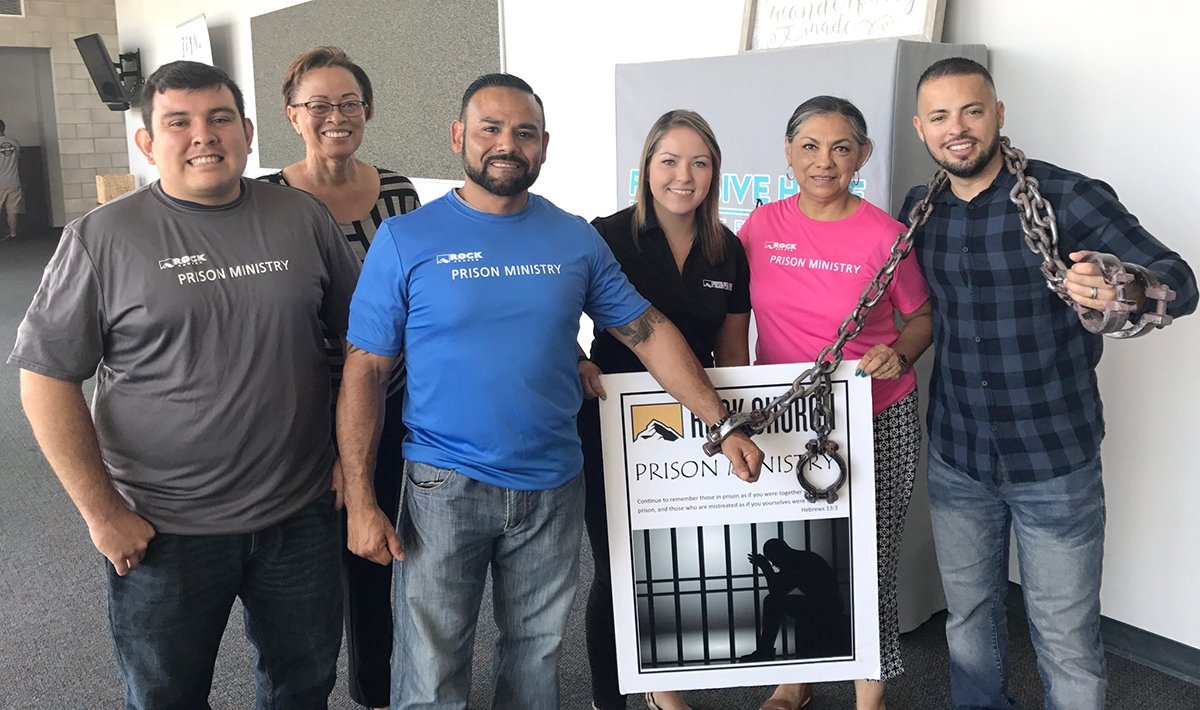 Alfonso Esquer, M.S.W., had been kidnapped, his head and face covered with a black bag. In total darkness, he waited for what he thought was the end — he was going to be killed.

But that moment of terror wouldn’t result in the end of his life, as he was eventually released back to the the Drug Enforcement Administration (DEA) for which he worked as an investigator and special agent. After 8 years doing police work in the marines, serving in both Iraq and Afghanistan, he would go on to spend 12 years as a criminal investigator, working undercover to infiltrate some of the largest and most nefarious drug cartels in Mexico and South America.

“I was exposed to an intense amount of darkness and injustice, which was on a global scale because the DEA has jurisdiction pretty much all over the world. As long as a crime is destined to the U.S. then the DEA can take their investigation over there,” Esquer said. “I travelled to many countries in pursuit of murderers, drugs, money laundering. I did a lot of undercover work, meaning I had to pretend to function like those I was pursuing, and in order to do that you really have to get into their psychology. I came to know their families, their histories, where they liked to eat, how they spent their time. So, obviously, this involved being exposed to drugs, money, weapons, and a lot of violence.”

I came to know their families, their histories, where they liked to eat, how they spent their time. So, obviously, this involved being exposed to drugs, money, weapons, and a lot of violence.

After Esquer was kidnapped and released, he was instructed to see a psychologist. He abided, though when the psychologist asked about how he was processing the traumatic experience of kidnapping and near death he insisted that he was fine. But he wasn’t. Esquer had already been exposed to a number of traumatic, violent, and disturbing things while in the field. Despite all of that, he still would have insisted that he was fine at the time.

“During that time I isolated and compartmentalized things in order to cope in different ways,” Esquer shares. “That’s why I have a passion for not just the community, but also for law enforcement because they have to deal with a lot. And since it’s such a closed community, members within that community can become cynical and feel isolated from others. This is why we see so many injustices with law enforcement and community members, in my opinion, because law enforcement can begin to assume that everybody is bad due to untreated trauma.”

Seeing what he had seen, not only did he suffer symptoms common with those suffering from post-traumatic stress disorder (PTSD), such as depression, anger, fear, panic, insomnia, nightmares, and so on — but being exposed to such evil had turned his worldview cynical.


“There is a cynicism in this type of work and belief that people who commit crimes will just never be able to be restored,” Esquer said. “It comes with a hardened heart and I had that for some time. I would see people involved in crimes and rather than having a heart for them, understanding that the Lord still loves these people regardless of what they’ve done, it was just about locking them away in prison to serve the longest sentences possible. But I had a breakthrough because of the Lord’s grace, which allowed me to change my perspective.”

This grace-fueled transformation would occur after Esquer hit a place of darkness and near despair because of what he had been seeing.

“In seeing so much, and after coming to what I consider rock bottom psychologically, in the sense that I had no more faith in humanity, I started to ask, ‘If everybody is bad and this world is full of evil, then what’s the purpose of even existing here?’ But in the midst of this there remained a side of me that still had a passion for people. So when I was doing these interrogations as a member of the DEA, I would look into these criminals’ eyes and hear the voice of their heart saying, ‘I don’t know how to do anything else. My father’s father was a drug dealer, and so this is all I know how to do, and I was forced to traffic drugs or my father would beat me. And so you ask me why do I do these things? What else do you want me to do?’” 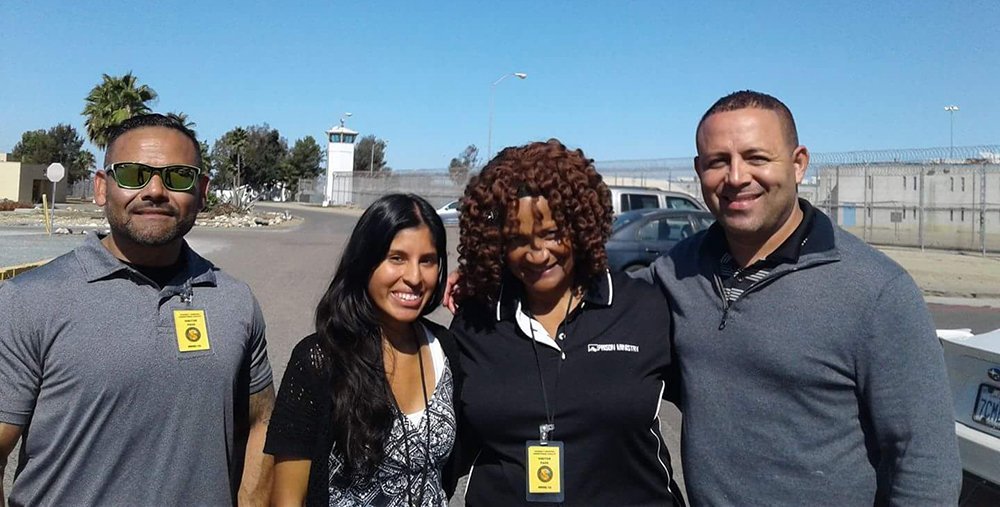 If everybody is bad and this world is full of evil, then what’s the purpose of even existing here?

Esquer decided to leave what was a lucrative career in the DEA, something practically unheard of, because he felt he had seen too much and was losing himself. Still aware of his hidden passion for others, though, he went back to school to receive a master’s degree in social work (MSW) from the University of Southern California, specializing in the treatment of those who suffer from PTSD. After he graduated, he spent five years as a counselor, treating veterans and those in law enforcement for PTSD as well as those with other serious disorders like schizophrenia and bipolar disorder.

“Where I found the most healing was in being willing to be vulnerable, which is something our culture doesn’t encourage. And people, especially those in authority like with law enforcement, do not want to be perceived as weak,” Esquer shared. “That’s where I thrive now, and I love being able to be in the prisons and share about where I’ve been or what I’ve gone through and now where I’m at. Obviously, you don’t want to come out to just anybody, but in a safe place.”

In addition to receiving treatment and healing for his own PTSD, Esquer found continued healing in his work of bringing restoration to others as a counselor as well as in his increased faith in God.

“At that time I started to grow in my faith,” Esquer said. “The Bible speaks of confessing your sins to another so you can be healed, that we should cast all of our cares on Jesus, and take up his yoke for it is easy. I was able to confess all of these things that I felt that I carried. Because I was carrying them it kept me in a form of bondage mentally. And I can say to this day that I’m fully mentally healed. It was strictly the Lord’s grace that was able to break my hardened heart.”

This transformation would change everything for Esquer, starting first with how he viewed himself.

“The way I perceived love was through my achievements, and that was just handed down to me,” Esquer said. “But the Lord revealed to me in the most enlightening way, kind of like Paul’s experience on the road to Damascus, that my value doesn’t come from my achievements or what I do, but it comes by knowing Christ and who I am as a child of God.” 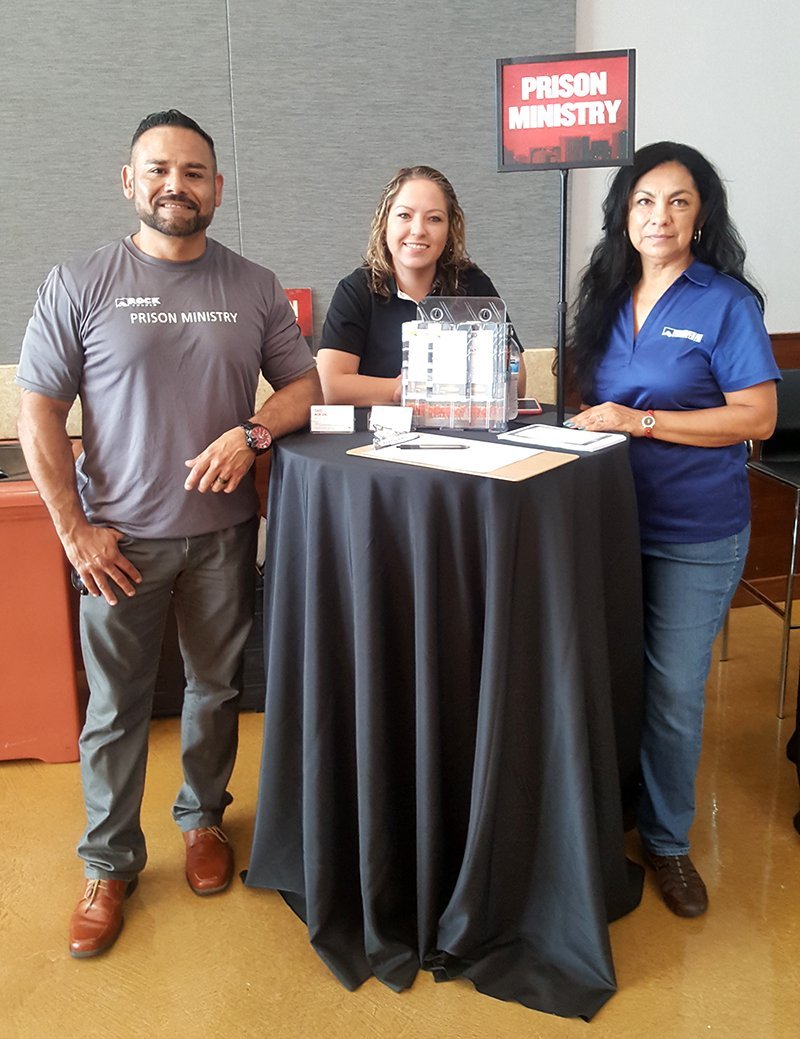 Esquer recently became PLNU’s program director of the criminal justice adult degree completion program. And while he is working hard to expand a program that embraces restorative justice practices for members of the community, he continues to do much for the wider San Diego community. He participated in prison ministry weekly, where he works to bring the Gospel of Christ to men in Donovan State Prison, San Diego County jails, and juvenile halls. He works to build relationships between law enforcement and members of the community partnering with many agencies throughout San Diego County. And he hosts a weekly Bible study made up of current law enforcement officers and former prison inmates. In other words, whether it’s the members of the community who feel victimized by law enforcement, the police officers themselves, or convicted criminals, Esquer strives to see them the way God does — beloved individuals with inherent dignity — and treat them accordingly.

“Now I know I’m in my full calling and purpose, and God’s put me in the exact right place,” Esquer said. “I’m able to go out now and interact with all these prominent law enforcement  figures and share this restorative way of doing things and they’re receptive to it, and I believe it’s because of the experience the Lord allowed me to obtain.”

Esquer is filled with gratitude for the healing and grace that God has poured into his life, and he can’t help but take what he has received from the Lord and pour it back out to others in a profound and missional way in order to restore those involved in all levels of the criminal justice system.

Now, I sit next to a criminal whom I once judged and despised and see them with the heart of God and am able to guide them toward the Father’s love.

“All of my experiences now serve as a testimony for the Lord. As a law enforcement officer, I had allowed my heart to become cynical and hardened,” Esquer shared. “I was dedicated to putting people in prison to serve the longest sentences possible. The grace of God and the restoration He has given me has allowed me to now fervently serve those incarcerated and assist in their transition out of prison. Now, I sit next to a criminal whom I once judged and despised and see them with the heart of God and am able to guide them toward the Father’s love. Who could bring that together but the Lord?”

Related Article: The brave work of finding common ground with others.